Cut it and eat it? Bite directly? How to eat mooncakes in your hometown

Chinanews client, Beijing, September 10 (Reporter Shangguanyun) "Have you bought moon cakes?" As the Mid-Autumn Festival approaches, "moon cakes" has become a frequently mentioned keyword. Recently, along with hot searches, eating moon cakes Law has become a hot topic again.   Some people say that when people in the north eat moon cakes, they often pick up moon cakes and eat them directly, whil 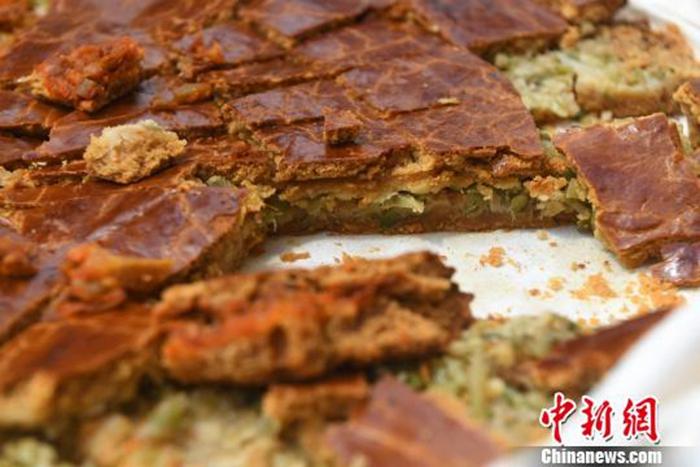 In fact, moon cakes not only have a long history, but also have a variety of flavors.

Cut it and eat it?

For the Mid-Autumn Festival, moon cakes are seasonal delicacies.

Some people have also put forward different opinions: Whether moon cakes are eaten cut or not has little to do with the region. Sometimes it may be because moon cakes are high in oil and sugar. It is too greasy to eat one directly. Cut and eat. You can share it with others and taste it. Many flavors.

"Moon cakes are cut and eaten. This custom should exist in the north and the south. There may be fewer large moon cakes in the north, but it is not unavailable," said Wang Juan, a folklore expert.

She mentioned that since the Ming Dynasty, moon cakes have been large and small, and the moon cakes used in the sacrifice will be larger. After the sacrifice is completed, the big moon cakes must be eaten separately, so if you want to cut them, you don't need to cut the small moon cakes.

Regardless of whether it is eaten cut or eaten directly, Wang Juan mentioned that nowadays, with rich material, it is natural to eat something good or a delicacy that symbolizes reunion during the Mid-Autumn Festival, but you must be careful not to be extravagant and wasteful.

How much do you know about the taste?

Not only is the way to eat mooncakes, but there have also been discussions about the taste of mooncakes before, such as the "sweet and salty controversy".

There is a poem from Su Shi that has been widely spread, "Small cakes are like chewing moon, with crisp and syrup in it". According to this, some people think that moon cakes in Song Dynasty are sweet.

Data map: A mouthful of handmade moon cakes are full of mellow fragrance, with rusticity and a long aftertaste.

In fact, according to legend, there was a kind of "Taishi cake" during the Yin and Zhou Dynasties, which was the embryonic form of moon cakes. This kind of cake had a thin edge and thick center without fillings, which was quite different from the moon cakes that people are familiar with now.

Wang Juan introduced that there were many cakes in the Tang and Song dynasties, but most of them have nothing to do with the moon cakes that people understand today. They are like soup cakes, which are actually noodles.

Only in the Ming Dynasty did the term "moon cake" for Mid-Autumn Festival.

Over time, mooncakes have more and more flavors.

In the Ming Dynasty, the "Scene of the Imperial Capital" stated: "On August 15th, the sacrifice of the moon, the fruit cake must be round." At this time, the moon cakes were not small, and "the cake has a diameter and two feet", which can be called the "super moon cake" at that time. .

In addition, the fillings of Qing Palace moon cakes are not only sugar filling, candied fruit filling, Chengsha, jujube filling, but also sweet and salty filling of sesame and salt.

Since then, fresh meat and cloud legs have gradually joined the ranks of mooncake fillings.

It's not just good food

Searching for childhood memories, moon cakes always seem to be related to some warm past events.

Some netizens mentioned that they had eaten self-made red moon cakes when they were young, they tasted so good, and they still like to eat them now.

Compared with the past, the shape of moon cakes has now undergone many changes. It is no longer limited to round and square shapes. There are even moon cakes that directly adopt the appearance of emoticons.

Although it is not easy to say how many people try, it always attracts a lot of attention.

However, people’s discussions on the ways of eating mooncakes, how to make mooncakes, and folk customs on the Internet reflect everyone’s emphasis on traditional culture and the enjoyment of the festive atmosphere.

A small piece of moon cake is not just a delicacy for the festival. When people talk about moon cakes, what they expect in their hearts is probably the happiness and safety of the family in the years to come.