Pollution from forest fires causes 234 deaths a year in Spain and 33,500 in the world

Pollution caused by smoke from forest fires has become a new problem for global public health, as the first study in ... 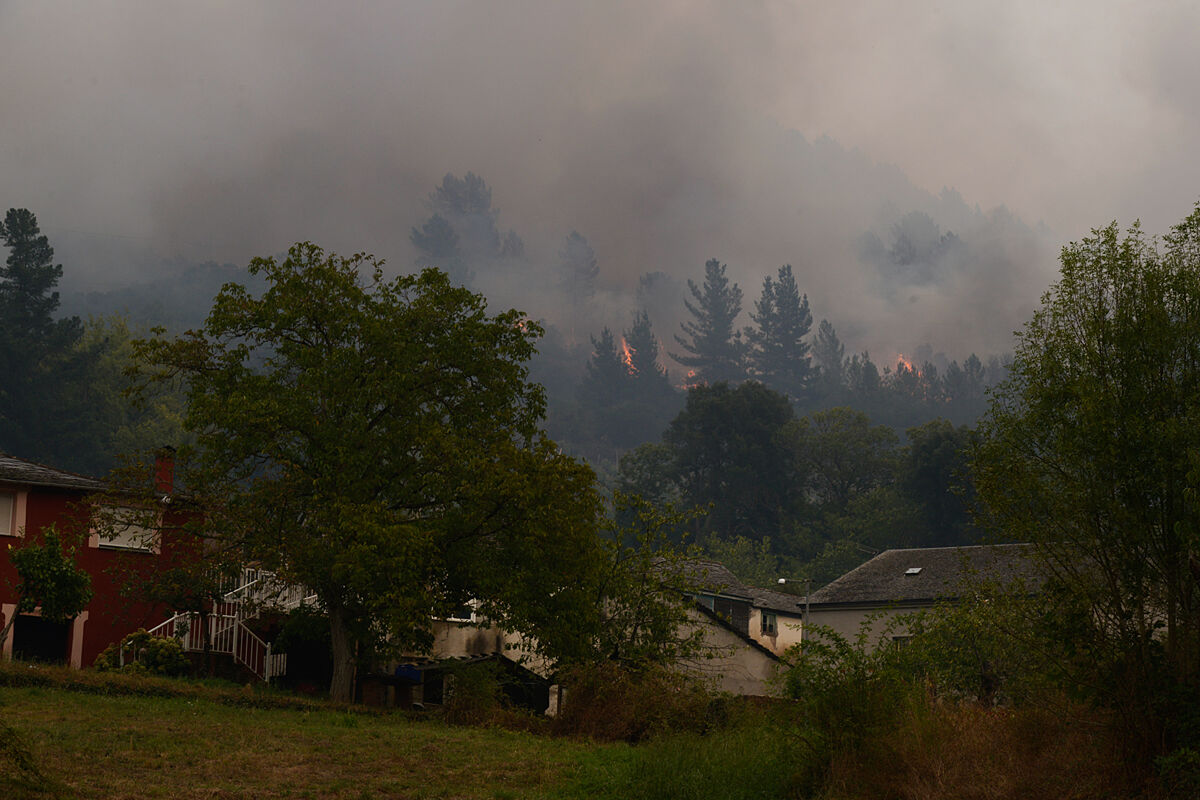 Pollution caused by smoke from forest fires has become a new problem for global public health, as has just been shown by the first study to analyze deaths linked to the particles thrown into the air by wildfires on a global scale.

Deaths "directly attributable to fire pollution" amount to 33,500 per year in the world, a figure that has increased in recent decades and

is expected to continue growing in the future

, due to climate change. This is clear from the new research, published today by

and in which dozens of experts from around the world have participated, including Spain.

When a fire occurs, the atmosphere becomes contaminated with particles smaller than 2.5 microns (PM2.5), which remain suspended in the atmosphere and

, according to the researchers. As a result, fires can not only cause serious injuries, burns and psychological damage to those facing the disaster on the ground, but they can also harm the inhabitants of cities and towns that have not been directly affected, as the new study shows.

PM2.5 particles come from various sources, such as diesel engines, and are a common indicator of urban pollution, which is why they are measured regularly in cities. Scientists have crossed the death figures in 749 cities with the data on the concentration of particles from forest fires, which they consider even "more toxic" than those generated in urban environments. Due to their even smaller size, they

easily penetrate the lungs and, through the alveoli, into the blood

Previous research had already shown that PM2.5 particles from wildfires pose a health risk, causing an increase in hospitalizations and deaths. But the studies had been limited to specific cities or areas. Now, for the first time, its impact has been measured on a global scale, and confirmed "

robust epidemiological evidence for the acute effects of PM2.5 exposure

linked to forest fires, based on a large multinational dataset and standard statistical methods, "the study concludes.

"In the context of climate change, our Earth has experienced increasingly intense forest fires, and the trend will continue in the future," Yuming Guo, professor of Public Health and Preventive Medicine at Monash University, in Melbourne ( Australia) and lead author of the study. "A

global effort and commitment is required to tackle climate change

and reduce the frequency and effects of forest fires and the smoke they cause," he adds.

Spain is one of the countries for which the most data has been analyzed, coming from 52 cities. The largest peaks of particles from fires in our country have been concentrated, between 2000 and 2016, in the northwest of the peninsula, where several points accumulate that have reached daily maximums of between 50 and 100 particles, measured in micrograms per meter. cubic. The

border between the US and Canada, the Amazon, Indochina or Korea

are among the areas with the most peaks above 100 cubic micrograms per day.

Mortality, however, does not depend only on particle concentrations, but also on the vulnerability of each region, Guo recalls.

In absolute terms, the country where the new study has identified the most

is Japan, with more than 7,000 deaths in the 47 of its cities whose data have been analyzed (the Japanese population amounts to 126.5 million population).

"In percentage terms, the annual mortality attributable to PM2.5 particles from fires is higher in countries of Central and South America and Southeast Asia. European countries seem to be less affected, although not exempt from risk. For example,

in Spain we have calculated 234 annual deaths attributable to pollution by PM2.5 particles

from fires ", explains to this newspaper the researcher Aurelio Tobías, one of the authors of the work and scientist at the Institute for Environmental Diagnosis and Water Studies, belonging to the CSIC.

"It is a problem that, due to climate change, is going to get worse in the coming years. You just have to look at the fires that occurred this summer in the US and Canada, Greece and, to a lesser extent, Spain," continues Professor Tobías. "The authorities should

implement as soon as possible policies to mitigate climate change

and effective actions to conserve forests and vegetation."

Of the total of 234 deaths observed per year in Spain, 74 correspond to cardiovascular problems, and 27 to respiratory problems, which are the two most common causes, although not the only ones, associated with pollution from fires.

Furthermore, the Mediterranean region is one of those that,

foreseeably, will be most affected by the climate crisis, linked to a greater risk of fires

and, therefore, to a foreseeable increase in hospitalizations and deaths due to the pollution emitted by the smoke. .

PodcastSpain, climate change is coming for you

Scientists urge to fight against climate change: "Our health depends on it"

'Saw teeth' in the data of the Autonomous Communities: this is how the fifth wave evolves