Cinema: "Thank you Jean-Paul", tributes from all over the world to Belmondo

From the top of the French state to television channels via major film festivals, a shower of tributes is paid to the actor Jean-Paul Belmondo, who died this Monday, September 6, 2021. 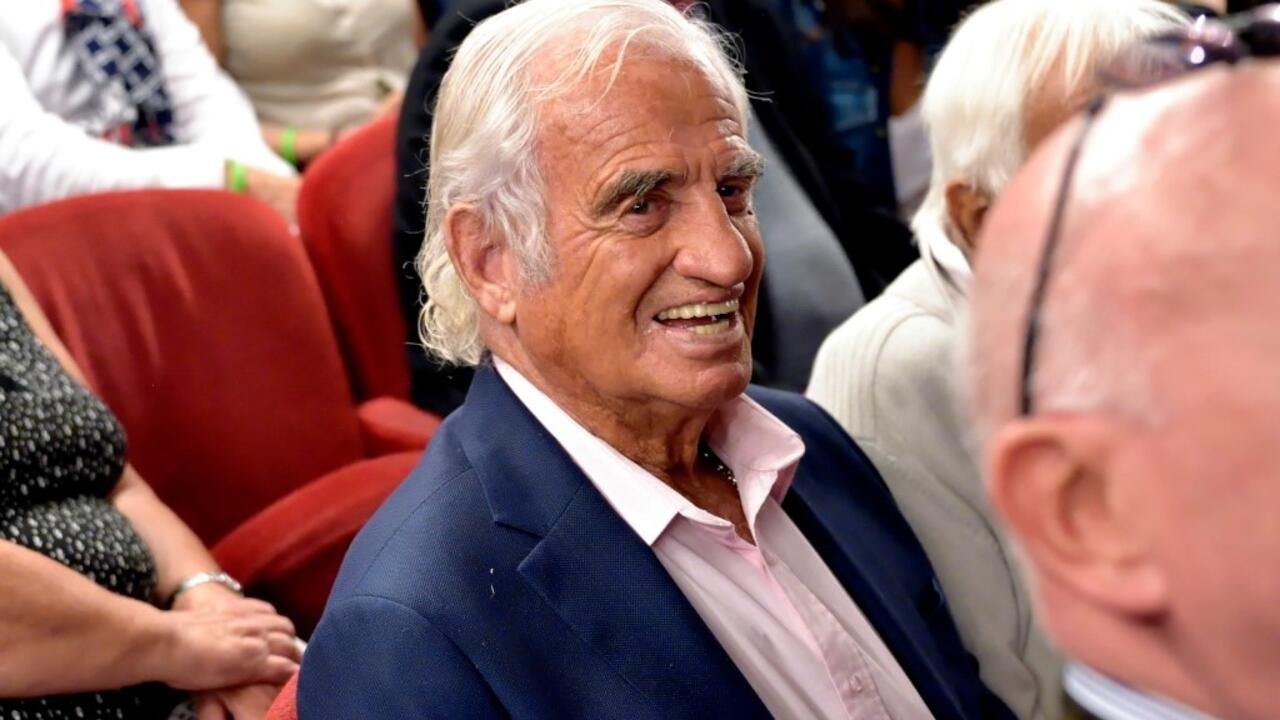 Cinema: "Thank you Jean-Paul", tributes from all over the world to Belmondo

From the top of the French state to television channels via major film festivals, a shower of tributes is paid to the actor Jean-Paul Belmondo, who died this Monday, September 6, 2021.

The Cannes and Venice festivals paid tribute to Jean-Paul Belmondo. On Twitter, Thierry Frémaux, General Delegate of the Cannes Film Festival, remembers 2011 when he received an honorary Palme d'Or for his entire career: “

For the 2011 tribute, the photographers warned:

. His generosity as a man and an actor invented some of the greatest moments in the history of cinema. Thank you Jean-Paul. Farewell Magnificent.

For the 2011 tribute, the photographers had warned: "We will put our cameras on the Steps and it will be to applaud him."

His generosity as a man and an actor invented some of the greatest moments in the history of cinema.

Tribute to the Mostra for an actor close to Italian cinema

For its part, the Mostra mourns Jean-Paul Belmondo.

The Venice Festival salutes the “

icon of French and international cinema whose fascinating face, irresistible sympathy and extraordinary versatility have enabled him to interpret dramatic, adventurous and even comic roles.

"Jean-Paul Belmondo had received in 2016 a Golden Lion of honor for his career, recalls our special

This immigrant grandson had come to Venice several times.

The most spectacular being the one where he had flown over the lagoon hooked to a helicopter in a sequence of the Guignolo.

Because some students present have trouble remembering films with Belmondo, except for his iconic

Asked by our special correspondent in Venice, Toni Servillo, Italian actor, playing in

, recalled the importance of Belmondo in Italian cinema: “

It represents a happy collaboration between French and Italian cinema.

He has worked under the direction of many Italian filmmakers.

He had fallen in love with Italy.

And his love of the country and of Italian cinema was paid back by the spectators.

The world of culture in general pays tribute to him, with in particular the reaction of actor Jean Dujardin who admired “Bébel”, declaring on Instagram: “

I will miss you ... you will be missed so much.

Another great French actor, Alain Delon says he is "

" by the death of Jean-Paul Belmondo.

We all found ourselves

a national treasure, all in panache and bursts of laughter

a sublime hero and a familiar figure

He will forever remain The Magnificent

", added the Head of State, sending his condolences to his family and those close to the actor, "

among our great actors, he was the one who won hands down the palm of the public,

" he added in a press release after the death of the actor at the age of 88 at his home in Paris.

Emmanuel Macron decorated Jean-Paul Belmondo in November 2019 at the Élysée, making him a grand officer of the Legion of Honor.

On the sidelines of a trip to Isère, Prime Minister Jean Castex also paid tribute to the French actor:

Jean Castex: "It is really a legend of French cinema who is gone"

French television channels have announced that they are turning their program upside down to broadcast some of Belmondo's many iconic films, such as

Itinerary of a Spoiled Child

The Russian press moved by the death of Belmondo

The media, whether opposition or linked to power, all report this death with emotion, reports our correspondent in Moscow,

All Russian media websites feature a picture of the actor on the front page, and news channels regularly report the news.

speaks of a new that has not only hit France but worldwide.

writes that Belmondo's roles are still remembered and will be remembered forever.

writes that Belmondo died on screen so often that he was believed to be immortal.

Jean-Paul Belmondo is one of those foreign artists, often French, who left their mark on the Soviets and whom several generations still remember today.

Many of his films have been shown in the USSR.

Impossible, for a Frenchman, to travel today in Russia, in town or in the countryside, without it being at one time question of Belmondo.

The actor had made a remarkable trip to the USSR, to Leningrad, now Saint Petersburg.

An icon for Tarantino and American moviegoers

The new style of movie hero, sexy, crazy and cool

”. The face of Jean-Paul Belmondo occupies all of the front page of the American magazine

on November 11, 1966. He is still only the actor of a single film, but he already marks the minds of American cinephiles, recalls our correspondent at Washington,

. In 2013, at the Lumière Festival in Lyon, Hollywood director Quentin Tarantino remembered it.

At the beginning of

by Jean-Luc Godard, we can see a young actor, in his first film, standing in front of a poster with a movie star.

The star is Humphrey Bogart and the youngster who looks at him hoping to be in his place is Jean-Paul Belmondo.

In the twenty years that followed, when students and moviegoers hung a poster on the wall, it was a poster by Jean-Paul Belmondo.

More than 45 years after the front page of

, Quentin Tarantino, a great fan of Nouvelle Vague concluded, like the magazine, that the name of Jean-Paul Belmondo was synonymous with "