French actor Jean-Paul Belmondo is dead, reports the news agency AFP. Jean-Paul Belmondo became a galleon figure for the French "new wave". - He was one of the really big ones in the 60s and 70s, says Fredrik Sahlin, film critic at SVT Kulturnyheterna. 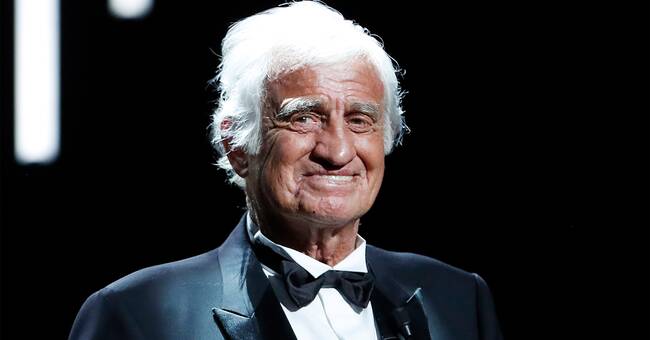 Jean-Paul Belmondo was born in 1933 in Neuilly-sur-Seine, a suburb of Paris.

As a young man he was a promising boxer, but he quit in 1950, according to later interviews because he did not like his face being beaten.

Instead, he aimed for an acting career, and became successful.

- He was one of the really big ones in Europe in the 60s and 70s and a galleon figure for the French "new wave", says Kulturnyheter's film critic Fredrik Sahlin.

The French "new wave" was a current in film that gained momentum in France towards the end of the 50s and influenced filmmakers around the world, says Fredrik Sahlin.

It was characterized by the filmmakers taking the camera out of the studio and going out into the street, the camera became more mobile.

- The film was somehow freed from its shackles in the studio, says Fredrik Sahlin.

Jean-Paul Belmondo became the face of the new wave.

He got his first film role in 1956, but it was in the collaboration with Jean-Luc Godard that he really became a star.

The two made the short film "Charlotte et son jules" in 1958.

"A tough guy with bedroom eyes"

But the breakthrough came with the film "To the last breath", which became a smash hit in France and made Jean-Paul Belmondo an international star.

There he played with unpolished charm the hero Michel Poiccard, a Bogart-worshiping petty gangster on the run from the police.

- You could say that he was a tough guy with bedroom eyes, so both soft and hard at the same time.