Nitrogen crisis on the roadside: flowers and butterflies disappear along the road

Not only nature reserves, but also roadsides and dikes in the Netherlands have to deal with nitrogen pollution. The result is that fewer wild flowers grow, and therefore fewer bees and butterflies live. Many municipalities want to do something about it. But restoring flowery roadsides is still quite an art. 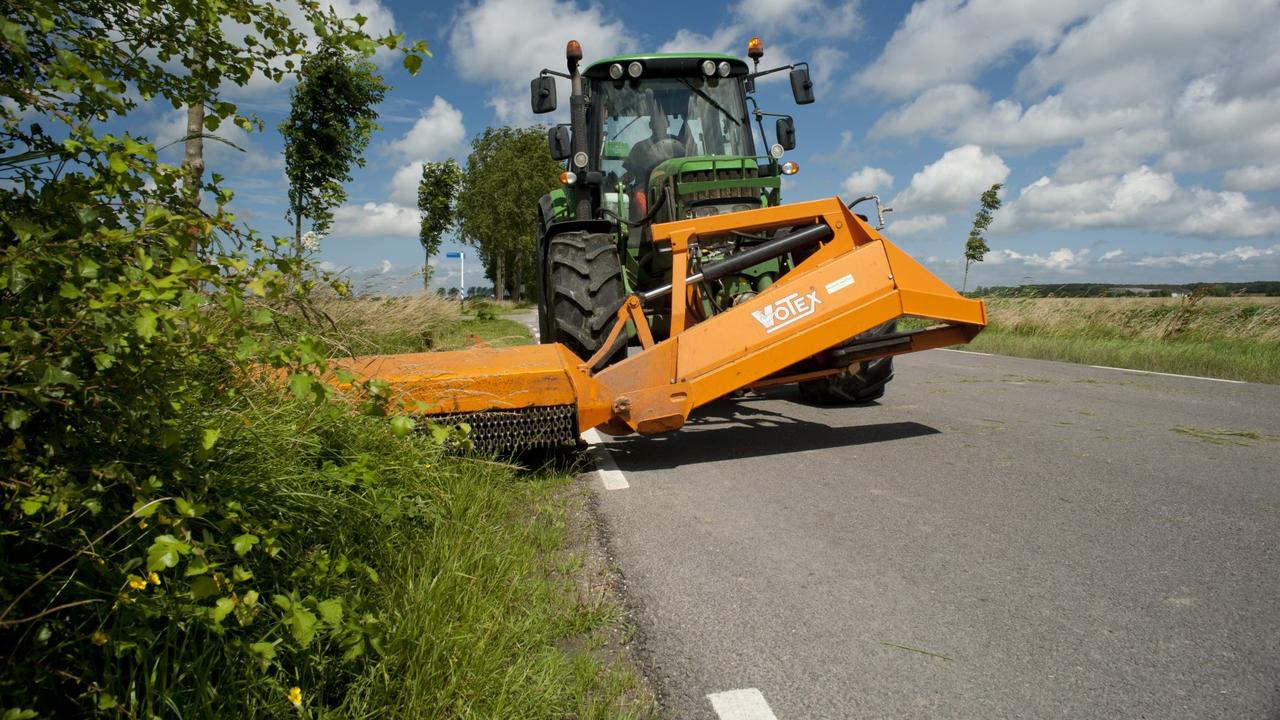 Not only nature reserves, but also roadsides and dikes in the Netherlands have to deal with nitrogen pollution.

The result is that fewer wild flowers grow, and therefore fewer bees and butterflies live.

Many municipalities want to do something about it.

But restoring flowery roadsides is still quite an art.

If you look next to you from the bike or from the car, you will see that Dutch roadsides look very different.

Some flower for months, others consist mainly of grass.

It is also noticeable that some verges are mowed like a lawn, while in other places unmown strips remain.

And what is best for biodiversity?

It is paradoxical, but if you do not mow the verges, biodiversity will decrease even further, plant ecologist Nils van Rooijen of Wageningen University & Research told NU.nl.

"That is due to nitrogen pollution. Mowing is the only way to get rid of nitrogen again. But the wrong technique or time of mowing can also cause a lot of damage."

Van Rooijen sees that more and more roadside managers want to commit themselves to biodiversity recovery, thanks to awareness about the decline of bees, butterflies and other pollinators.

This decline has several causes, but an important one is a decrease in the food supply: there are fewer flowering herbs, so there is less nectar and pollen for insects.

This in turn is due to the ever-higher accumulation of nitrogen pollution: meadows no longer have meadow flowers, and nature reserves and roadsides are 'grassed', causing wild flowering plants to decline.

See also: From birds to oak forest: nitrogen kills life in the Veluwe

According to Van Rooijen, the most profit is in adapting the mowing technique. Half of the Dutch verges are not mowed, but flailed. Plant remains then remain behind, and nitrogen piles up higher. Result: monotonous roadsides with next to grass only room for nettles and some cow parsley.

Lawnmowers with a built-in vacuum cleaner are also harmful, according to Van Rooijen. They not only suck up plant remains, but also all seeds, insects and caterpillars. For nature, it is important to first allow clippings to dry for a few days, and only then to collect and dispose of it. Seeds and insects then fall to the ground.

"More and more municipalities are leaving a flowering roadside. But the flower seeds only form after flowering, so you have to wait a while before mowing."

Where early mowing is unavoidable, ecologists recommend mowing in stages.

Insects can find refuge in the uncut parts, and from there can also spread flower seeds.

Another ideal time, according to Van Rooijen, is mowing in early spring.

Grass will already shoot up, but herbs don't have flower buds yet.

"That's an ideal time to drain grass and nitrogen, and give flowering herbs a little head start at the start of spring."

According to Van Rooijen, sowing is usually not necessary to restore flower-rich verges: if nitrogen is removed through a good mowing policy and seed formation is given a chance, locally present wild flowers can recover and reclaim verges.

Sowing so-called 'carnival mixtures' with exotic flowers or cultivated varieties can do more harm than good.

"Many insects depend on very specific plant species. Native flowers often only provide food for a few less picky species, such as honeybees. But we have hundreds of endangered bee and butterfly species, which put them at an additional competitive disadvantage."

With the increased awareness of the decline of flowering herbs and pollinators, another word has made its appearance: 'mowing errors'.

Accidents regularly make the news, for example when an overzealous lawnmower has reduced a flower meadow specially sown for bees and butterflies to a short lawn.

Sometimes the consequences are more serious, such as the mowing accident in Central Limburg last year, in which the last habitat of the dark pimpernelblauwtje (an extremely rare butterfly) was accidentally mowed flat.

See also: Only habitat of special butterfly in the Netherlands destroyed by Water Board

Flowering roadsides as a hub for nature

This also shows that healthy roadsides in the densely populated Netherlands can play a unique role for the ecology.

Much land is intensively used for agriculture and habitation.

As 'herb-rich grassland', dikes and verges can form a remaining habitat for specific plants and animals, thus forming an ecological connection through the Netherlands, right next to the road network.

That is also the agreement in the EU context: by 2030 at least 10 percent of the rural area must become ecologically valuable 'blue-green veining'.

It does require something from municipalities.

Clapper is popular because it is cheap.

And phased mowing is also a technical challenge.

Yet more administrators are taking the challenge seriously.

In Rotterdam, for example, seeds of local wild flowers are collected to be spread on their own roadsides.

The Rivierenland Water Board, for example, is working with nature organizations to restore flower-filled dykes.

And last year Gouda won the prize for best verge manager from the Butterfly Foundation.

So the subject is alive, says Van Rooijen.

See also: Hedges, banks and less manure: this is how life can return to the farmland