Collateral effect of the pandemic and the turbulence it has caused on the world economy, collateral effect especially of the recovery, this year the shipowners are ordering container ships like… 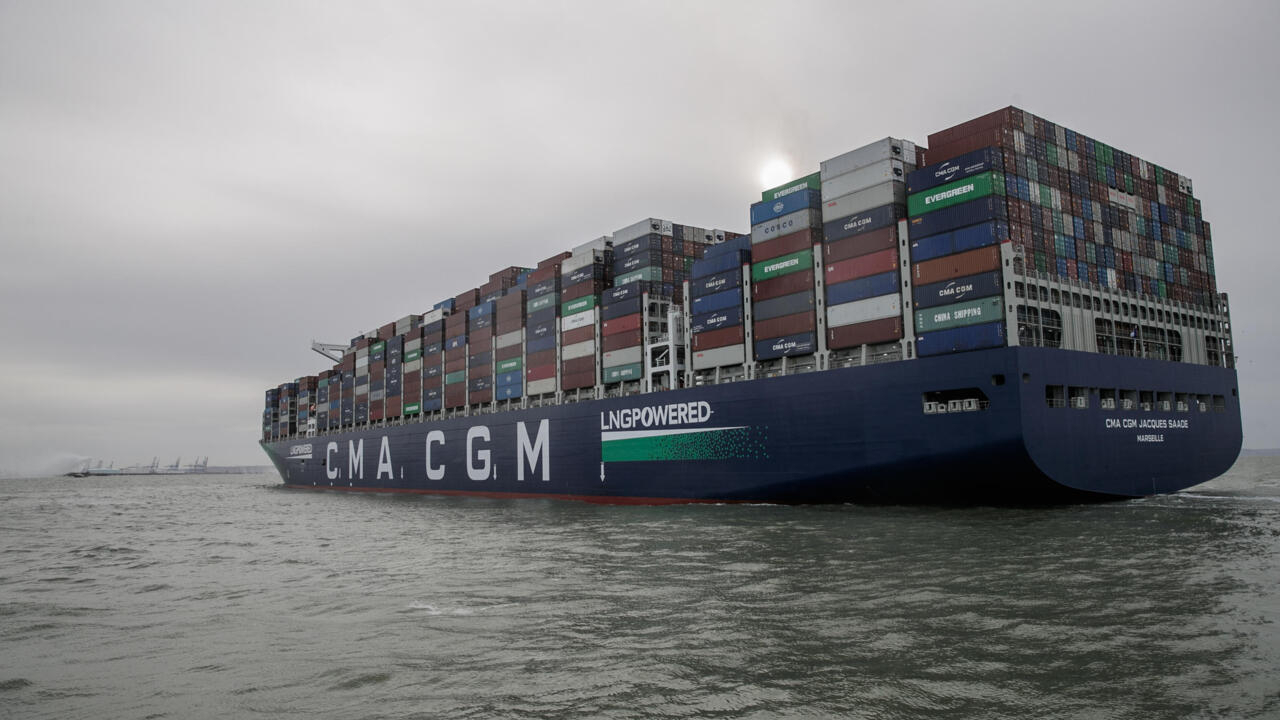 The container ship of the CMA CGM company.

From January to July,

ccording Italian broker Banchero Costa, at least 276 new ships were ordered for a total of 2.6 million twenty-foot equivalent, PVR, a unit of measurement for containers.

While passenger transport has still not recovered from the crisis, places on container ships are snapping up at high prices.

Two essential reasons for this phenomenon: on the one hand, consumers, in particular in Western countries, shift part of their spending to consumer goods, to the detriment of services still affected by the crisis.

The second reason for this tension on freight: many companies had reduced their orders during the first months of the pandemic, trade was almost stopped.

Companies must now replenish their stocks.

The business is good for the shipowners. With demand, prices have soared! An example: the Freightos Baltic index, which takes into account the cost of freight on the main sea routes, has been multiplied by more than five in one year for a trip from China to the western United States. The price increase has a variable impact, but that begins

" on some raw materials,

The rates for dry bulk transport of minerals and grains, by full ship, have also increased.

The result: Danish giant AP Møller-Maersk, the world's largest container carrier, posted a net profit in the second quarter of this year alone of $ 3.7 billion.

to CMA-CGM also on the rise.

The Marseille company also promises that its results will improve further over the rest of the year.

And orders for ships should not help reduce tensions in the short term.

It takes at least two years to build a ship.

Broker Banchero Costa estimates that deliveries are expected to remain at the same level in 2021 and 2022. It is only in 2023 that the 2015 capacity record should be broken

The 22 container ships ordered by the CMA-CGM last spring, for example, are expected for 2023 and 2024. In the meantime, the shipowner is tracking second-hand boats.

Conversely, if by then the buying fever has subsided, deliveries should not cause an imbalance and an excess of transport supply.

ccording to a Sea Intelligence analyst quoted by AFP, new environmental legislation contribute to promoting an expansion of fleets.

In addition, the demolition of some boats has been delayed in an attempt to meet current demand.

The new ships will therefore take over from those who will be retired with a little delay.