Habib Al-Yasi: “The Last Love” is a “calculated” artistic adventure

A remarkable artistic activity, which the Emirati artist Habib Al-Yassi is experiencing these days, with the imminent launch of a unique constellation of new songs, and his willingness to engage in his first experiences in the field of television drama, after a period of emergency due to the “Covid-19” crisis, which the artist described in his meeting with « UAE 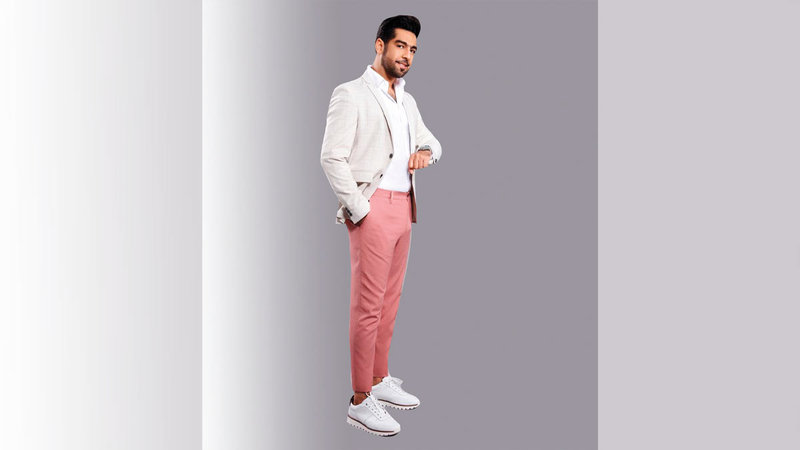 Habib Al-Yasi: “The Last Love” is a “calculated” artistic adventure

My constant search is to leave a unique artistic imprint in the minds of the public.

A remarkable artistic activity, which the Emirati artist Habib Al-Yassi is experiencing these days, with the imminent launch of a unique constellation of new songs, and his willingness to engage in his first experiences in the field of television drama, after a period of emergency due to the “Covid-19” crisis, which the artist described in his meeting with « Emirates Today” as a global lesson that contributed greatly to changing many patterns of thinking and dealing with the public.

Al-Yasi, who is about to finish filming his new song "Akher Habba", which he chose Dubai as a main location for filming it soon, in the form of a video clip, revealed to "Emirates Today" for the first time in this new artistic step, to the contemporary Western style, in the experience of choosing melodies. Which he formulated himself from the words of his brother poet Ali Al-Yasi, while Muhannad Khader took over the task of distributing it musically, describing this artistic adventure as a bold and “calculated” move, which comes after many years of fusion in the experience of traditional songs and oud sessions that made his stardom at the local and Gulf levels, Emphasizing his continuity in the heritage approach for which he was famous, he said, “Of course, I will continue to preserve the traditional and local color because I consider it a national duty. As for the renewal step, it will always be calculated and proportional to my artistic choices and my constant search to leave a unique artistic imprint in the minds of the public.”

On the other hand, Al-Yasi confirmed, “It was necessary at this stage to renew and move towards broader horizons in terms of rhythm, as well as youth music that many tend to after the period of domestic isolation and the (Covid-19) crisis and its bad psychological repercussions on everyone,” adding, “I hope That the song “Akher Habba” achieve success and the expected mass spread, after the experience of singing in multiple Arabic dialects, such as the Iraqi and Moroccan dialects, especially since its content completely departs from the usual emotional pattern that my audience introduced me to, so that its words approach criticism of narcissism and self-love.”

Regarding the expected echoes of the new song, the Emirati artist spoke about the first reactions of the musicians and technicians who lived through the early stages of recording the work, saying, “Everyone enjoyed the new atmosphere and the melodic sentences that I relied on in this work, in which I dealt with the (Kuwait Youth Choir), and the team enjoyed the Working to a large extent in the new atmosphere in which the recording of the song was completed and presented in a completely new way,” adding, “Based on my previous experiences in the field of composing and playing several Western musical instruments, I can confirm that the audience will follow a completely different lyrical view of the above, and as I said before, that This step is more than just a new artistic experience, but rather a “calculated adventure.”

On the other hand, Habib Al-Yasi justified the reasons for his approach to this new lyrical color, saying, "Many may not know that in my early artistic period, I was a good listener of Western songs, due to my academic studies, and my mastery of playing several musical instruments such as guitar, piano, flute and oud, especially that Most oriental songs cannot be played on Western instruments, so I had to go to listen to Western songs.”

Habib Al-Yassi revealed that he finished recording three new songs, in which he collaborated with a group of poets and composers from the Emirates and Kuwait, and they are scheduled to be released respectively after the song “Akher Habba”, justifying this by saying, “There is no doubt that the rhythm of this song imposed on me the need to present it during this period.” Due to its fast Western rhythm, and its poetic content, it is far from the three new songs that fall into an emotional framework, with a complete difference in the melodic sentences as well as the musical arrangement with which I am trying to move towards a renewed experience away from what is prevalent in the artistic scene now. All that I offer in this artistic period of my career, is an attempt to renew and excel, and to keep pace with the ambitious spirit of the times and the rhythm of life, which we have seen defied in most of its aspects, and after long months of domestic isolation and the global (Covid-19) crisis, to change and renewal.

About the approach of his participation in a dramatic work, which was scheduled to be shown in Ramadan, and revealed by Al-Yasi in a previous interview, the Emirati artist confirmed that he will resume very soon, stressing, “My enthusiasm to present my first experiences in the field of acting is still present.

As for filming, I expect it to actually start this month, after it had been postponed due to the pandemic and precautionary measures, and most of the series’ scenes are scheduled to be filmed in Dubai, after the director’s camera was scheduled to rotate between Kuwait and the Emirates.

• “Corona” is a global lesson that has contributed greatly to changing many patterns of thinking and dealing with the public.

• Of course, I will continue to preserve the traditional and local color because I consider it a national duty.