From the prisoner to the leadership of the Taliban .. Who is Mullah Abdul Ghani Baradar? And why did Trump phone half an hour?

Who is Mullah Abdul Ghani Baradar, who was arrested by the CIA with the help of Pakistanis in Karachi years ago, to get out of prison and become deputy political affairs for the Taliban leader and head of its political office in Doha? 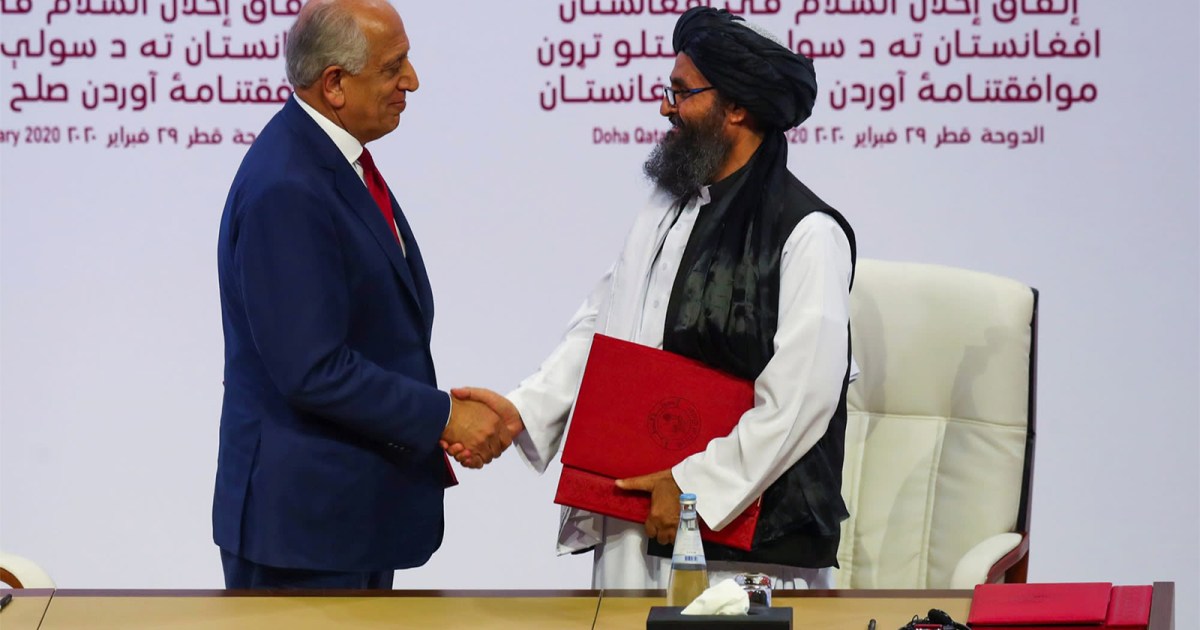 With the return of the Taliban movement to power in Afghanistan, the name of Mullah Abdul Ghani Baradar began to be heard as one of the faces nominated to play a role at the political level in the future of governance in the country during the coming period.

Who is Mullah Abdul Ghani Barader?

And how did the CIA arrested him with the help of the Pakistanis in Karachi?

And why was he arrested?

And why the efforts of the former Afghan president to release him failed?

How did he get out of prison and become deputy political affairs for the leader of the Taliban and head of its political office in Doha?

During the 1980s, Mullah Baradar fought in the Soviet-Afghan war in the Panjwai district of Kandahar province, where he served as the deputy founder of the Taliban movement, Mullah Muhammad Omar (his son-in-law), who died in 2013 in mysterious circumstances.

Mullah Abdul Ghani Baradar (1996-2001) held several positions in the Taliban movement, the most important of which were the governor of Nimroz and Herat states, and a military official in western Afghanistan.

- According to a US State Department document, he assumed the position of Deputy Chief of Staff of the Army and Commander of the Central Army Corps in the capital, Kabul.

- After the overthrow of the Taliban movement after the events of September 11, 2001, the Taliban leadership decided to leave Afghan territory, because a large number of military leaders were killed in the American raids, the most famous of whom was Mullah Dadullah, who was killed in Helmand (southern Afghanistan) in 2007, and sources talk about He was a competitor to Mullah Prader.

After the killing of Dadullah, Mullah Abdul Ghani Baradar rose to the leadership of the Taliban Shura Council, and became the actual leader on the direct recommendation of the movement's founder, Mullah Muhammad Omar.

Despite his military activities, Mullah Abdul Ghani Baradar is reported to have been behind many attempts to start peace talks with the Afghan government, specifically in 2004 and 2009.

February 2010: Pakistani and American intelligence saw that Mullah Baradar was tweeting outside the flock, so he was arrested in the Pakistani city of Karachi;

This represented a severe blow to the negotiation process initiated by Mullah Baradar with the approval of Mullah Muhammad Omar with former Afghan President Hamid Karzai, who belongs to the same tribe, and following his arrest, the process was halted for 10 years.

- 2018: Mullah Baradar was released at the request of the US envoy to Afghanistan, Zalmay Khalilzad.

After his release, Taliban leader Sheikh Hebatullah Akhundzadeh appointed him deputy for political affairs and head of the political office in Doha.

February 29, 2020: He participated in the signing of a historic peace agreement with the United States, which was considered at the time by the administration of former US President Donald Trump as a real step towards achieving peace.

After that, Brader headed delegations that traveled to several countries in the world, seeking the movement to gain international recognition and acceptance.

Mullah Baradar is respected by the various Taliban factions who listen to him, and was later appointed head of its political office in Qatar.

- Mullah Abdul Ghani Baradar is the only Taliban leader who spoke to US President Donald Trump for 35 minutes about the negotiations between the two parties.

He led negotiations with the Americans that led to the withdrawal of foreign forces from Afghanistan, and then peace talks with the Afghan government, which did not come to fruition.

- Mullah Abdul Ghani Barader managed to build relations with a number of countries, including Russia, China and the State of Qatar, but he faces competition from some leaders that can be described as hawks.

July 28, 2021: Barader leads a delegation from the movement and paid a visit to China, where he met with Foreign Minister Wang Yi, Vice Foreign Minister and Chinese Special Representative for Afghanistan.

August 15, 2021: After the movement's seizure of Kabul, he said in a video broadcast on social networks, "Now is the time to assess the situation and prove good intentions, and today we must show that we can serve our nation and ensure its safety and comfort in all aspects of life," calling in The same time forces him to adhere to discipline.

August 17, 2021: He returned to Kandahar and 4 days later arrived in Kabul, after the Taliban seized power on August 15, 2021, following a massive attack launched in May with the start of the withdrawal of foreign forces from the country.

A: This is the first time that a senior Taliban leader has publicly returned to Kabul in two decades and could play a prominent role in the country's future administration.

August 23, 2021: The Director of the Central Intelligence Agency, William Burns, held a secret meeting at Kabul airport with Mullah Abdul Ghani Baradar, and this meeting is the highest level between an American official and another in the Taliban since entering the Afghan capital, Kabul.