Coronavirus, live | Spain will have 70% of the population this week with the complete vaccine schedule

Spain begins today, coinciding with the return of the holidays for many, the week in which 70% of the population will predictably be reached with the complete pattern of ... 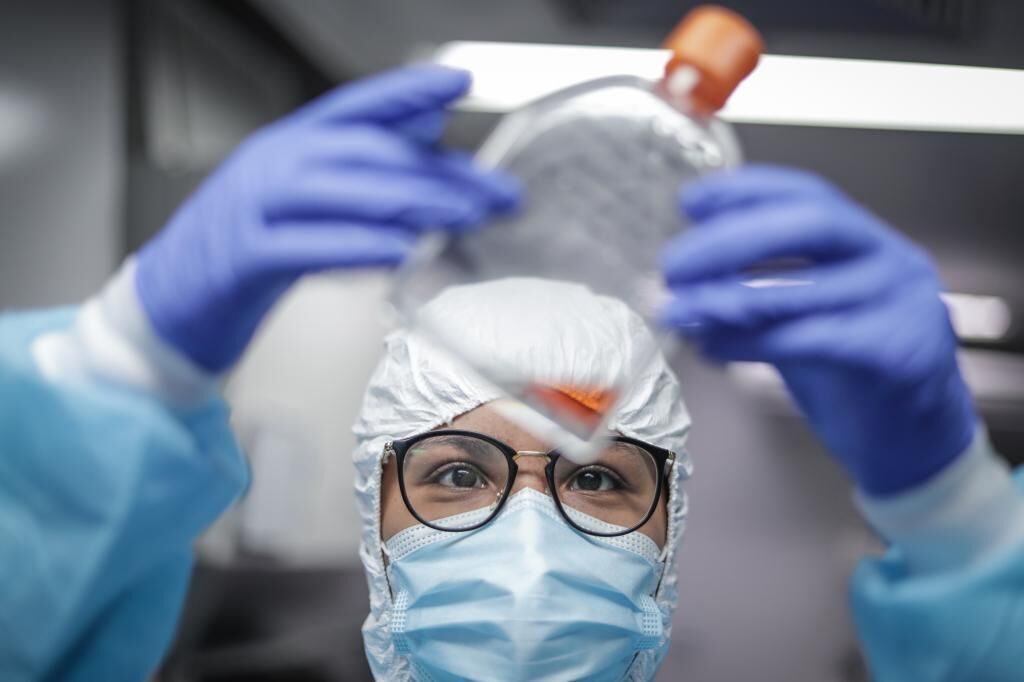 begins today, coinciding with the return of the holidays for many, the week in which

70% of the population will

be reached with the complete schedule

Meanwhile, the Minister of Health of

has clarified this Sunday that the

did not receive their dose from the batch from Spain that the authorities eliminated due to contamination, but from another one suspended for precautionary reasons.

: 4,831,809 confirmed coronavirus cases with a diagnostic test for active infection;

Virgin Australia airline will impose mandatory vaccination on its employees

announced this Monday that it

wants all its employees to be vaccinated against covid-19

, at a time when the oceanic country struggles to immunize its population to return to the normal practice that it lived before the irruption of the variant delta in the middle of the year.

According to the plan that will be subject to consultations with workers and unions and which is similar to the one announced by the Australian airline Qantas in the middle of the month, Virgin Australia

will force vaccinations to pilots, cabin and airport personnel

is the only solution to the situation Australia

is in and it is something that we have determined is vital to keep our staff safe, given the high daily exposure they have with the public," the executive director said in the statement. for Virgin Australia Jayne Hrdlicka.

New Zealand extends lockdown in its most populous city

Jacinda Ardern announced on Monday that some 1.6 million residents of the city of

will remain in confinement for two more weeks as part of their strategy to contain COVID-19.

"We need to be confident that we don't have (the variant) delta in the community," Ardern told a news conference in Wellington at the end of a cabinet meeting, referring to the persistence of local cases reported in Auckland, the most populated city in the country.

, which represents a decrease compared to the 83 patients registered the day before and totals more than 560 cases since the beginning of this outbreak with the delta variant.

Ardern also confirmed this Monday the relaxation of the measures starting this Tuesday at 11:59 local time for the rest of the country with the exception of the small town of

, which will conclude its confinement two days later.

Four deaths bring to 2,564 the victims of the covid in Galicia

Health has reported four deaths that bring to

2,564 the victims of the coronavirus in Galicia

since the pandemic began.

As they point out, all had previous pathologies.

To this Sunday, August 29, corresponds the death of a 90-year-old woman in the CHOP, but who came from the Someray nursing home.

begins today, coinciding with the return of the holidays for many, the week in which

70% of the population will

be reached with the complete schedule

Spain had vaccinated this Friday with the

The Minister of Health of

, Tamura Norihisa, has clarified this Sunday that the

did not receive their dose from the batch that the authorities eliminated due to contamination, but from another suspended for precautionary reasons.

As he has commented to the public chain NHK, the vaccines that were used for the two people did not belong to the batch where the alleged "metallic substances" that contaminated the drug were found.

The Government decided to suspend the administration of the Moderna batches after the discovery of foreign substances in batch 3004667, which were produced in the Rovi pharmaceutical centers in Spain.

However, it has also decided to stop the use of those vials with lot numbers 3004734 and 3004956, although no foreign substance has been found in them.

The latter were made using the same production line of the Spanish company, in charge of filling and packaging the Moderna vaccine for customers outside the United States, during the same period of time.

The minister has acknowledged that it is not yet known whether there is a causal relationship between the deaths and the vaccine, but has promised a rapid investigation to clarify the causes of the deaths.

Coronavirus How long do Covid antibodies last after being vaccinated or infected?