After its defeat in Afghanistan, what is the future of America and its role in the Middle East?

The defeat of the Soviet Union in Afghanistan led to the disintegration of the second superpower in the world. The peoples discovered that they had been subjected to a process of misinformation, and the empire disintegrated after the Soviet republics decided on independence. 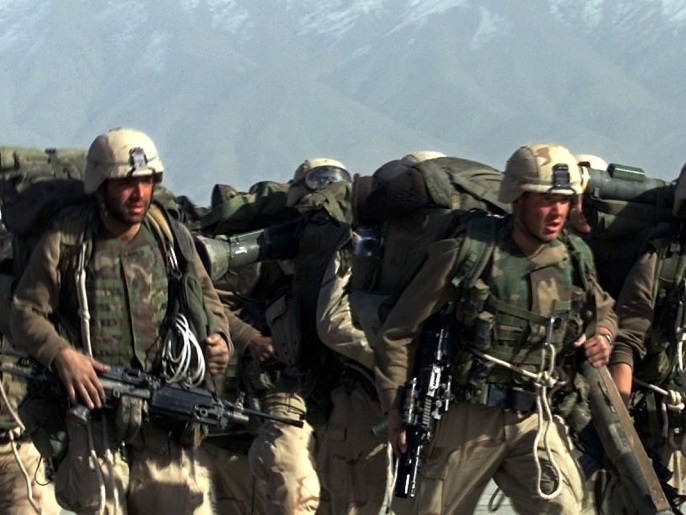 The defeat of the Soviet Union in Afghanistan led to the disintegration of the second superpower in the world. The peoples discovered that they had been subjected to a process of misinformation, and the empire disintegrated after the Soviet republics decided on independence.

But why is this Soviet experience called after America's defeat in Afghanistan?

The most important surprise presented by David Hearst in his article on the "Middle East Eye" website, is that the cost of the intervention in Afghanistan is evidence that Western civilization is on its way to deterioration.. Why?

It is clear that research centers in America and Europe have settled since the beginning of the nineties on presenting Islam as an enemy of the West, and portraying it as a threat to the lives of Westerners who have made progress.. That is why Bush asked his famous question: Why do they hate us?

The main title of America's and its allies' intervention in Afghanistan was the war on terror.. That was the process of replacing the Soviet threat with the Islamic threat.

Thus, David Hearst clarifies the main objective of this intervention. The West must always face an external enemy in order to unite the peoples, and push them to abandon many of their demands and rights to improve their standard of living.

This is not unlike the tactics of autocratic rulers in the poorer countries of the South, where people's feelings and anger are directed against an external enemy rather than on internal failure and corruption.

what is the price?

It is clear that research centers in America and Europe have settled since the beginning of the nineties on presenting Islam as an enemy of the West, and portraying it as a threat to the lives of Westerners who have made progress.. That is why Bush asked his famous question: Why do they hate us?!!

It is clear that the Western media adopted the rhetoric of the American regime in answering the question: They hate us because we are advanced and brilliant.

The question and the answer to it constituted a process of misleading the Western peoples that pushed them to support the American aggression on Afghanistan and Iraq.

But what price did the American people and Western peoples pay?!!

David Hurst surprised his audience by estimating the cost of the aggression on Afghanistan as reaching two trillion dollars (one trillion trillion). The official estimate does not exceed one trillion only.

What could this huge amount achieve if it was used rationally in achieving development and improving the human condition in Afghanistan?!!

Could he have brought soft power to America, and built long-term relations of peace and cooperation with the people of Afghanistan?

And what if these huge funds were used to strengthen the American economy, provide jobs and job opportunities, and improve the health system that was unable to confront the Corona epidemic, and showed the world America’s weakness and the false propaganda about its strength and progress?!

The American people will forcefully put these questions to themselves and to the Biden administration, which will be unable to provide convincing answers to a people who have come to realize that their country, with all the progress it has achieved, cannot confront an epidemic like Corona.. So what if it was exposed to a more serious epidemic?

And the peoples of the Western countries that participated in the alliance, such as Germany, France and Britain, will direct these questions to their governments, which will have to provide an answer that includes recognition that the aggression against Afghanistan is a crime as described by Noam Chomsky.

But the Western peoples will not be satisfied with their governments' remorse for decisions that were linked to racism and the savage desire for revenge, extermination and destruction.

It is a crime and a disgrace

And the American aggression against Afghanistan is not only costing money that was wasted, and was spent rashly. These money were spent to commit a murder in which - according to David Hurst's estimate - 241,000 Afghans, and there are estimates up to double that number.

This means that the Taliban is just a vanguard for the Afghan people who did not forget the blood of the martyrs and the body parts of the victims, and at the same time they hate and despise the collaborators with the American occupation, so these collaborators tried to escape because they know that they will face the contempt of their people, and that they will not be able to live with a people who participated in shedding the blood of their children .

Why did the soldiers lose their lives?

An estimated 2,448 American soldiers were killed in Afghanistan, in addition to 454 British soldiers.

This will also prompt the American and British people to ask a question that is difficult to answer: Why did these soldiers lose their lives, and for what purpose were these soldiers sent to fight in a distant land, mountains they do not know?

Biden will surely find himself in a dangerous predicament, and he has begun directing criticism and blame arrows to his chest, the first of which came from his opponent, Trump, who described him as putting America in a humiliating position.

And the American people will feel more bitterness and pain, so did all these soldiers lose their lives to commit a crime that constitutes a disgrace to America and then America returns defeated, and is placed in this humiliating position according to Trump's expression?!

collapse of the west

Therefore, Hearst believes that the American role is exposed to a disaster, no matter how the American regime tries to deny it, so who bears the responsibility?

He apologizes to the Afghan people for that disaster. The US-British air force did not guarantee the rights of Afghan women, but it was a killing machine that was used to exterminate the Afghans, and the Taliban did not target the American pilots who are now facing a moral crisis after the withdrawal of America. Why did they kill civilians?!

Western propaganda that the American and British army is doing a good job in Afghanistan was false, misleading and far from reality, and the regime imposed by America in Afghanistan had no legitimacy, and this explains Ashraf Ghani's inability to continue confronting the Taliban, so he was forced to flee .

Western peoples will ask questions about the meaning and objectives of American foreign policy, and this will carry a message to the princes and presidents in the Middle East, who now have to ask themselves: How many weeks can they stand in the face of Islamic resistance when America decides to withdraw from the Middle East?

Who created the disaster?

This system did not collapse because of confronting the enemy, but it collapses because of arrogance, and the inability - as Hearst sees - to understand the peoples whose land has been occupied.

The world order collapses at the moment when there is no power that can confront it, and when it manages to impose a monopoly on the use of international power.

Does Hearst want by this to say that the world order led and controlled by America collapsed, and is at the height of its power, and because of that same power?

Hearst says, "When the Soviet Union was defeated in Afghanistan, it lost confidence in itself and its leaders, and lost a sense of public service, and its foreign policy became meaningless after it was corrupted."

A message to the allies

It is certain that Western peoples will ask more questions about the meaning and objectives of American foreign policy, and this will carry a message to the princes and presidents in the Middle East, who now have to ask themselves: How many weeks can they withstand in the face of Islamic resistance when America decides to withdraw from the Middle East?

Does this include Israel, and what are the causes of the horror that befell it after America's defeat in Afghanistan?!

America - as Hearst sees - will withdraw from confronting the Islamists, and accept defeat as it did with the Taliban. The belief in the superiority of the West, its leadership and sovereignty lacked credibility, and the United States began to lose its influence under the Biden administration - as happened during the Trump period - because he could not change anything. , and still ignores the people, and supports the tyrants with weapons and money.

This leads to asking a question: What has America got from soft power?!

The most important result that the world sees is that the Western alliance was defeated in Afghanistan, and that all that the West succeeded in was spreading brutality and misery for the next several decades by using war that had no justification, and that force was of no use, and that the whole world was facing a threat to its existence. Scholars and wise men, in turn, work to save humanity from the arrogance of power, and to search for opportunities to respect the rights of peoples to independence and freedom as an entrance to building a new world?!