During a weekend marked by his trip to Iraq, the Head of State occupied diplomatic and media ground to outline his strategies on several burning issues: return of the Taliba ... 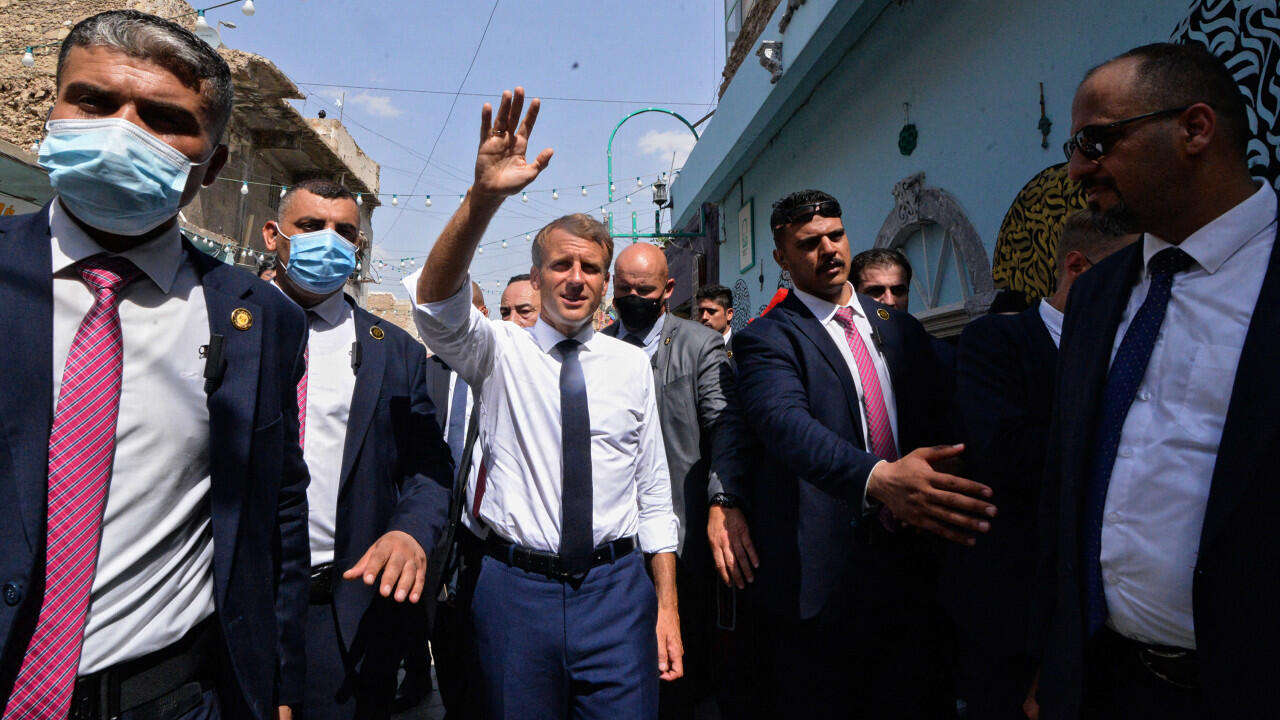 The French president played the foreign policy card this weekend, which resulted in a trip to Iraq, interviews granted to the Journal du Dimanche and to TF1, on Afghanistan and the Sahel.

While the American strategy is under fire from critics because of the events in Afghanistan where the Taliban are back in power, Emmanuel Macron took advantage of the political comeback to unveil his strategy in tormented areas of the world, such as the Sahel and the Middle East, and mark its differences with the United States.

A look back at this diplomatic sequence with Christian Lequesne, professor at Sciences-Po Paris, specialist in French foreign policy and author of the book to be published on September 16: “Power through images, states and their public diplomacy” (to the Presses of Sciences Po).

France 24: President Emmanuel Macron has been very active on the diplomatic level in recent days, referring to Afghanistan, Iraq and the Sahel.

How do you analyze its positions, some of which, such as the maintenance of French forces in Iraq or its rejection of the principle of "state building" - a process of supporting the construction of a state - dear to the Americans, have marked differences? with the strategy of the United States

When he goes to Iraq, Emmanuel Macron seeks to reaffirm the principles of his international action, to mark the presence of France, and to recall that it has a role to play in the Middle East. A role that is obviously different from that of the United States. It is part of a continuity with the thought of a president who marked the Fifth Republic and who was called Charles de Gaulle. That is to say, the idea that inside the Western camp, France must keep some room for maneuver and mark autonomy from the United States. The French dream would be to attract other European countries to this conceptualization of autonomy, which would become, what we call in Paris, strategic autonomy. But it is much more complicated, because with the arrival of Joe Biden at the White House,many Europeans assume to be again junior partners of the Americans, which France excludes.

On the fact that we do not build a "state-building" from the outside, President Macron is right. All the researchers who work on the State, and in particular on the African continent, know perfectly well that there are multiple parameters and social conditions which make the State stable or not. Imposing our model of Western democracy where succeeding in changing everything never works. It was, moreover, one of the illusions of the American neo-conservatives. Especially during the intervention of the United States in Iraq against Saddam Hussein, in 2003, they said that they were going to promote the model of liberal democracy in this country to give birth to a beautiful democracy. We can still see the consequences of their failure today.

Knowing that the French president is eagerly awaited on the question of the Sahel, what diplomatic lessons should France draw from the failure of the Americans in Afghanistan, while there is a debate on the effectiveness of the fight against terrorism in a third country?

The events in Afghanistan are certainly observed very closely at the Quai d'Orsay. If there is one lesson to be learned from this dossier, and not only for Emmanuel Macron and the French diplomats, it is to better prepare the withdrawal of the forces in place abroad than the Americans have done. The big problem facing the United States does not concern the departure from Afghanistan, which remains a political choice, but it is the preparation for the withdrawal and the lack of anticipation of the Taliban's return to the whole country as quickly. territory. In addition, there is certainly a debate on the effectiveness of the fight against terrorism abroad, but we also know very well that if we leave, hostile forces have every opportunity to take power in the country concerned. This is exactly what is happening in Afghanistan.To leave Mali is obviously to take the risk of giving a carte blanche to groups totally opposed to the interests of France and to see an evolution of the Malian political regime towards more transparency and respect for individuals. And we find ourselves a little stuck in this case, and we stay to ensure the balance of power. This is the dilemma of all of these types of intervention. These are very complicated files, and it is very difficult for anyone to have concrete results. Except to maintain military presences, which means that we are engaging in very long and very costly processes, financially and politically, as for the Americans in Afghanistan. But let's not forget that when a head of state says that his forces will stay in the name of the fight against terrorism in a third country,as Emmanuel Macron said in Iraq, his speech is not only intended for the state in question, it is also intended for his own public opinion.

Precisely, after having addressed himself solemnly in the middle of the summer to the French to discuss his strategy in Afghanistan, Emmanuel Macron once again placed the emphasis on foreign policy on the occasion of the political re-entry. How should we understand this strategy

Here too, I see in this diplomatic sequence a very great continuity in the political practices of the presidents of the Fifth, that is to say that there is a moment when diplomacy takes an important place in their action. It is soon the end of Emmanuel Macron's mandate, and we will therefore enter another phase which will be the electoral campaign. This is likely to be very divided, and we will have a great deal of controversy over foreign policy and terrorism issues. So that Emmanuel Macron insists on his themes by indicating that France will contain terrorism through a form of foreign policy and presence on the ground, it is also a way of saying that he is the guarantor of the security of the French. . He is already in the countryside!One of the big mistakes in analysis that we can still see from time to time is to say that foreign policy does not count in electoral deadlines. This is not true. There is such interdependence between internal and external that necessarily foreign policy also plays a role in the electorate's perception of the action of a given candidate.