Zhengzhou's mid- and high-risk areas are all cleared, and the smell of urban fireworks is gradually returning 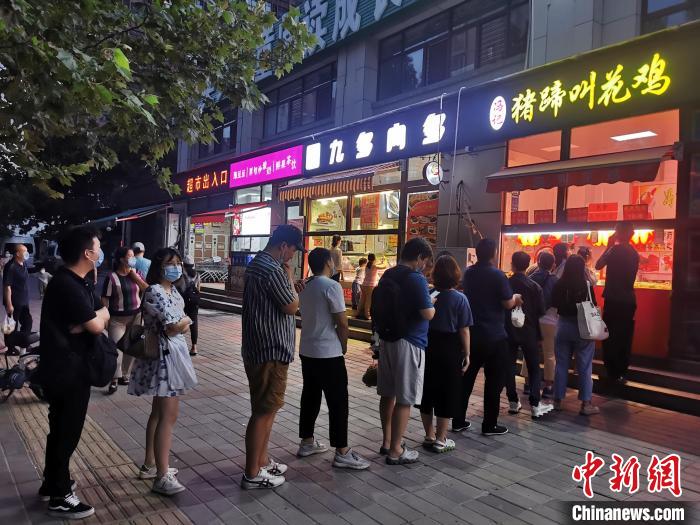 According to the announcement, from 12:00 on the same day, Jingguang Road, Erqi District, Zhengzhou City has been adjusted from a medium-risk area to a low-risk area. So far, all medium- and high-risk areas in Zhengzhou have been cleared.

This also means that Zhengzhou City has taken nearly a month to effectively control the new crown pneumonia epidemic starting on July 30 through various measures.

The city's medium and high-risk areas were cleared, and the news that the closed and closed areas were all lifted was officially released, and the circle of friends of ordinary people in Zhengzhou also "boiled."

"The city is finally safe." "Zhengzhou is back!!!" "Hey Dapu Ben, I will be free soon." "Is it possible to have dinner soon?"

Since August 13th, there have been no new cases of new coronary pneumonia in Zhengzhou. On August 26, all members of the national expert team sent by the National Health Commission evacuated Zhengzhou.

The improvement of the epidemic has also brought Zhengzhou's social production and life back on track, and the city's smoke and fire atmosphere has gradually returned.

The picture shows the residents of Zhengzhou lined up to buy snacks on the evening of August 27, and the smell of urban fireworks gradually returned.

In the past few days, the reporter noticed that the roads in Zhengzhou city will be congested during the morning and evening rush hours; while in supermarkets, vegetable markets, and shopping malls, there are obviously more people shopping; when it is time for meals, many people go to work because they cannot eat in. The clan either ate outdoors nearby or took them away; the younger brother who delivered food on the street resumed the fast pace of the past.

Zhengzhou Bus Company also announced that since August 29, Zhengzhou City Bus Lines will resume normal operation (including night shifts), and the peak time interval for trunk lines will be shortened to 3 to 5 minutes. Zhengzhou Bus Group will pay attention to passenger flow in real time. , Adjust the capacity allocation in time to facilitate citizens' travel.

In order to win this post-epidemic prevention and control battle, Zhengzhou City has adopted a variety of effective measures. All employees have undergone 5 rounds of nucleic acid tests, and residents in key areas have done 9 nucleic acid tests to "find out" hidden viruses; Press the "pause button" to make way for the fight against the epidemic; tens of thousands of medical staff braved the sweltering heat to go to the community for nucleic acid testing. Residents in the closed area lived in their homes for nearly a month... Countless people offered small homes for the city to resume normal operations as soon as possible .

Wang Di, who runs a noodle restaurant in Zhengzhou, told reporters that she is now looking forward to restarting dine-in meals.

"In the past month or so, I have experienced heavy rains and the new crown pneumonia epidemic, but no matter how difficult the days are, I hope that there will be no more epidemics in the second half of this year and business will get better."

Gou Jianjun, the commander-in-chief of the New Coronary Pneumonia Treatment Center in Henan Province and the deputy dean of the First Affiliated Hospital of Zhengzhou University, affirmed the current state of epidemic prevention and control in Zhengzhou.