The country's new crown vaccination has exceeded 2 billion doses! Over 880 million people have been vaccinated

Chinanews client, Beijing, August 27th (Reporter Zhang Ni) According to the latest report from the National Health Commission, the cumulative number of doses of domestic new crown vaccine has exceeded 2 billion doses, and more than 880 million people across the country have completed the entire course of new crown vaccine vaccination. It only took more than two months for China to get from 1 bil 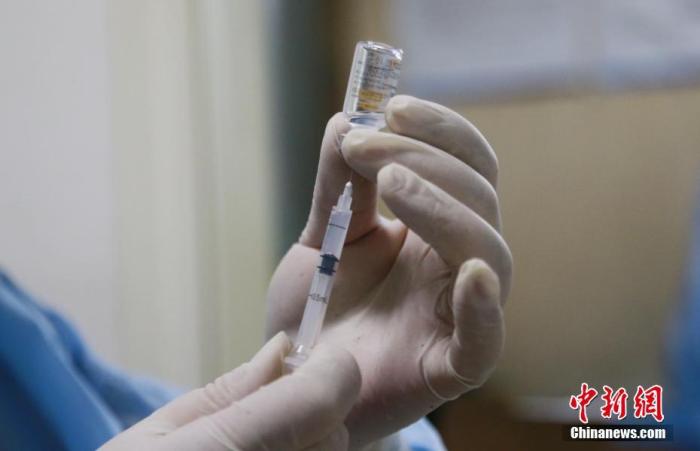 Chinanews client, Beijing, August 27th (Reporter Zhang Ni) According to the latest report from the National Health Commission, the cumulative number of doses of domestic new crown vaccine has exceeded 2 billion doses, and more than 880 million people across the country have completed the entire course of new crown vaccine vaccination.

At present, the nationwide vaccination work for people aged 12 to 17 is advancing steadily. Regarding the issue of booster vaccination vaccination, experts also have the latest research and judgment.

Data map: A medical staff prepares to inject the new coronary pneumonia vaccine for the vaccinators.

According to the latest data from the National Health Commission, as of August 26, a total of 203.914 million doses of new crown virus vaccines have been reported across the country, and the number of people who have completed the entire vaccination is 88.439 million.

In mid-December 2020, China started the vaccinations of key populations for the new crown vaccine, and the scope of vaccinations has continued to expand since then.

In various places, the vaccination rate of the permanent population is also increasing.

In Guangdong, as of August 18, the province had received a total of 180.4027 million doses of new coronavirus vaccine, and a total of 79,787,700 people had completed the entire vaccination.

Based on the province’s 126 million permanent residents, the entire population coverage rate was 63.32%.

Data map: On August 18, the new crown virus vaccination site of Henan Experimental Middle School located in Jinshui District, Zhengzhou City, the vaccination of young people was carried out in an orderly manner.

According to incomplete statistics, Beijing, Henan, Guangdong and other places have basically completed the first dose of the new crown vaccine for the 12-17 year old target population, and the second dose of inoculation has been carried out one after another.

Guangdong has promoted the “should take everything” for the 12-17-year-old people without contraindications.

The province proposed to complete the second dose of vaccination before September 15.

In response to the adverse reactions of public concern, Wang Huaqing, chief expert of the China Centers for Disease Control and Prevention's immunization program, recently responded at a press conference of the State Council's Joint Prevention and Control Mechanism that according to the monitoring and analysis of adverse reactions, the incidence of adverse reactions to children and adolescents vaccinated with the new crown vaccine is not high. For adults over 18 years of age.

Data map: Citizens are vaccinated against the new coronavirus.

Regarding the vaccine booster, experts have the latest research and judgment!

As the "delta" variant strain spreads globally, the public is also concerned about whether people who have completed the vaccination still need to be vaccinated with booster shots?

Recently, Zhong Nanshan, an academician of the Chinese Academy of Engineering, made the latest research and judgments on topics such as the effectiveness of Chinese vaccines, enhanced needles, and delta strains when attending a health industry forum.

According to the latest domestic research data, if another dose is given 6 months after the second dose of vaccine, the antibody level has increased significantly by more than 10 times, and it will remain at a relatively high level 6 months after vaccination.

"It looks like this is a very promising method of boosting immunity." Zhong Nanshan said that at present, the data on the level of boosted immunity after the mRNA vaccination abroad has not yet been counted, and the protective effect of domestic booster vaccination in the real world has yet to be further proved.

Regarding the issue of enhanced acupuncture, Zhang Yuntao, chief scientist of Sinopharm China Biotechnology, said in an interview with the media recently that when Sinopharm conducted phase I and II clinical studies last year, it had designed an enhanced acupuncture trial, and related data had been announced recently.

In the three age groups of 18 to 59 years old, over 60 years old, and 3 to 17 years old, the designed vaccination program is that the interval between the third and second injections is 56 days.

"The overall safety data is still very good. Whether it is a local reaction or a systemic reaction, it is in line with expectations, and it is no different from the two injections." Zhang Yuntao said that in terms of immunogenicity, after the third injection, the antibody The growth rate is around 30%.

Regarding which groups of people should be given priority to vaccinate the booster shot, Zhang Yuntao said that the relevant vaccination plan has been discussed, and it should be some special groups, such as the elderly over 60 years old, and the people who are most closely in contact with social and economic activities, including aviation industry personnel and express delivery personnel. Brother wait.