Japan withdraws 1.63 million doses of Moderna manufactured in Spain due to contamination

The news broke this morning thanks to a note published by the Kyodo News agency: &amp; quot; The Ministry of Health of Japan has found strange materials in 39 vials not ... 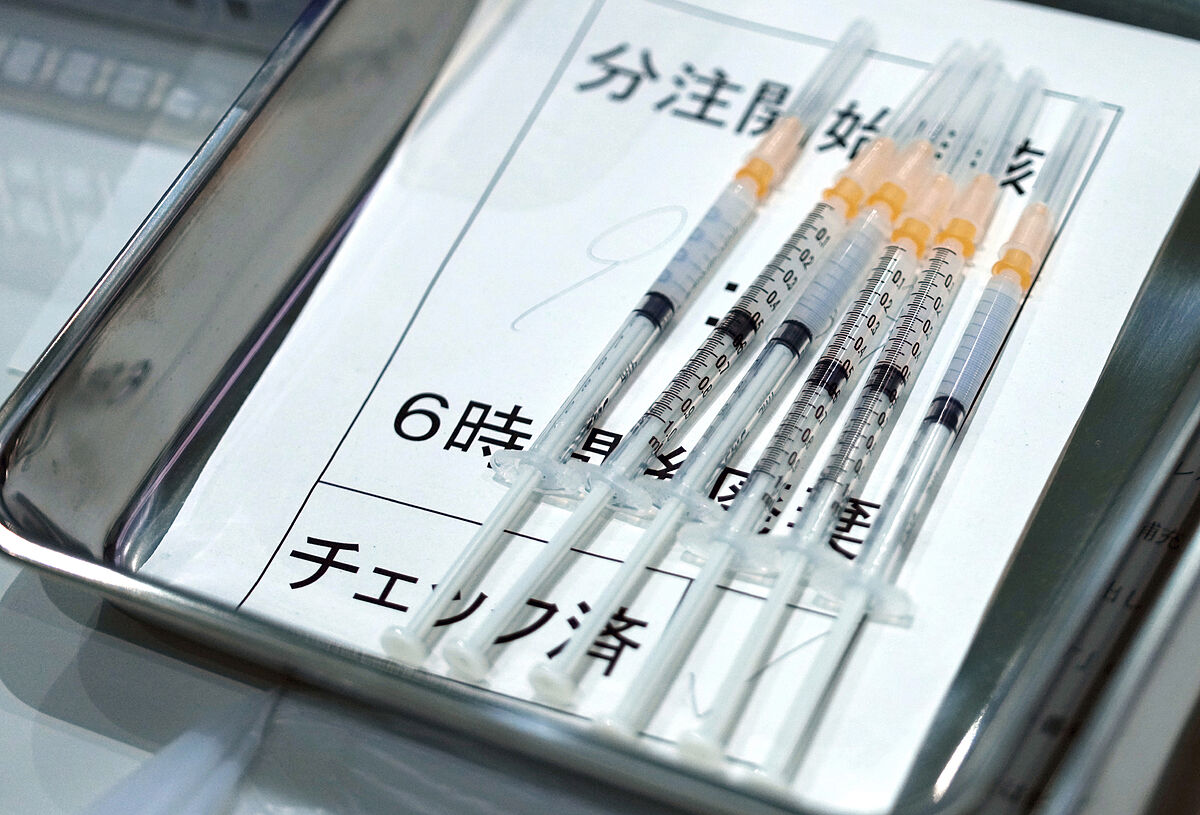 The news broke this morning thanks to a note published by the Kyodo News agency: "The Japanese Ministry of Health has found strange materials in 39 unused vials of Moderna's vaccine. The use of around

has been immediately suspended.

manufactured on the same production line as a precautionary measure. "

the three withdrawn batches of vaccines have been manufactured in Spain

Last year, the Spanish pharmaceutical company Rovi signed an agreement with Moderna to fill and package hundreds of millions of doses of its coronavirus vaccine at its Madrid factory.

In April, Rovi announced a strengthening of its agreement with the American biotech to double its capacity for filling and finishing the vaccine.

The pharmaceutical company said that its production would go from the 600 million annual doses that it currently manufactures to produce 1,400 million in 2022 thanks to the investments made in the plant that the company has in Granada and two new production lines at the San Sebastián de los plant. Reyes (Madrid)

"Moderna confirms that it has been notified of cases of particles in the vials of pharmaceutical products of its vaccine. To date, no safety or efficacy problems have been identified," the company said in a statement. "We are investigating the reports and remain committed to working quickly with our Japanese partner," he continued, referring to Takeda Pharmaceutical, the Japanese pharmaceutical company that handles the sale and distribution of the vaccine in the country.

According to Reuters, it has been Takeda that has communicated that the contamination

, although it did not make clear if the problem also affected supplies in other countries.

There are also no details about the "foreign materials" found.

The Health Ministry, which has released the numbers for the three contaminated batches, said foreign substances have been confirmed since Aug. 16 at eight vaccination posts in Ibaraki, Saitama, Tokyo, Gifu and Aichi prefectures.

Japanese government spokesman Katsunobu Kato said that no cases of health problems related to the contaminated injections had been reported.

For its part, Rovi laboratories have reported that

More than 10 million doses have already been used in Japan since the Moderna vaccine was approved for emergency use in May.

The government signed a contract with this company to receive 50 million doses at the end of September.

This mishap with vaccines comes at a time when the Asian country is fighting a fifth wave of infections, the most violent to date, driven by the Delta variant.

announced yesterday that he would extend the state of emergency to eight more prefectures, bringing the total number of restricted areas to 21 of the 47 Japanese regions, which comprise 75% of the population.

Japan has been adding more than 20,000 new cases daily for a week.

They are the highest figures for the Asian nation since the beginning of the pandemic.

In total, the country has reported 1.37 million infections and 15,768 deaths.

"The Delta variant is spreading more and more, and this is making it even more difficult to stop the virus," Suga said.

Furthermore, vaccination in Japan continues to progress at a slow pace, with less than 50% of the population inoculated with the full schedule.

Covid-19 Will the virus continue to evolve?

"Humanity is giving you too many chances"