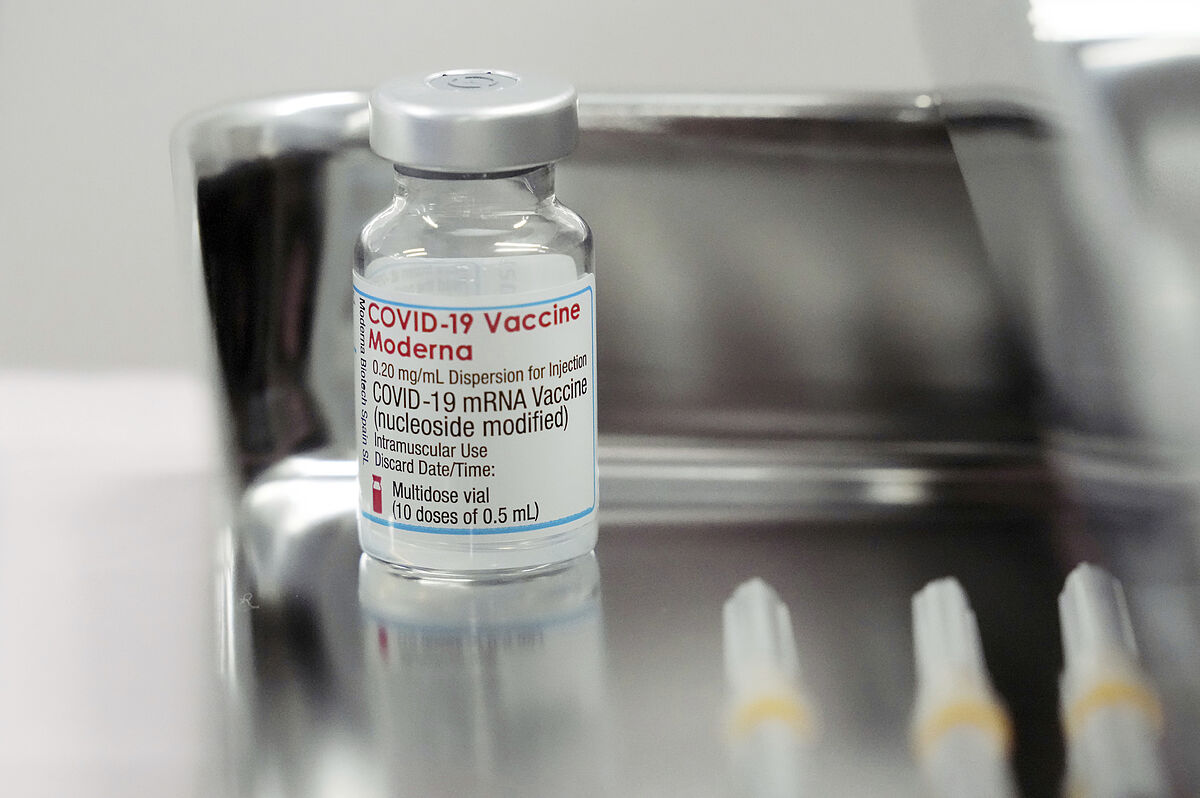 Takeda, in charge of the sale and distribution of Moderna's vaccine in Japan, said it "received reports from various vaccination centers that foreign substances were found inside sealed vials in specific batches."

"After consultations with the Ministry of Health, we have decided to suspend the use of the vaccine from these batches as of August 26," he added.

without the need for an appointment at eleven points in the region.

Specifically, it is the

, the Wizink Center, the Wanda Metropolitano stadium and eight

located in the capital (Moratalaz and Villaverde) and in the towns of Fuente el Sanz, Tres Cantos, Alcalá de Henares. , Leganés, Las Rozas and Móstoles.

In this way, the mass vaccination centers of the Isabel Zendal Nurse Hospital and the Wizink Center, which already attended without an appointment, will now offer the possibility of receiving the vaccine

For its part, the hours of the centralized Primary Care points will be

, while at the Wanda Metropolitano stadium it will attend

, except the day a game is played, the day before and after, when no vaccines will be administered.

of the Tokyo 2020 Paralympic Games, which opened on Tuesday.

for people with severe symptoms

But Suga said he instructed the Health Ministry to take up the issue, making

New cases of coronavirus in Australia exceed 1,000 for the first time

Australia reported this Thursday more than 1,000 new cases of

for the first time since the beginning of the pandemic, before a strong outbreak of the delta variant in Sydney, the largest city in the country.

The state of New South Wales, which

in the previous 24 hours.

and spread to small towns, causing the return of closures and travel restrictions in the populous Australian southeast.

Japan recalls 1,630,000 Moderna vaccines manufactured in Spain due to contamination

Japan suspended the use this Thursday of 1,630,000 doses of the Modern vaccine against the

manufactured in Spain after finding abnormal substances in one of the batches received, as announced by the Japanese Ministry of Health and Welfare.

A spokesman for the Japanese Ministry confirmed to Efe that the three withdrawn lots of vaccines were produced in a plant in Spain.

As reported in a statement by the Japanese pharmaceutical company Takeda, in charge of the distribution and sale of Moderna vaccine in the Japanese archipelago, "abnormal substances" were found in a batch of vials used at one of the vaccination points in Japan.

For this reason, it has been decided to suspend the use of the three batches from the same plant since "it cannot be ruled out that there is a risk" related to contamination.