The man who appears as a baby on the cover of Nirvana's “Nevermind” album, one of the most famous in rock history, filed a complaint Tuesday, August 24 against the group for sexual exploitation… 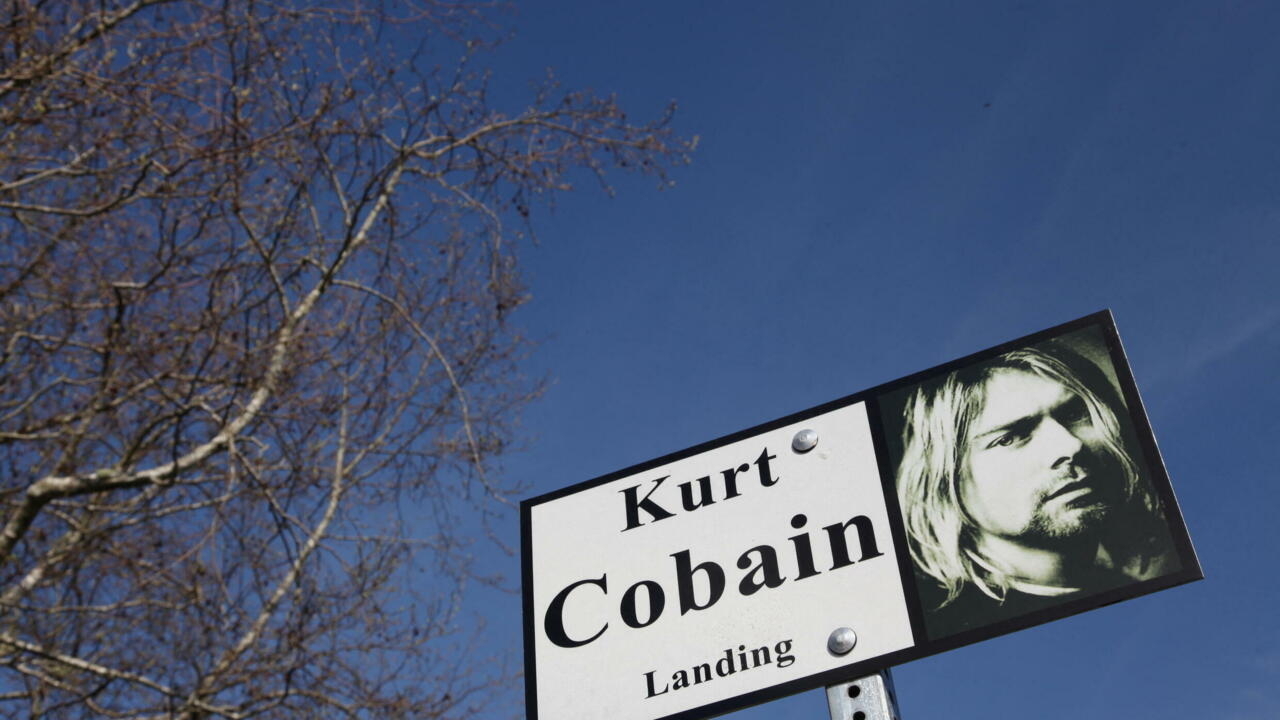 Nirvana has already been at the heart of several court cases.

Here, a panel with the portrait of group leader Kurt Cobain, at Kurt Cobain Park, in his hometown of Aberdeen, April 1, 2014. © Sébastien Vuagnat, AFP

The man who appears as a baby on the cover of

, one of the most famous in rock history, filed a complaint Tuesday August 24 against the group for sexual exploitation, according to court documents.

Spencer Elder, four months old in 1991, claims it is a child pornography image.

Photographed in 1991 at the age of four months, Spencer Elden is pictured naked in a swimming pool on the sleeve, gazing peeping at a dollar bill hanging on a hook, thanks to a photomontage.

, the album has sold over 30 million copies, becoming a benchmark in rock and pop culture.

At the time, neither Spencer Elden nor his parents "

signed any document authorizing the use of Spencer's photographs or his image, and certainly not for the commercial exploitation of child pornography images of him.

" , details the complaint, consulted by AFP.

While the album will celebrate its 30th anniversary in September, Spencer Elden claims to have never received financial compensation for this photograph: he is now asking for $ 150,000 in damages from each of the 15 accused, including members of the group still alive like Dave Grohl, Krist Novoselic, but also on behalf

of the beneficiaries of singer and leader Kurt Cobain

200 dollars for the photo of a group then unknown

The images in question "

showed in a lascivious way the genitals of Spencer, from the time when he was an infant until today

", underlines the complaint, filed in California.

Spencer Elden claims to have suffered "

" as a result of the release of these images, according to court documents.

Spokesmen for the members of Nirvana and their label have yet to comment on the complaint.

" was released, the Geffen label had prepared to censor the cover art, but

encountered a veto from Kurt Cobain

This did not prevent sellers from affixing stickers covering the baby's private parts.

A tube, a story: “Smells Like Teen Spirit” by Nirvana

Spencer Elden has reproduced the cover photo many times, including the 10th, 17th and

25th anniversary of the legendary album

No private part was then revealed.

an interview with US NPR radio in 2008

, her parents recounted receiving $ 200 for the original photoshoot, taken at a party at their house in 1991, when Nirvana was just an unknown band.

Photographer Kirk Weddle was a friend of Spencer Elden's father.