Scarlett Johansson's mood of Disney is supported by another superhero actor. Elizabeth Olsen thinks it was well done, she says in an interview. 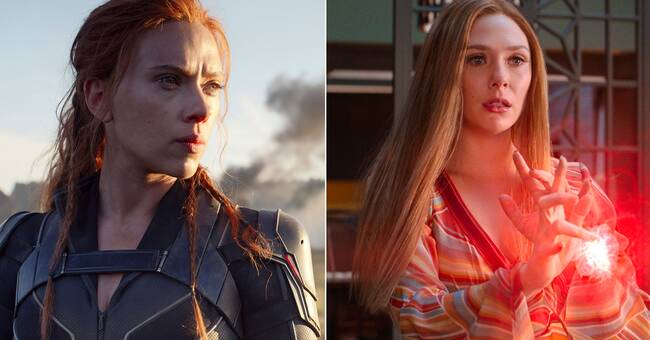 Scarlett Johansson's mood at Disney's led to a minor storm in Hollywood.

Johansson accuses Disney of breach of contract when the company chose to release the big movie "Black widow" on Disney plus at the same time as it went to the cinema.

The film star thus claims that she loses her share of the lost cinema revenue.

The atmosphere has intensified the debate about streaming, and actors' opportunities to take part in the growing cake.

- I think she is so tough and when I first read about it I literally thought: Well done, Scarlett, says Elizabeth Olsen in an interview with Vanity Fair.

Olsen, who plays the role of superhero Wanda Maximoff / Scarlet Witch, has played with Johansen in some of the "Avengers" films.

Olsen also sees other problems with movies being released directly on streaming services.

- I'm worried about the possibility of small films being seen in cinemas.

It was already a problem before covid.

I like going to the movies and I do not necessarily want to see just an Oscar challenger or a newsagent.

I would like to see art films and art film cinemas, she says in the interview.