French press review - In the headlines: the noose tightens around Kabul airport

In the spotlight: the noose tightens around Kabul airport Audio 04:25 Afghans gather at the side of a road near Kabul airport on August 20, 2021, hoping to flee the country after the Taliban took military control of Afghanistan. © WAKIL KOHSAR / AFP By: Frédéric Couteau Follow 11 mins Advertising "  Kabul airport in a state of trap,  " exclaims Liberation . “  In one week, nearly 25,000 peop 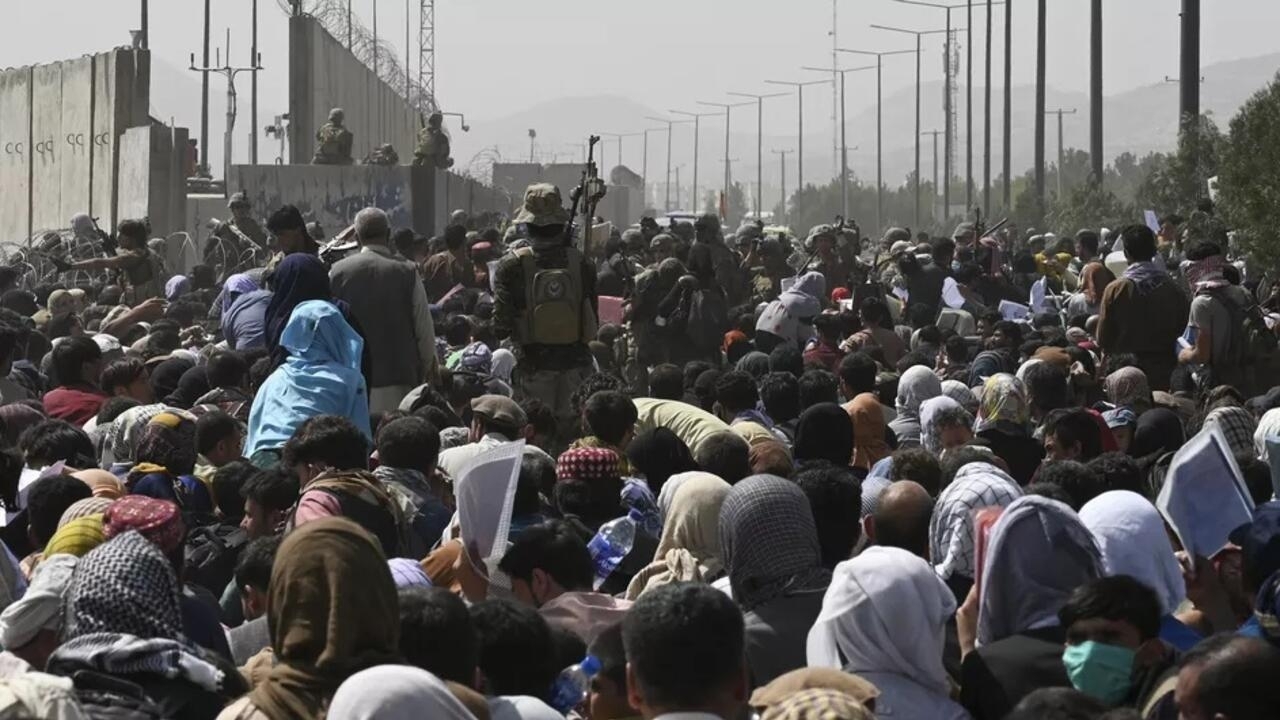 In the spotlight: the noose tightens around Kabul airport

Afghans gather at the side of a road near Kabul airport on August 20, 2021, hoping to flee the country after the Taliban took military control of Afghanistan.

Kabul airport in a state of trap,

In one week, nearly 25,000 people took the airlift out of Afghanistan. But many panicked families continue to flock to the site, where they often find themselves trapped by the Taliban.

(…) Every day, cargo planes carry thousands of people, and return to look for thousands of others, forming an airlift which constitutes "one of the most important and difficult evacuations in history", according to President Joe Biden. "The Americans want to leave 60,000

people before the end of the month. It is mathematically impossible", judged Saturday the head of European diplomacy, Josep Borrell.

In any case, notes

The Islamist militiamen who control the surroundings of the place, up to the foot of the perimeter wall, shoot in the air and administer lashes, blocking the access.

Images shot by Sky News showed the bodies of at least three people, presumably crushed by the crowd who pressed against the entrance gates.

In total, the evacuation operations have already claimed 20 victims, according to NATO.

The accelerated fall of Kabul and the airport tragedy will mark the Biden presidency with a black stone.

(…) The President of the United States wanted to give the image of a power finally mature and responsible.

He is not far from showing the contrary.

Against all his promises and expectations, the American guarantor of a form of peace gives way to the darkest disorder.

We flee the capital in the din of gunfire and helicopters dispatched to the rooftops.

The Taliban themselves are annoyed, as the spectacle thwarts their attempts to present themselves in a reassuring light.

Also on the front page: Joséphine Baker in the Pantheon… “

The singer of the review will therefore join the cohort of“ great men ”,

in a Pantheon intended to show them the recognition of the motherland. The entry of Josephine Baker saves the institution from its heavy uniformity.

she was not a man, she was not born in France in an environment favoring the greatest ambitions, she had not wiped the benches of the greatest schools, she did not leave a scientific or literary work. She was a free woman, endowed with a strength of character that made her challenge convention, contradict racial and social determinism, armed with a courage that led her to risk her life in the service of the Resistance.

She was a determined resistance fighter against the Nazis, a free woman, an artist proud of her origins, an activist who never stopped proclaiming her love for France.

All the boxes were ticked for her to become an icon of French diversity, which she had pushed to its limits by adopting twelve children from different countries and continents.

the economy is better: it is the pleasant surprise of the return

on the front page. “

We were promised blood and tears. The return to the economic front will finally be under good auspices. The indicators that fell this summer are fueling optimism in the business world. Once again well aligned, unemployment is down with a rate of 8

%, employment has returned to its pre-crisis level. INSEE is now counting on growth of 6

% in 2021. The failures of chain companies have not taken place. French purchases, according to bank card data, are very dynamic

: total spending across all sectors was around 17% higher.

good surprises which should encourage us to give in less easily to a sinistrosis that has become a national sport."