Everything you need to know about summer ear infections

As those of school-age children know, much of childhood ear infections are more common in winter than summer, but heat and ... 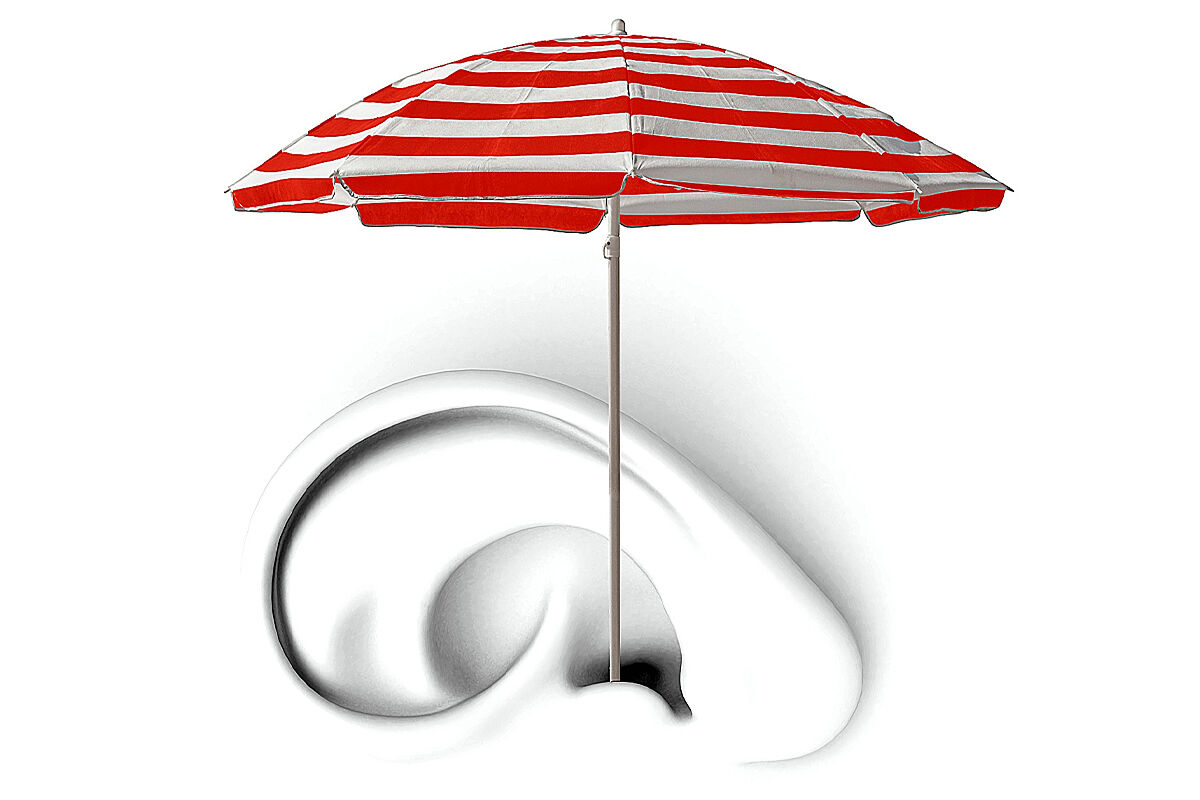 As those of school-age children know, many ear infections in childhood are more common in winter than in summer, but the heat and summer dips can also do their thing on the health of the little ones. . and of the elderly.

If you want to keep your ear canals free of infection this summer, I invite you to learn everything about swimmer's ear.

Are all otitis the same?

No. There are mainly two types depending on the place in the ear where the infection occurs: external otitis and otitis media.

The former are those that appear more frequently in summer as a result of an infection originating in the external auditory canal, that is, the part of the ear that goes from the ear to the eardrum.

The latter originate behind the eardrum, in the region known as the middle ear, and are much more painful than the former due to the pressure they exert on the internal structures of the ear, especially on the eardrum.

What is "swimmer's ear"?

It would be classified within external otitis and it is nothing other than an infection of the external auditory canal caused, generally, by a bacterium or a fungus.

Are they more frequent in children?

They are not exclusive to children although they are more frequent in them than in adults, especially between 5 and 12 years of age.

Among the possible explanations for this happening, the most obvious is that children tend to spend much more time swimming, diving and playing in sea or pool water than adults, so the chances of ending up suffering an infection they are older.

Why are there more cases in summer?

Because it is when more children and adults spend time swimming.

It is the time par excellence in which we spend hours and hours in a bathing suit, entering and leaving the water almost constantly.

This causes that there is abundant moisture in the external auditory canal, which can end up irritating it and opening small cracks through which bacteria or fungi easily slip, which will probably end up generating an infection.

What symptoms does it cause?

The most common symptoms are itching and pain.

A pain that can increase when chewing or when putting pressure on the outer part of the ear.

In addition, when observing the canal with the help of an otoscope, we will see that it is red and inflamed, and it is common for us to find a purulent discharge.

The appearance of fever, however, is not typical of swimmer's ear.

What does the treatment consist of?

It will depend on the infection and other symptoms that the child presents, but it is likely that your doctor will prescribe antibiotic ear drops along with other drugs that help reduce pain and inflammation in the area.

In some cases, it would not be unusual for your nurse or doctor to have to first clean the internal secretions from the ear canal for the medication to take effect.

While the treatment lasts, avoid bathing.

It is not advisable to start any treatment on the ear without a health professional assessing the situation beforehand.

Can they be prevented?

Although there is nothing infallible, there are small gestures that we know help prevent the appearance of external otitis.

-Dry the ears carefully when leaving the water with the help of a towel.

To do this, we will tilt the head to both sides to help the water deposited in the ear canal to drain to the outside.

We will never use cotton buds.

Except if otitis has already made its appearance, in this case they are contraindicated.

Is there a higher risk of otitis in the sea or in the pool?

The risk will be closely linked to the quality of the water where we are bathing, but they are more common in fresh water than in salt water.

The beaches marked with a blue flag offer us the assurance that the quality of the water is measured and controlled, and germs such as Enterococus Intestinalis or Escherichia Coli remain within parameters that make it safe for bathing.

Sodium hypochlorite salts, algaecides ... are used in swimming pools, but even so, germs from the sweat or urine of bathers accumulate and are resistant to purification systems.

Coronavirus More than 10,500 admitted by Covid-19, the same as at the beginning of October

Coronavirus Alert in the US: "In addition to Covid, cases of RSV, respiratory syncytial infection, are increasing in children"

Health The figure of discord: what is the fatality rate for Covid-19?