On the morning of August 19, Powerlong Real Estate (HK.1238) held a 2021 semi-annual results conference to announce the first half of the year ending June 30, 2021. During the reporting period, Baolong Real Estate achieved contracted sales of 53.04 billion yuan, a year-on-year increase of 68.2%; total revenue was 20.73 billion yuan, a year-on-year increase of 20.7%; net profit was 5.08 billion y 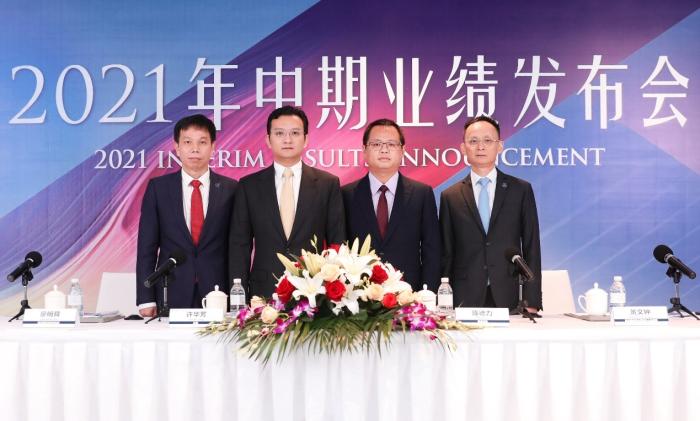 In summarizing the performance highlights in the first half of the year, Xu Huafang, President of Powerlong Real Estate, said: The company’s performance has grown rapidly, and its earnings have reached a new high. The “three red lines” will continue to maintain the green level, and will be further recognized and improved in the capital market, and will continue to rise. Quality development route.

Since the beginning of this year, the new crown epidemic has continued to repeat in many places, and the three red lines, centralized land supply, regulatory expansion, and tightening of credit lines have been superimposed. The real estate sector has entered a deep "financial control", and the overall performance of the industry has been under pressure.

However, under the guidance of the high-quality development strategy, Powerlong Real Estate has made firm steps. In the first half of the year, its performance continued to grow at a high level and its profitability increased significantly.

At the same time, the company's sales performance maintained a steady growth trend. In the first half of the year, contract sales reached 53.04 billion yuan, an increase of 68.2% year-on-year, and 50.5% of the annual sales target has been completed, laying a solid foundation for the smooth realization of the annual target of 100 billion yuan.

Among them, the sales amount in the Yangtze River Delta accounted for 83.0%, and the strategic focus effect was obvious.

The territory of the Yangtze River Delta was further expanded to Anhui, and the Greater Bay Area entered into the two cities of Zhongshan and Foshan, and signed a 50 billion yuan strategic investment agreement with the Guangzhou Municipal Government as an important target market and key investment area.

With the advantage of land acquisition in the complex, the company continues to reduce land costs.

As of the first half of the year, the company's total land average cost price was 3570 yuan/square meter, and the average land transaction price accounted for 22.8% of the average sales price in the first half of 2021. The cost advantage was outstanding, leaving plenty of room for subsequent profit growth. The improvement of business quality and the steady growth of scale in the future provide a strong guarantee.

The company closely follows the national strategic guidelines, is good at seizing urban development opportunities and deploying ahead of schedule. In the second half of the year, it has a saleable value of 118.4 billion. Among 139 saleable projects, 83.7% are located in first- and second-tier cities.

The resource advantage is superimposed on the structural dividend, and the goal of breaking through 100 billion yuan for the whole year is steadily advancing.

As an important business section of Powerlong Real Estate, Powerlong Commercial (HK.9909) also performed well in the first half of the year.

Another 4 projects opened ahead of schedule to release performance gains in advance.

Taking Jinjiang Baolong Plaza as an example, through measures such as introducing benchmark brands, improving marketing activities and optimizing public communities, it has successfully achieved "full shop operation + quality improvement + performance growth", and the occupancy rate has increased from the lowest 73.7% to 100%. The average daily turnover has increased from 1.35 million yuan to 2.05 million yuan, which has become a benchmark case for the improvement of operating efficiency in the industry.

In the first half of the year, the company’s newly-added land bank includes 7 shopping malls with a planned area of ​​550,000 square meters. In the second half of the year, it plans to open 10 Powerlong Plazas, 3 Powerlong Tiandi and 5 Powerlong Xinghui projects. The accelerated expansion of commercial scale is beneficial to the company. Further consolidate its leading advantage in the field of commercial real estate.

In May of this year, Baolong Business teamed up with Tencent to accelerate the construction of a new smart business ecosystem.

While maintaining steady growth in performance, Powerlong Real Estate's finance has always maintained a steady state, and its financial performance has continued to be optimized.

Benefiting from this, Powerlong Real Estate is favored by all parties in the capital market, and investment banks, brokerage firms, and credit rating all give the company positive reviews.

Standard & Poor's upgraded the company's main body rating to BB-, and the bond rating to B+. The outlook is stable. This is the first time Powerlong Real Estate has entered the ranks of "BB" since its listing.

Citigroup, Goldman Sachs, UBS, Industrial, Huatai, Guotai Junan and other well-known investment banks have successively released promising research reports, and many institutions have raised their target prices for the company.

In particular, the company has also been included in the MSCI China Index, which further reflects the market's positive recognition of the company's comprehensive strength, various business indicators, and corporate governance.

Looking forward to the second half of the year, Powerlong Real Estate will continue to adhere to the concept of high-quality development, continue to expand and strengthen the main business of commercial real estate, and further enhance corporate operating capabilities. At the same time, it will consolidate the investment strategy of deepening the Yangtze River Delta and expanding the Greater Bay Area with a more stable attitude. , Successfully completed the annual goal of 100 billion yuan, and brought better returns to investors and customers.