International report - In Thailand, mortuaries are overwhelmed by Covid-19 victims

In the face of the Delta tidal wave, hospitals, funeral services and morgues across the country are overwhelmed. As in most of the region of Southeast Asia, the vaccines arrived too late for… 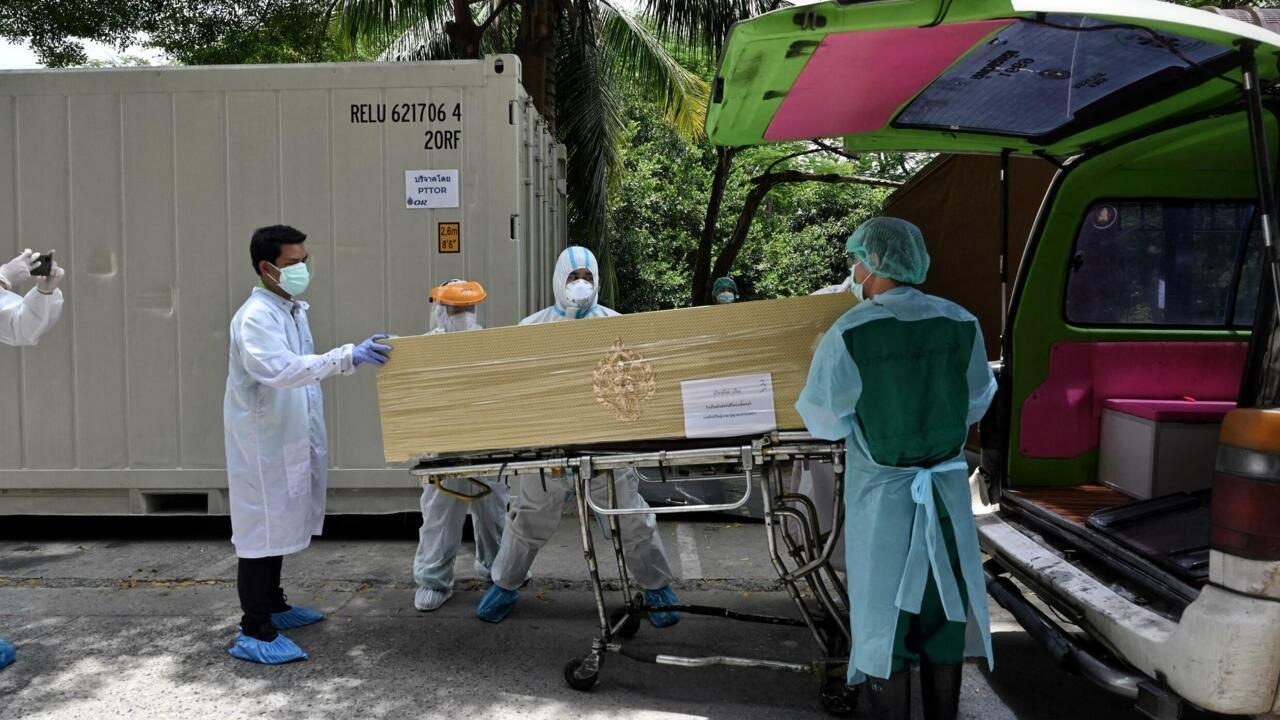 In Thailand, mortuaries are overwhelmed by Covid-19 victims

In the face of the Delta tidal wave, hospitals, funeral services and morgues across the country are overwhelmed.

As in most of the region of Southeast Asia, the vaccines arrived too late to counter the third wave.

The growing discontent of the population revives the anti-government protest and the pro-democracy movement.

Not enough beds, not enough respirators, and now not enough room in the country's mortuaries. Thammasat University Hospital had to rent refrigerated containers to house the bodies of the deceased, because with the increase in mortality from the Covid-19 virus, autopsy requests have increased, sometimes because the cause of death is unknown, sometimes because families want to make sure that their loved ones are dead from the virus and not from medical negligence in a context of overworked caregivers.

In fact, according to director Paruhat Ton-Udon, it's quite the opposite.

Deaths have increased dramatically, including deaths where the cause is unknown.

On average, on the autopsies that we carry out here, we discover 20% more deaths linked to Covid-19, on patients whom we did not know had been infected.

We have to rent containers to do these tests, because at the hospital, we have about ten refrigerators, but that is not enough.

The epidemic has revealed the fragility of the Thai health system, which is considered to be one of the best in the region.

But above all, Thais find it difficult to understand the fiasco of the vaccination campaign, which arrived too late to stem the tidal wave of the Delta variant.

A company owned by the royal family was supposed to manufacture vaccines locally but ultimately failed to deliver them on time.

Enough to rekindle the anger of the pro-democracy movement, which has been asking for more than a year for the departure of the Prime Minister and a reform of the monarchical institution.

In recent weeks, anti-government demonstrations that had stopped because of anti-Covid restrictions have resumed in the capital, triggering violent clashes with the police.

Present on the scene, Voranai Vanijaka, an editorialist close to the movement, calls on Thais to make the link between the decline of freedoms under the military government and the disastrous management of the vaccine policy. “

Today we are desperate. It had started before the Covid and the fact that we did not have access to vaccines. It started with the military takeover, the unjust laws they rewrote. And although our problems did not start with the Prime Minister, since he has been in power, everything has worsened. If today you don't feel at least a little hopeless, it is because you never had any hope for the future of this country.

The vaccine program, after a chaotic start, has nevertheless accelerated in recent weeks.

The government hopes for an improvement in the epidemic situation from the end of September.