A unique idea and a lot of humor: how the animated series "Masha and the Bear" became the world's most popular show for children

The Russian animated series "Masha and the Bear" took first place in the world rating of content for preschool children. The project has bypassed shows such as Sesame Street, Paw Patrol and Peppa Pig. The animated series has been translated into 43 languages ​​and is available in many countries. The reasons for his success RT were told at Animaccord studio. 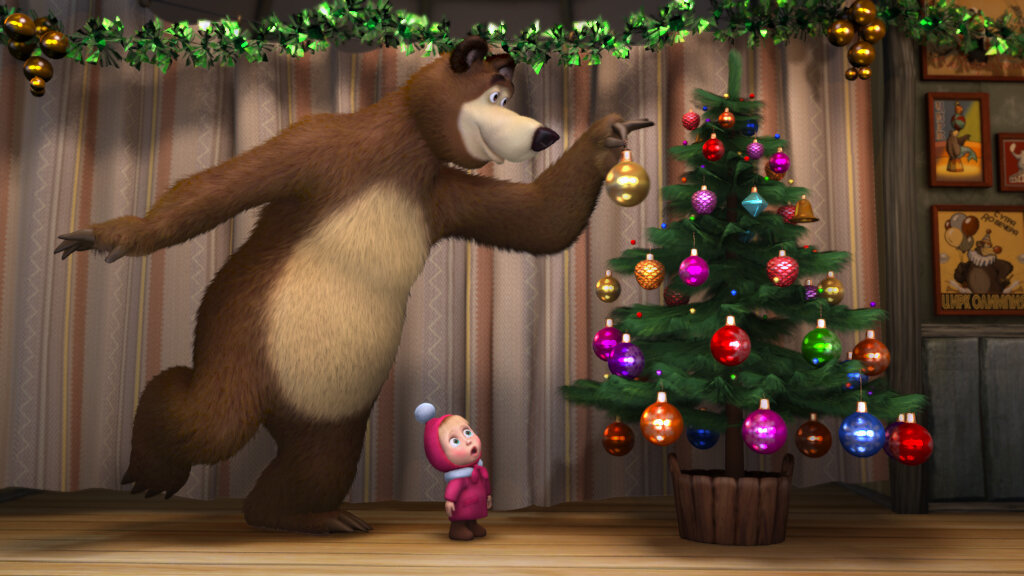 The Russian animated series Masha and the Bear by Animaccord has topped the world rating of content for preschool children compiled by Parrot Analytics.

When forming the rating, data on views of more than 10 thousand shows, both on official and pirate sites in all countries of the world, as well as the number of search queries and mentions of projects in social networks were taken into account.

The monitoring used data from the last two months.

As noted in Animaccord, the series "Masha and the Bear" bypassed such popular foreign projects as "Sesame Street", "Paw Patrol" and "Peppa Pig".

According to representatives of the studio, the cartoon has achieved such high results primarily due to the theme of family relationships, which formed the basis of the project.

“First of all, you need to understand that the animated series is based on a unique idea of ​​the parent-child relationship. It is understandable to every viewer, regardless of age, culture and origin. In each episode, Masha learns the world around her, and her elder friend Mishka, with such, let's say, parental warmth and care, guides her along this difficult path. At the same time, the animated series retains the brightness and dynamism of the plot, and the "gagging", which includes hilarious situations, funny phrases and tricks for children, makes it truly fascinating for both children and adults, "the press service of the company told RT.

The series "Masha and the Bear", inspired by a Russian folk tale, was launched in January 2009.

To date, the project has five seasons, has been translated into 43 languages ​​and is broadcast in many countries.

One of its episodes premiered on the International Space Station.

The animated series has grown into a major franchise that includes spin-offs, video and board games, toys, and more.

According to the research agency Kidz Global for the spring of 2021, Masha and the Bear is one of the most popular entertainment brands for children in the European, Middle Eastern and African markets.

The series has a particularly large fan base in Italy, where it gained popularity shortly after its premiere.

As noted in Animaccord, in one of the amusement parks they even recreated the world of Masha and the Bear.

“Then we gradually began to appear on the main TV channels and VOD sites in Europe, the Middle East, Latin and North America.

The whole region of the Middle East fell in love with Masha - we assume that Masha's handkerchief could have played a role here.

In Brazil, at the country's famous carnivals, children and parents dress in Masha and the Bear.

In general, we are infinitely pleased to see such love for our characters for so many years on all continents of the Earth, ”said the company.

The series "Masha and the Bear" is available on YouTube, where more than 35 million users have subscribed to its official Russian-language channel.

In the early 2010s, the cartoon appeared on other major international platforms, and a few years later on Netflix.

In 2016, the series of the cartoon "Masha + Porridge" became one of 17 videos that managed to gain more than a billion views on YouTube, and in 2018 the episode surpassed the 3 billion mark. YouTube. At that time, the episode was one of the five most watched videos on the platform in history. To date, the cartoon is ranked sixth. Higher results can be found in the Baby Shark dance video, Despacito video by Luis Fonsi and Daddy Yankee, Johny Johny Yes Papa animation, and Ed Sheeran's Shape of You music video and See You Again by Wiz Khalifa and Charlie Puth.

In May 2020, the cartoon "Masha and the Bear" was included in the five most popular projects for children during the peak of the coronavirus pandemic.

The audience praises, among other things, the universal plot of "Masha and the Bear" and humor.

The American edition of Animation Magazine included the author of the cartoon Oleg Kuzovkov in the list of innovators in animation for his contribution to the development of the industry.

The project itself is included in the list of "250 TV Shows Destined to Become Classics" compiled by the magazine.

Also, the tape was awarded the Kidscreen Awards and other prestigious awards.

Animaccord says that the studio is now working to introduce new technologies and improve product quality.

“In the summer of 2020, we presented a new season of Masha and the Bear, which became the first 4K-resolution project in the history of Russian serial animation, in which only full-length projects of leading foreign studios were previously released,” the company cites an example.

Also, the studio, as part of the franchise, prepares projects in new formats that would allow the use of new plots, locations and characters.

In the coming years, it is planned to release four thematic animated films with a duration of about 22 minutes.

A full-length film "Masha and the Bear" has also been announced.