One of the places that have best known how to integrate bicycles into nature and which have also done so in a truly original way is the Belgian region of Limburg. Des 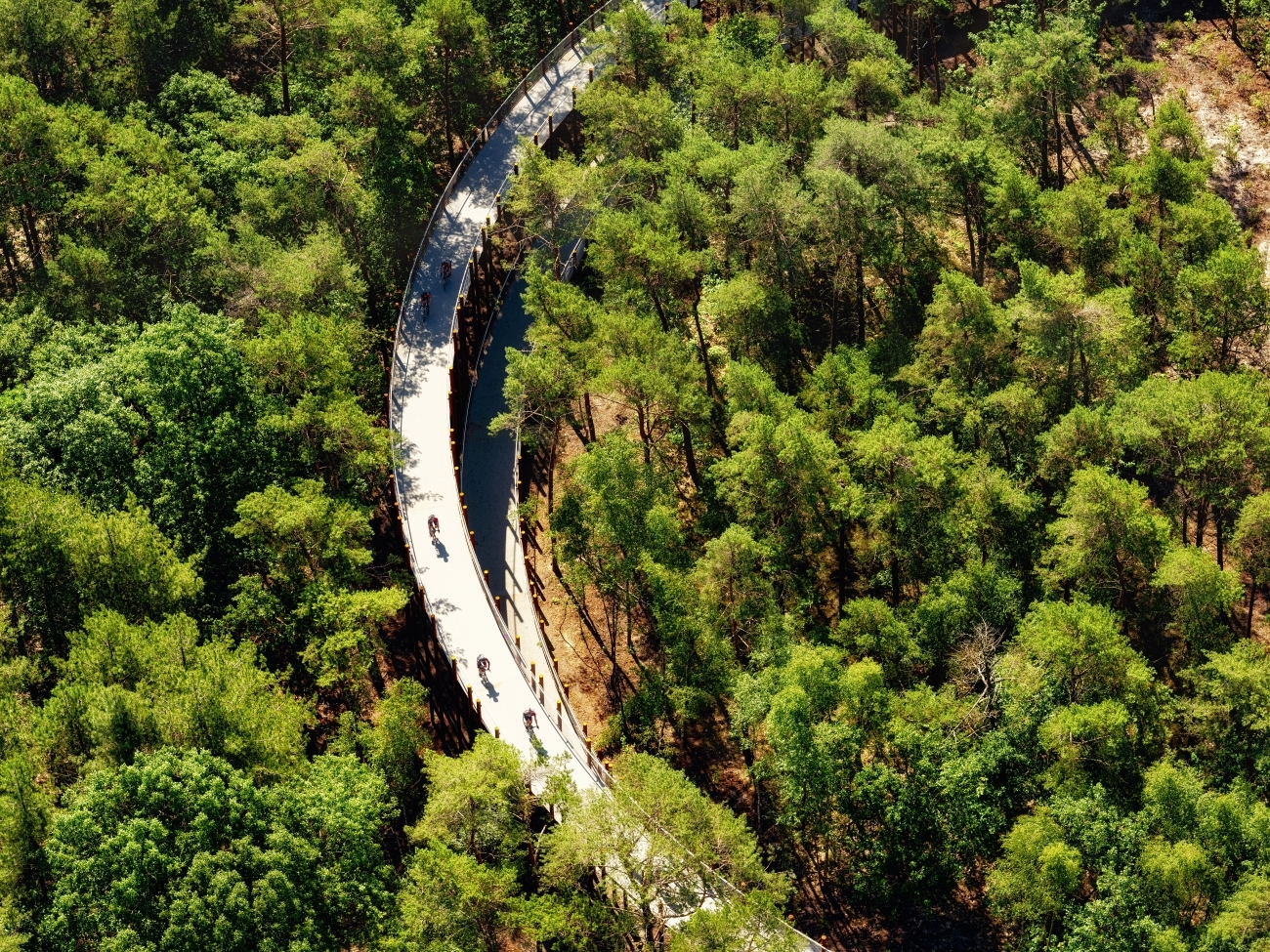 In recent years, this unknown border enclave with the Netherlands has created a series of cycle paths that cross lakes, climb through the forest and, for a few days, rise through the Hoge Kempen National Park to obtain a different perspective of the environment .

Limburg, birthplace of the master Jan van Eyck, has been known for a quarter of a century as the cycling province of Belgium. Located in the east of Flanders it has more than 2,000 kilometers of paved bike paths. But only the popularity of the cycle lane and the love for wheels does not attract attention in this part of Europe. What has made this region different was to bet on the interaction of the

cyclist with the landscape

. "Our network of cycling routes is being copied around the world," says Igor Philtjens, promoter of the trails today.

The first project was

Pedaling through the water

, a 200-meter concrete path through a

, an already fanciful place because it houses an open-air museum with 120 historical buildings in the middle of an idyllic place that includes an old lake complex.

Everything, one hour from Brussels.

Launched in 2016, the bike ride quickly became a success.

Last year, its managers celebrated the milestone of

"The experience is unique because you pedal with the water on both sides at eye level," says Philtjens who is also President of Limburg Tourism.

The bar was very high when the next project was conceived, so maybe they did it in a big way. This time it is

Pedaling Through the Trees

, in Bosland, open in 2019. In this case, cyclists travel on a circular path that rises through a coniferous forest.

Designed by BuroLandschap and landscaper Pieter Daenen, the structure is a 100 meter diameter double circle.

In total, the three-meter-wide trail is almost 700 meters long and rises in a gentle incline to a height of 10 meters before descending back to the forest floor.

The path is supported by Corten steel pillars that blend in very well with the landscape.

A bridge over nature

And since there are no two without three, this summer Limburg celebrated the opening of

Cycling along the Heide

. This time it is a four-kilometer route through Belgium's only national park where vast pine forests alternate with a beautiful landscape of heaths. The most spectacular thing is a wooden bridge that gives direct access to the heart of the park, offering a very different look at this environment. This is just one of the attractions of these trails: they provide another point of view on what surrounds us, another way of looking and discovering. "We continue to invest and innovate in our network of cycle paths. With this third project we have put our province even stronger on the map," said Philtjens.

Pilgrimage The Camino de Santiago has a 26-stage impersonator on an island of ... Korea