"West Side Story", in its modern version, is a new victim of the epidemic

The new version of the West Side Story theatrical show has become a new side victim of the “Covid-19” pandemic, as its producers announced, the day before yesterday, that it will not return to Broadway stages as previously scheduled. the past, but it 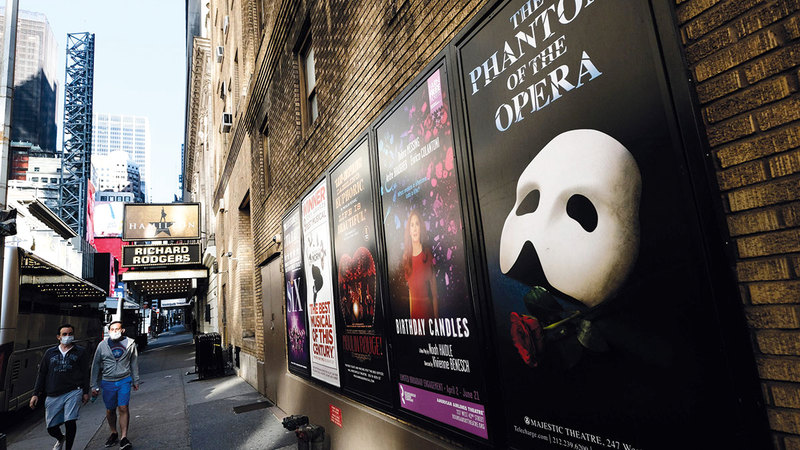 Won't go back to Broadway

"West Side Story", in its modern version, is a new victim of the epidemic

Broadway theaters are scheduled to reopen in September.

The new version of "West Side Story" theatrical performance has become a new side victim of the "Covid-19" pandemic, as its producers announced, the day before yesterday, that it will not return to the Broadway stages as previously scheduled.

The new version of the famous theatrical work was launched in February of last year, but it was forced to stop after only one month, due to the outbreak of the “Corona” virus in New York.

"It is with great sadness that we announce that West Side Story, with its remake on Broadway in 2020, will not be returning to stage," producer Kate Horton said in a statement.

"Re-showing is not a viable proposition for a variety of reasons," she added, thanking the "remarkable and creative artists" in the production team who brought the story back to life "on Broadway, even for a very brief period."

The work bears the signature of the Belgian director Ivo van Hoofe, who introduced an unprecedented transformation of the musical originally produced in 1957, with a more diverse cast and themes that mimic the current reality.

And the pandemic was not the only obstacle to the show, as original producer Scott Rudin stepped down in favor of Kate Horton after accusations of workplace harassment.

Amar Ramasar, one of the main actors, also faced accusations of inappropriate behavior during his years with the New York Ballet.

Broadway theaters, which are scheduled to reopen next September, announced that they will require members of the public and all members of theater productions to be vaccinated against "Covid-19".