Moncho Chavea: "I am more real than the monarchy"

Moncho Chavea (1991) was born in Valladolid, but grew up in the Madrid neighborhood of Pan Bendito. After working as a street vendor and spending seven months locked up at home with ... 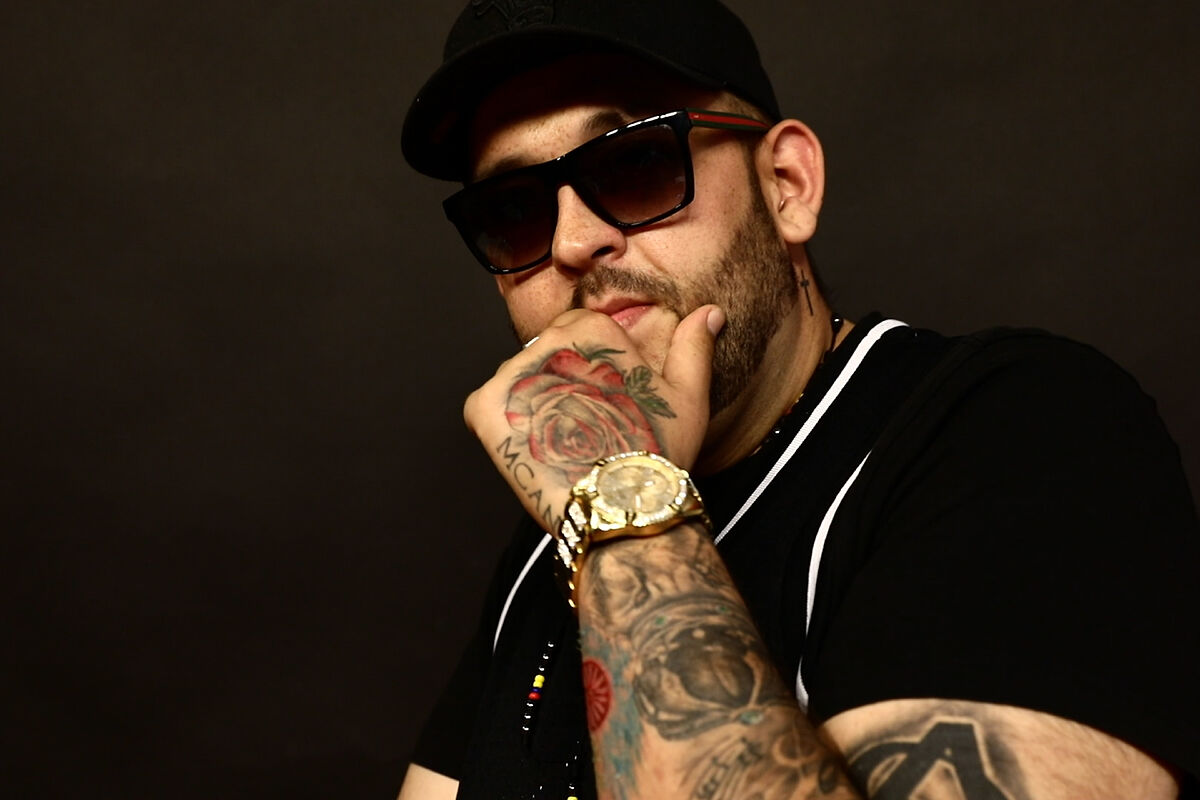 (1991) was born in Valladolid, but grew up in the Madrid neighborhood of

After dedicating himself to street vending and spending seven months locked up at home with agoraphobia, he took to the stage.

Now he sings and produces for friends like Omar Montes.

What is the first memory you have of music?

I remember a drum that my mother bought me, which made me very excited.

It was pink and, of course, since we conceptualized everything, it pushed me back.

But I really liked music.

He was about five years old, he was very small.

As I have had few gifts in my life I remember all of them and I have a very good memory of that.

Q. Did you have financial problems?

In my house I have never lacked a plate to eat.

I have had a father and a mother who have been there, but it is true that we have not been to shoot rockets either.

And, of course, the money was spent where necessary.

P. Since the drum, how do you get into music?

Well, it starts at school, in Music class.

I could make pieces, because I have perfect pitch, that is, I can reproduce a melody without you giving me score or anything.

And the teacher was the one who was surprised because when I listened to the music that they played on the radio cassettes, I would interpret it on xylophones or on a piano.

You give me a sheet music and it's as if you give me a Russian bible, I don't understand anything.

Q. But how do you start to professionalize your music?

When I asked my wife and got married, my job was to sell on the street. I sold in cardboard boxes, I made myself a small table and sold jewelry. But of course, I did not, and when the son came to me he surpassed me. I went through a very strong depression and was at home with agoraphobia, with strong depression themes. He couldn't go out into the street. I spent seven months in a room in my house without going out. I had a thousand and one conversations with God in that room, because I am a believer and I take refuge a lot in God and in his teachings. I made a covenant with God. I said: I promise to be good, to try to be my best, to set an example and even give your word, put your seed everywhere, if you help me. I sought him out, I cried out and humbled myself, and he helped me. And when I got out of there, I went back to the music.

Q. How has your belief influenced your music?

I think that Christian songs, not just Christian, Muslim ... They are the most beautiful in the world.

The musicians are brilliant and I drew a lot from that music.

The "Chavea sound", as the press speaks, is influenced by God.

There is God, there is the fatigue of the gypsy, which has happened throughout the history of our people. We also reflect it a lot in music.

Q. And that belief conditions you when writing your lyrics?

I am in a world where God does not like me to be, it is a world of the night, we know that there are many things that should not be done.

I feel like I'm in a bubble, I'm protected by him and I can see bad things and not let them affect me, attack me, hurt me.

They are temptations, after all.

Of course it conditions me.

If I said everything on my mind, I think I would even go to jail.

But no, I have to be careful.

I am aware that many people listen to me, many kids, and I have to give them an example.

I don't want to give you the example that the one who kills, the one who rapes, is the pimp and is the winner.

No, that's the fool in the movie.

I have to sell them that I have gone through something that I do not want my children to go through.

Q. Do you have that conscience since you are a father?

Yes, with my children it already happened to me and with my daughter it finished me off.

I listen to macho lyrics, I am even brave to say that I have also been related to that type of theme, and I think of my daughter and say: stop the world.

I am very much of what you sow, you reap.

It is true that it has changed me.

I say I'm getting older, but it's just lucidity, good sense.

P. How much is there of Moncho character and how much of Ramón person?

Moncho Chavea is a created character or a character that has an exaggeration.

Not only Moncho Chavea, all the singers.

It is not being less real or more real.

I am more real than the monarchy, than a five-dollar coin.

What is certain is that we do not stop being interpreters of stories created in part by ourselves.

Q. How have you been exposing your life so much?

Well, I feel that I have reached a point where I am strong enough to expose my personal things.

If I give you my heart it is because it is covered with a layer of steel and you cannot harm it, otherwise I would not give it to you.

I have reached that point in my life where I can show you what I am like because it will not affect me.

Idols Chuty: "For one event I earned more than in a month at the office"

ÍdolosDaviles de Novelda, the author of the song most listened to by the Selection: "I am a petanque addicted"

MusicObús cancels a concert with Sherpa, former Barón Rojo, after accusing him of posting "fascist" tweets