Åke Lundqvist has passed away at the age of 85. For almost 50 years, he was associated with Stockholm City Theater. "A theater life, a piece of theater history is gone", says theater director Maria Sid in a press release. 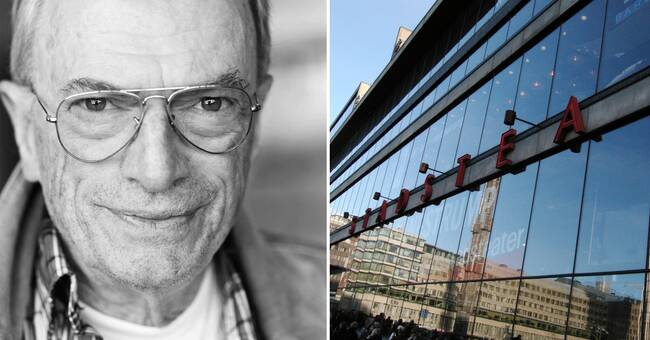 Actor Åke Lundqvist passed away on August 4 after a period of illness, his family announces.

Åke Lundqvist was born in Gävle in 1936 and trained as an actor in Gothenburg in the 1950s.

He made his debut in 1960 at Norrköping-Linköping City Theater (today Östgötateatern).

In 1973 he came to Stockholm's City Theater (today Kulturhuset Stadsteatern) to play Bookkeeper Schröder in a dramatization of Selma Lagerlöf's Gösta Berling's saga.

He remained there until his death, with a short break in the 1980s.

During his years at the theater, Åke Lundqvist played 93 different roles in over 80 different productions.

Played the last role during the pandemic

"With his distinctive sharpness, his tangible warmth and his great professionalism, he will be greatly missed, both on stage and behind.

A theater life, a piece of theater history is gone ", says theater director Maria Sid in a press release.

Åke Lundqvist performed his last role at a distance, in the middle of the corona pandemic, in the anniversary performance The Great Theater Gala, which was played in the autumn of 2020 at Kulturhuset Stadsteatern.

We miss Åke and keep the memory alive of a great stage artist and esteemed colleague ", says Robert Fux, actor in the theatre's permanent ensemble in a press release.

Åke Lundqvist also did several roles for both film and television. He was also rector of the Theater Academy in Stockholm and theater director of Uppsala City Theater 1985–1991. In 2013, Åke Lundqvist was awarded the Royal Litteris et Artibus Medal for outstanding artistic contributions in stage production.