1981, Prince Charles of Wales marries Lady Diana Spencer, Georges Brassens and Bob Marley leave us. And in France, it is above all a year of presidential elections. “Coluche, president!”, E… 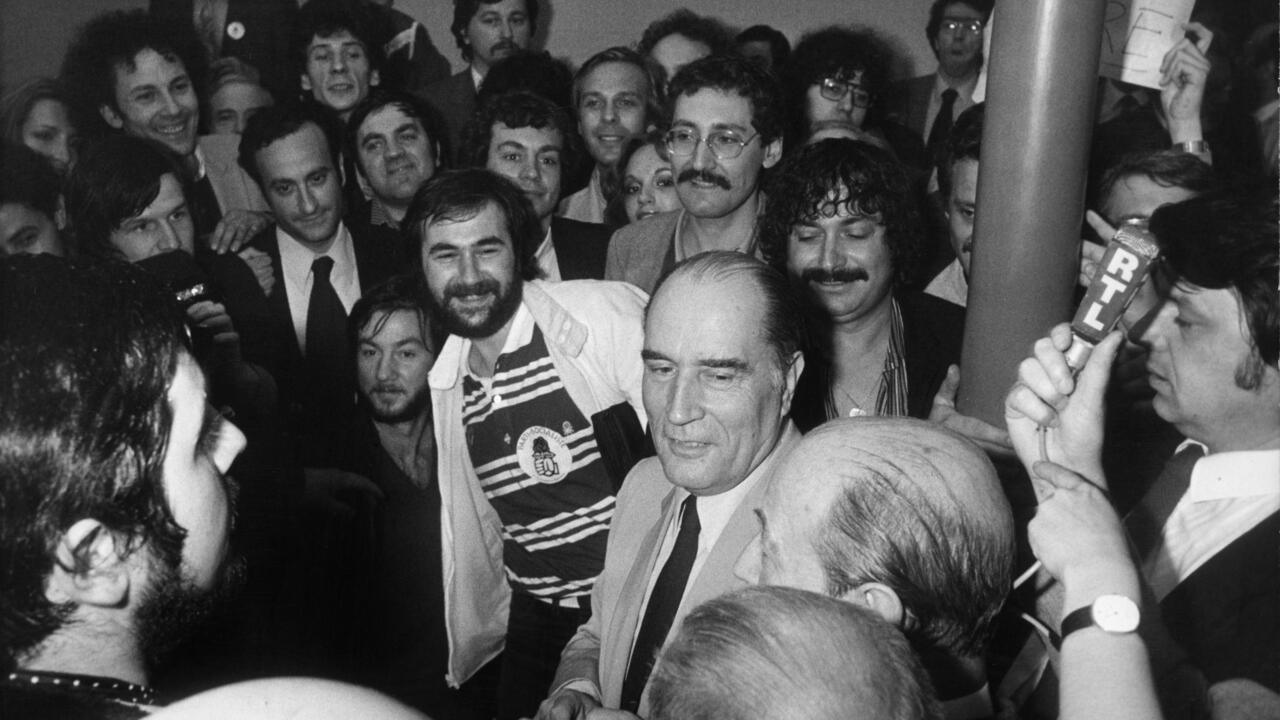 Freshly elected, François Mitterrand arrived at the headquarters of the Socialist Party, rue de Solférino, in Paris, in 1981. GettyImages

And in France, it is above all a year of presidential elections.

“Coluche, president!” One hears at one point.

In his inaugural speech, Mitterrand will have strong words: “

There was only one winner, on May 10, 1981, it is hope. May it become the best shared thing in France

”. This is the first time in the history of the Fifth Republic that a left-wing president has been elected. And that is frightening internationally. It must be said that almost everywhere else in the West, it is the conservative right that wins, with Ronald Reagan and Margaret Thatcher leading the way. In the middle of the cold war, a socialist president, who appoints communist ministers in his government, that worries the traditional allies of France.

Mitterrand will prove to his allies that even if he is on the left, he will be totally committed to the Western cause. Would he have sold his soul on the left to pressure from the right? The ruling left is not meeting its campaign promises. France is in an economic slump, and the proposed formulas do not change things. Mitterrand's program does not work. The left is forced to take the turn of austerity, like everywhere else.

Various scandals broke out under Mitterrand's mandate: the casting of the Rainbow Warrior approved by the Elysee, the wiretapping of journalists to hide the existence of his illegitimate daughter, cases which tarnished the President's image.

And the electorate does not seem to be mistaken.

The left lost to the right in the 1986 elections. Mitterrand remained in place, but had to live with a right-wing government led by a certain Jacques Chirac.

This is a first in France.

This cohabitation is in reality blessed bread for Mitterrand, who manages to place himself above the fray.

He becomes the sole protector of left-wing values, the “uncle”, against a right-wing government.

And once again, in 1988, he easily won the presidential election against Chirac.

Mitterrand's influence is still very present today. It is to him that we owe, for example, the creation of free radio stations, and a reorganization of the audiovisual sector. It will dramatically transform the world of music. The big official radios leave space for new radios, and we start to hear on the airwaves of other artists, on the FM band…

, co-author of the documentary "The true story of the stars of the 80s" -

The walk of the world

France: tribute to ex-president Mitterrand, who died 25 years ago