The New York Post wonders: Would Osama bin Laden have been killed if he had bought his wife a "clothes dryer"?!

The American newspaper "New York Post" has seen a copy of the book "The Rise and Fall of Osama bin Laden", which is expected to be released tomorrow, Tuesday, whose author, Peter Bergen, revealed exciting details related to the killing of the former leader of Al-Qaeda. In the aftermath of the September 11 attacks 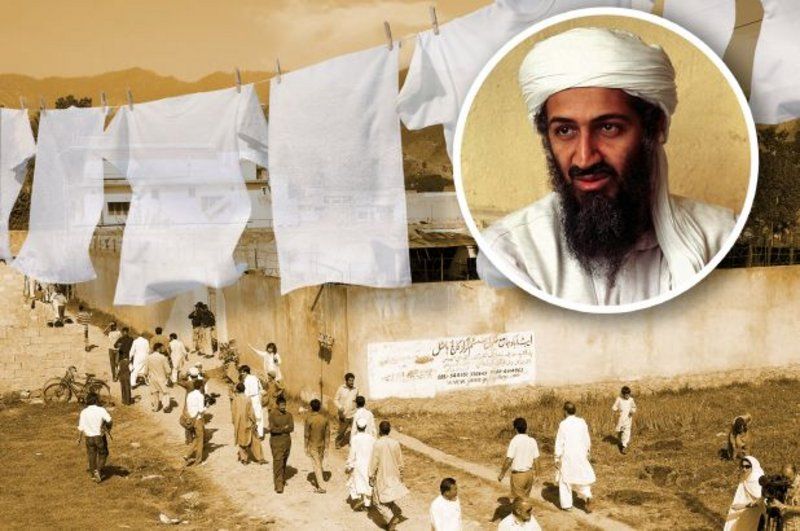 The New York Post wonders: Would Osama bin Laden have been killed if he had bought his wife a "clothes dryer"?!

The New York Post has seen a copy of the book "The Rise and Fall of Osama bin Laden", which is expected to be released tomorrow, Tuesday, and whose author, Peter Bergen, revealed exciting details related to the killing of the former leader of Al-Qaeda.

According to the book, the bin Laden family was scattered after the September 11 attacks on the United States, and when the al-Qaeda leader felt that he was no longer highly hunted, he ordered his bodyguard, Ibrahim Abdul Hamid, to build a house big enough for his family, in the Pakistani city of Abbottabad.

The newspaper describes the house that bin Laden built as a "fortress" through which he sought to reunite his family, who moved there in 2005. Ibrahim, his brother and their families lived in the house with bin Laden, but they lived in an annex of the main building.

In 2010, the security services were able to track Ibrahim in his white car, until he reached the "Fortress", to begin the process of monitoring and collecting evidence.

The house was fortified with fences about 5.5 meters high, covered with barbed wire.

Bin Laden's three wives, eight of his children, and four grandchildren lived with the leader of the organization in his house, and none of them left the house except in a few cases.

During the observation of the CIA agents of bin Laden's house, they noticed strange circumstances that caught their attention, related to the design of the house and the services connected to it.

The CIA agents noticed that there was no telephone line connected to the house, not even an Internet subscription, even though it looked like the house of a wealthy person.

It also caught the attention of intelligence agents that the house contained a few windows, and the upper balcony was surrounded by high walls on all sides, which later turned out to be bin Laden's personal balcony.

While the neighbors were throwing garbage in the garbage, the residents of this "fort" used to burn their waste, in a behavior that was suspicious.

According to the book, the final evidence that reinforced the suspicions of intelligence agents lay in the "clothes lines", which carried clothes fluttering in the air, and were, according to the newspaper, "significantly more than what 11 members of the family of the bodyguards might wear."

According to estimates made by CIA agents based on the contents of the clotheslines, there was an adult man, several adult women, and at least nine children, in keeping with bin Laden's lifestyle, and thus former US President Barack Obama ordered the launch of the operation that would cost Osama Bin Laden his life, and was killed at the age of 54 years.

The publication of the book comes as the 20th anniversary of the September 11 attacks, in which bin Laden targeted the United States, in 2011, which led to the deaths of at least 2,977 people, approaches.

In the words of the newspaper, bin Laden's fate would have been different "if he thought of giving his wives a clothes dryer."