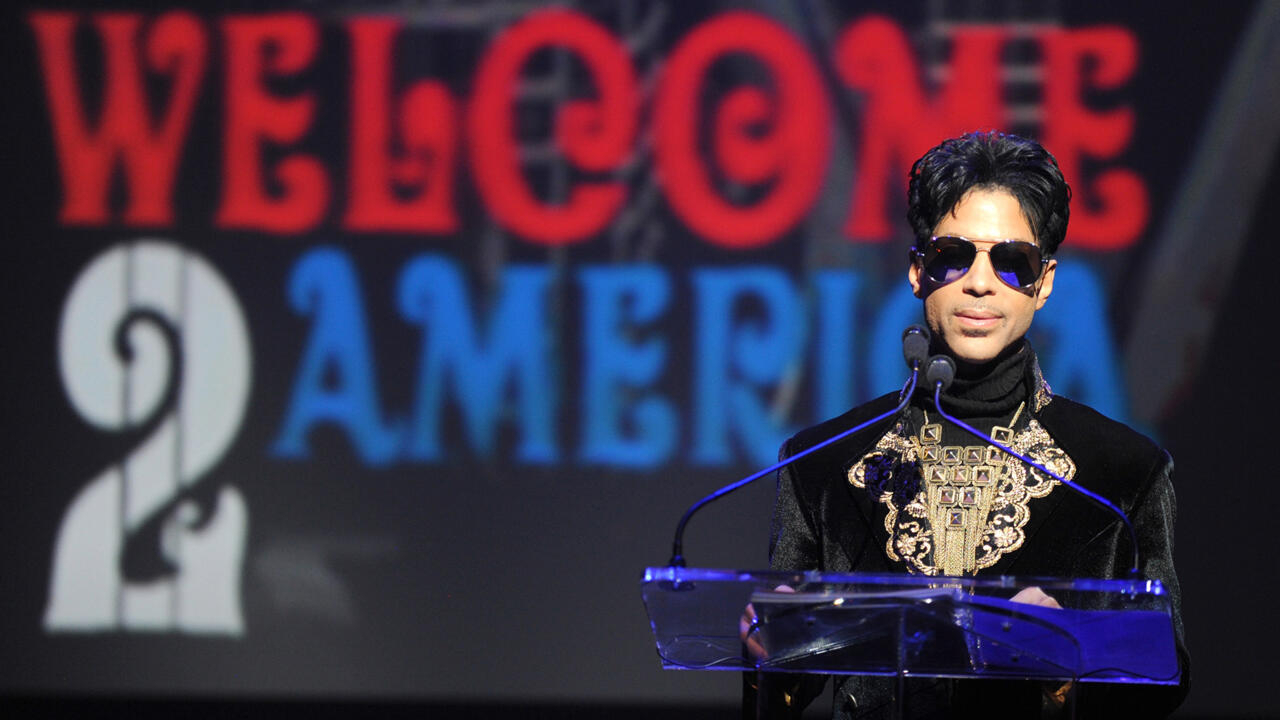 Prince announces his "Welcome 2 America" ​​tour at the Apollo Theater on October 14, 2010, in New York City.

Pianist, composer, arranger, producer, and eminent member of a legendary band, "NPG", (New Power Generation), Morris Hayes recently supervised the editing of a historic album by Rogers Nelson Prince, who passed away in April 2016. The record was called

but remained in the archives for almost 10 years.

Today, thanks to a rehabilitation of the works of the late and brilliant guitarist, this epic production is finally available.

Morris Hayes tells us, from Los Angeles, the genesis of this exciting recording.

In 2010, Prince released the album

What we didn't know at the time was that another album was about to be released, called

, supposed to accompany the tour of the same name. However, Rogers Nelson Prince will prefer to postpone its publication to devote itself to other projects. Thus, for 11 years, an unpublished record slept in the safes of Paisley Park in Minneapolis, the lair of the brilliant Prince. In recent months, the heirs and beneficiaries of the deceased have undertaken a patrimonial work by reissuing several albums augmented by unknown studio sessions that the original author had certainly set aside to refine them before delivering them to his many admirers throughout the world. planet. Never mind, in a surge of generosity, perhaps also dictated by commercial considerations, several sound archives resurface with more or less legitimacy. This is not the case with

This album, initiated in 2010, was not a draft but a thoughtful, completed project, and entirely conceived by Prince.

Prince's pianist, Morris Hayes, joined his hero and mentor's group in 1992. Very early on, he perceived the almost visionary acuteness of the maestro and a particularly keen sense of observation and analysis.

was envisioned by Prince in 2009, Barack Obama had just been elected President of the United States.

Some songs then seem to refer to it.

“Prince urged the public not to be fooled even though we had just elected the first black president in our history. Prince looked into the future. In his eyes, it is not because Barack Obama entered the White House that all his positions had to be validated. Prince believed that this election would not change much and that there would always be difficulties for the less fortunate. Of course, he welcomed this step forward, but wondered about the years to come and in particular the fate of black Americans. I therefore consider that "Welcome 2 America" ​​is an album which warns American society against its abuses. Prince was determined to describe a probable future if major political decisions were not made. He wanted to alert on the state of the world.He was so right ”.

Prince on stage during his "Welcome 2 America" ​​tour at Madison Square Garden on February 7, 2011, in New York City.

In this album, Prince expresses his convictions, shares his doubts and questions, exposes his musical tastes. He doesn't hesitate to say that one of the most important forms of expression that the United States has been able to export internationally is called jazz. Obviously, Prince fans will not be able to avoid the pitfall of comparing the old productions of their idol to this post-mortem album that the interested party might have hesitated to publish. If this record was so relevant when it was designed in 2010, it is indeed surprising today that Prince kept it in the closet for so long. Had he forgotten it? Did he find it imperfect? If we can imagine a very well orchestrated marketing operation behind this release, this disc remains however very exciting.

“I think we can consider it a major album because it perfectly matches what we are experiencing in the world today.

We can clearly see Prince's impatience, his expectations, his hopes, his desire for unity, he really calls for a change in behavior.

This album is the mirror of America.

He invites us to look ourselves in the face and recognize that we have challenges in the United States.

If we are unable to do our self-examination, we are going to face big problems, that's what makes the power and the relevance of this album ”.