(Fighting against new crown pneumonia) Henan has increased its prevention and control measures to respond to "post-disaster epidemic prevention + new crown epidemic prevention"   China News Service, Zhengzhou, August 1st (Han Zhangyun, Kanli Li Chaoqing) With the increase in the number of people infected with the new crown virus, the central province of Henan is facing the dual pressure of post-d 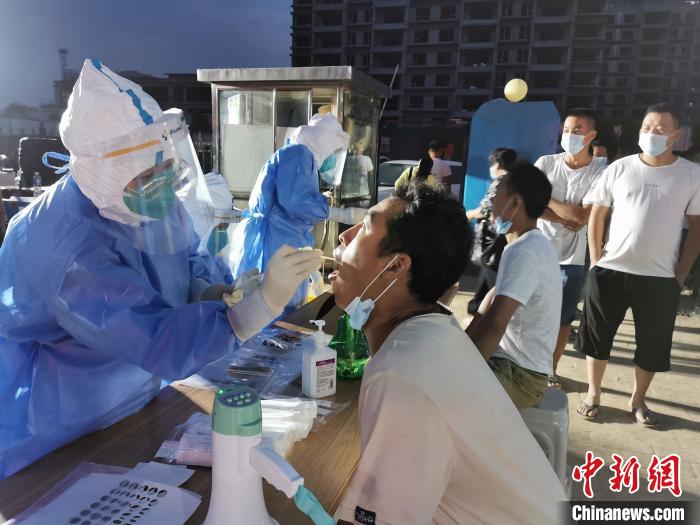 On the afternoon of August 1, Henan Province held a press conference on epidemic prevention and control. Zhang Ruoshi, deputy director of the Provincial Health and Health Commission, notified at the meeting that 12 new cases of new coronary pneumonia were newly confirmed in Henan Province from 0:00 to 24:00 on July 31. ; 20 new cases of local asymptomatic infections were added.

From 0:00 to 15:00 on August 1, 1 newly confirmed local case and 2 new local asymptomatic infections were added.

According to Zhang Ruoshi, Henan has deployed 5,400 medical staff to support Zhengzhou's national nucleic acid testing. At the same time, according to the requirements of “concentrating patients, experts, resources, and treatment”, confirmed cases and asymptomatic infections were sent to designated provincial hospitals for treatment. Rescue or quarantine for medical observation.

Henan also requires pharmacies to suspend the sale of anti-fever drugs to ensure that fever patients are concentrated in medical institutions; village clinics and individual clinics are not allowed to receive fever patients, strictly implement the pre-examination and triage, and the first diagnosis responsibility system, and give full play to the "sentinel points" of fever clinics. .

Each county (city, district) is required to prepare no less than 300 centralized isolation rooms to ensure a single bathroom with a single room.

Zhang Ruoshi also said that Henan is making every effort to do a good job in post-disaster sanitation and epidemic prevention.

Vaccination is an important means to contain the new crown pneumonia epidemic.

Zhang Ruoshi said that Henan requires people in the disaster area and rescuers to give priority to vaccination.

According to official statistics, as of July 31, a total of 100,390,482 doses of vaccinations had been vaccinated in Henan province.

Starting on August 1, Henan has simultaneously promoted the vaccination of young people.