If delta is as contagious as chickenpox, do the rules against Covid change?

The delta variant is putting a new spin on the fight against SARS-CoV-2. This week, the US surprised us with the return to the use of masks, a decision that now ... 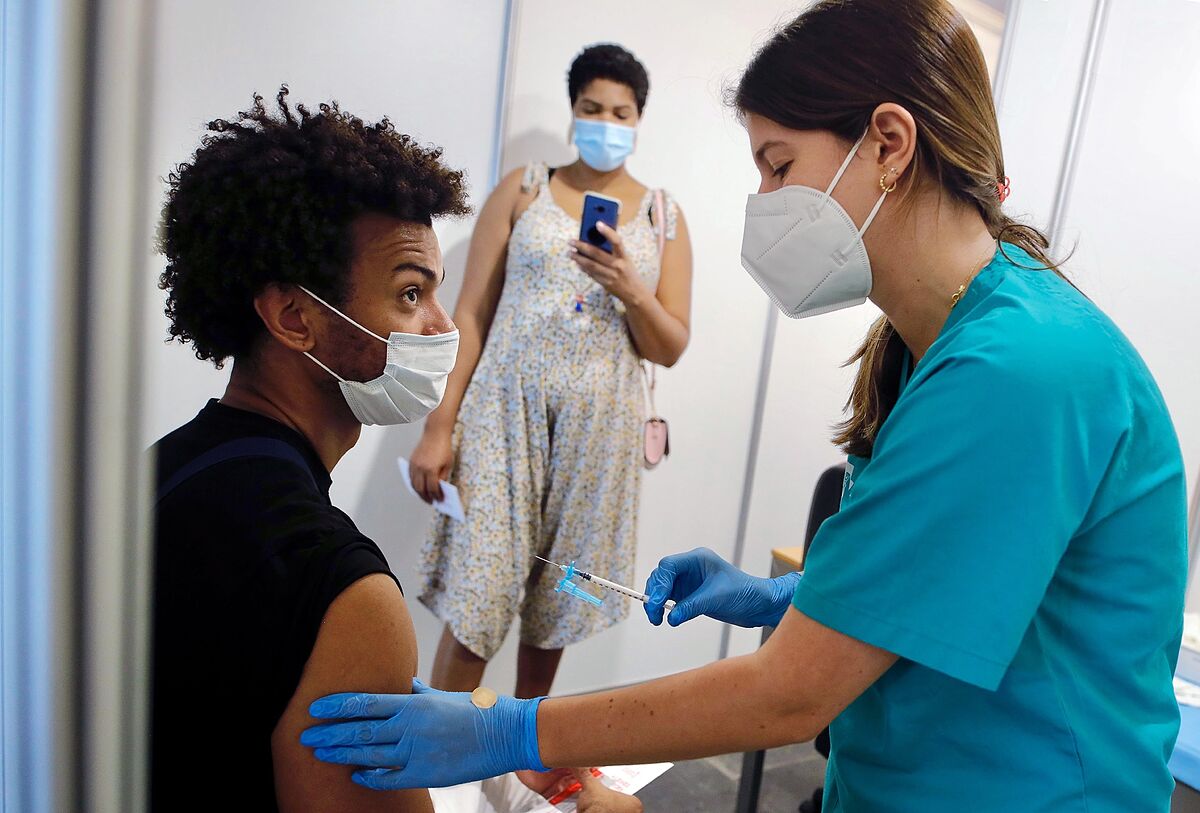 The delta variant is putting a new spin on the fight against SARS-CoV-2. This week, the US surprised us with the return to the use of masks, a decision that now seems more than justified according to the new data revealed by 'The New York Times' and 'The Washington Post': the Indian strain is transmitted so much Like chickenpox, it carries a higher risk of serious disease, and even vaccinated people can infect just as well as unvaccinated people. How would these three statements change the rules of the game? Would it be a radical change?

The leaked report of the Centers for Disease Control and Prevention (CDC, for its acronym in English), the reference agency for infectious diseases in the United States puts on the table a new panorama that, to begin with, would imply the

"redefinition of the situation "

, points the Valladolid immunologist Alfredo Corell. "We are in a very different phase of the disease, we must change the parameters. If we have the same attitude as with the Wugan or alpha variant, we are not doing well. We have to continue vaccinating and at the same time,

"Following the experience of the US or Germany," take the example of the new recommendation for the use of masks from the CDC, redefine the concept of close contact (more restrictive now), require to be vaccinated or perform an antigen test before entering certain places ".

This document ensures that

the delta strain is more contagious than the viruses that cause MERS, SARS, Ebola

, the common cold, seasonal flu and smallpox. In fact, it is just as transmissible as chickenpox. There is a

, which refers to the number of infections that an infected person is capable of generating. It is known that the OR of chickenpox ranges between 10 and 12. That is, "if the transmission rate of the conventional strain is two to three, that of delta is between three and four times higher," says Jordi Reina, an expert virologist at the Son Espases University Hospital in Palma (Balearic Islands).

What would this mean?

Taking into account that "the RO number is taken into account when calculating the group immunity necessary to control transmission", now, instead of the 70% coverage required for herd immunity, "it would have to be at least the 90% ".

It would change the perspective.

As the White House medical adviser, Anthony Fauci, argued before the US media, "this is not the original virus we were dealing with. This has different capacities that are much more efficient in transmission from person to person."

Delta is up to 60% more transmissible than the alpha variant, "which means a greater ability to spread the infection even in vaccinated people," says virologist Raúl Ortiz de Lejarazu.

If to this is added that, apparently,

, the conclusion is clear: the vaccinated can infect as much as the unvaccinated. Hence, the CDC recommended earlier this week that the immunized population use the mask both indoors and in public spaces.

Along these lines, Corell recalls, "the majority of immunized people (vaccinated or who have overcome the infection) are asymptomatic". However, "the immunized have never had a private license, they can become infected and infect it", although "it would be interesting to confirm that the vaccinated and the unvaccinated really have the same viral load in case of infection". Along the same lines, Fauci explains that infections by those immunized are "a very unusual and rare event, although it does occur" and on the other hand, he assures that "they are infected much less and the chances of transmitting the virus are very low" .

how effective is the vaccine against the Indian strain?

Figures from the CDC indicate that vaccines are highly effective in preventing serious illnesses, hospitalizations, and deaths in vaccinated people. Specifically, the document maintains that injectables reduce the risk of serious illness or death 10 times and reduce the risk of infection three times. The latest British data speak of a protection (with 2 doses) against the delta variant of 65% to 90%.

However, they do not eliminate the contagion capacity and hence the recommended prevention measures must be maintained. In the cases of delta, even more so, since it has been seen that its presence in the respiratory tract is 10 times higher than in people infected with the Alpha variant and according to the study 'Infection and viral transmission in a large outbreak And well tracked caused by the delta variant of SARS-CoV-2 ',

the Indian strain multiplies the viral load 1,000 times in those infected

, compared to the original strain of Covid-19.

As Lejarazu assures, "the strategy of a vaccine that does not prevent the spread of the virus is to have a level of antibodies among the population that is high enough to reduce infections from infected persons. Although it is not a vaccine that totally prevents infections, Yes, it does reduce them substantially and the fact of having less susceptible people

. The strategy then to maintain sufficient immunity in the population that protects the most vulnerable from rebound is to maintain revaccination programs. periodically and that is what is being studied now, how long are we talking about ".

On the other hand, the CDC report also points out that delta

He states this based on studies conducted in Canada, Scotland and Singapore, in which it was associated with more hospitalizations and more need for oxygen.

That is, the vaccines protect, although it seems that with Delta, you are more likely to develop severe disease than with other strains.

In this sense, "we are not seeing that patients with delta have worse symptoms than those of other variants," says Corell.

What has been observed is that most of the cases of admission correspond to non-immunized people.

In order to solve this problem, Pfizer has proposed a

to increase antibodies and the ability to block delta.

At this point, it should be noted that "there are no clinical trials that support this thesis," clarifies the Reina.

Perhaps the most sensible thing to do is "first advance to the maximum in the vaccination coverage with the two doses and achieve the immunity of 80% -90% of the population".

In fact, Israel has already authorized the third dose of the vaccine to those over 60 years of age, thus becoming the first country to provide booster vaccination in the world, although "there is no scientific data that supports the third dose," he clarifies. Corell.

However, it is not ruled out that an updated dose with the predominant genetic variant will be considered later.

It would be part of the new approach of the delta variant.

Covid-19 A generation exposed to the Swedish model: half a million young people will be infected before receiving the vaccine

Coronavirus When will I get vaccinated?

And with what vaccine?