This Wednesday we woke up to the news that a 40-year-old pregnant woman had died of coronavirus at the Virgen de la Arrixaca University Hospital, in ... 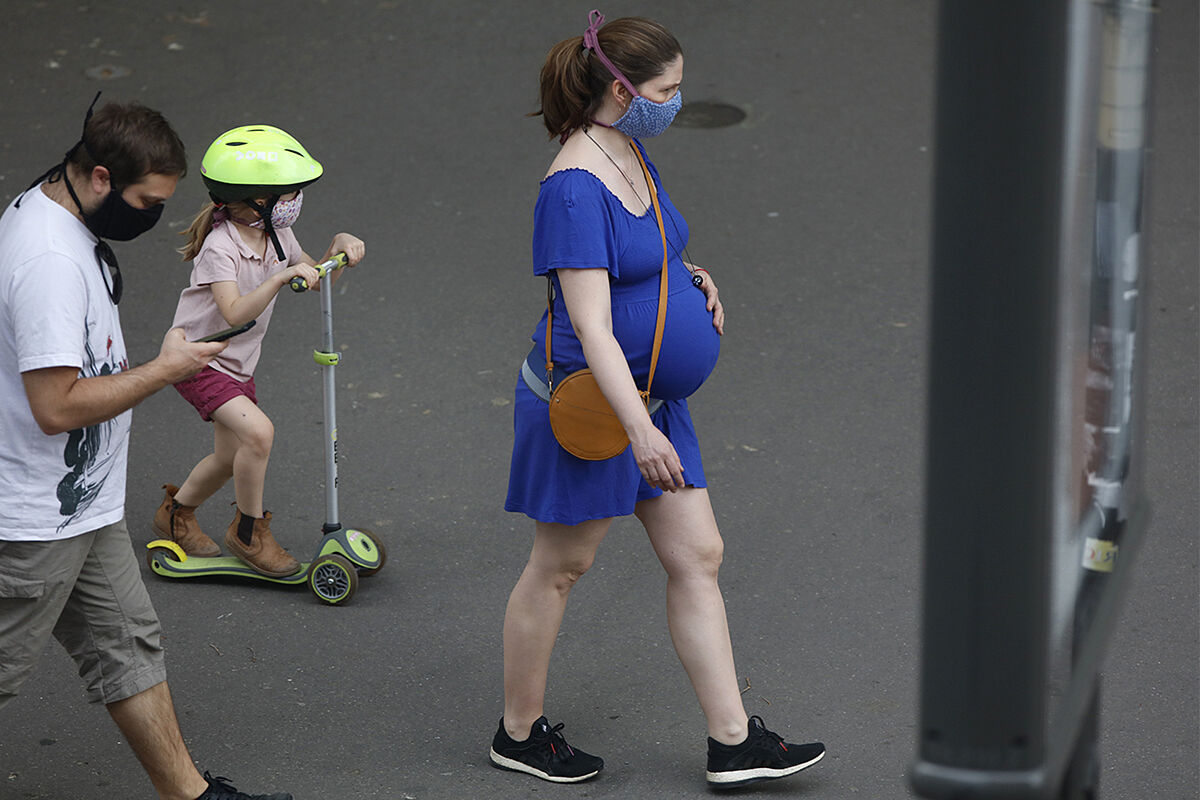 This Wednesday we woke up to the news that

a 40-year-old pregnant woman had died of coronavirus

And this has not been the only death of an infected pregnant woman in the last month, as at least two more have lost their lives in Barcelona and Malaga.

However, death is not the only serious consequence to which pregnant women who contract the virus are exposed.

increases the chances of

developing the most serious form of the disease,

the virus harms the main organ of the pathology of pregnancy, the placenta.

"It is a vascular organ and Covid affects circulation. We have had cases of asymptomatic pregnant women whose babies have died before birth, and when studying their placentas we have seen that they were infiltrated by coronavirus," says Juan Luis Delgado, president of Perinatal Medicine of the Spanish Society of Gynecology and Obstetrics (SEGO).

40 admissions only in the Vall d'Hebron

The current concern is maximum. With the fifth wave of coronavirus, the number of cases among young people has skyrocketed, causing many pregnant women to become infected and

a large number to end up in Intensive Care (ICU).

In this sense, both the Junta de

and the Generalitat de

have already made a

call for pregnant women to go to be vaccinated

(and it is that, only in the Vall d'Hebron hospital in Barcelona, ​​are 40 pregnant women hospitalized for Covid).

During the first months of the pandemic, prudence had reigned in the health community, and pregnant women were excluded from vaccination strategies due to lack of scientific certainty, both in terms of safety and efficacy.

did not include them until last May, when it

began to recommend that they receive mRNA vaccines when appropriate

according to their population group, and without specifying the most suitable moment of gestational age due to lack of scientific evidence.

(Pfizer and Moderna), which are those that have been analyzed so far in the collective,

are safe and effective for pregnant women," they

say from the CGE.

Safe Mechanism and Antibodies in the Baby

Along these lines, Juan Luis Delgado comments that

women continue to be afraid,

sometimes fueled by a certain misinformation within the same healthcare community, in turn fostered by the absence of a firm stance from the Ministry of Health and agreed with scientific societies.

"We are clear that the mechanism of action of the vaccine is innocuous for the pregnant woman, because

genetic material is not introduced to manipulate the DNA of the mother or the child," he

What the vaccine does do is that

both the mother and the baby produce antibodies,

although it is still unknown how long they will remain in the blood of newborns.

"Since the beginning of the pandemic we have seen how women who contracted Covid in the first and second trimesters of pregnancy produced antibodies that passed to the fetus through the placenta. When the baby was born, it did so with antibodies, which lasted an average of three months. With the vaccination, the same will surely happen, "says Delgado.

For infants, the recommendation is the same,

since it is believed that, through breast milk, the immunity acquired by the mother is transmitted to the baby.

Basque Country78,300 young people make their appointment to be vaccinated after hours of waiting with the Osakidetza website collapsed

Coronavirus: The Differences Between Pfizer, Moderna, AstraZeneca and Janssen Vaccines