The August Prize-winning author and journalist Magnus Västerbro often writes about historical disasters: plague, famine and war. And that is the life of ordinary people he is interested in. In the new book, The Time of the Tyrant, he depicts Sweden under the infamous warrior king Charles XII in the early 18th century. 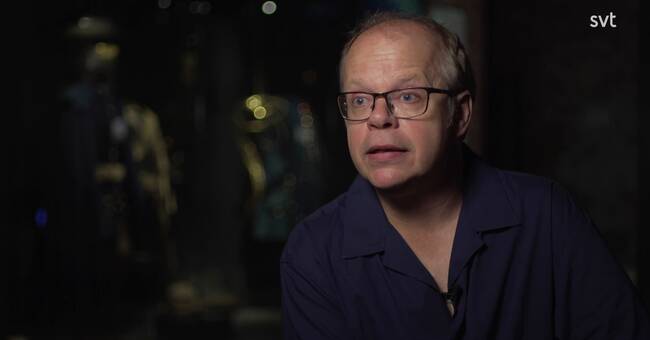 The time of the tyrant is about the years between 1700 and 1721. It was the end of the great power era and Charles XII ruled in Sweden.

A time of war, poverty and plague.

- It is a book about the people who lived in the shadow of Charles XII.

The tyrant as I call him kept his people in an iron grip and forced them to fight year after year even though they wanted peace, says Magnus Västerbro.

Many books have been written about the mythical warrior king Charles XII who died in Norway in 1718. Magnus Västerbro focuses instead on ordinary people, whose stories he has gained access to through historical documents and research.

The stories are often marked by great suffering.

One person in the book is Elin Jonsdotter who was the wife of a soldier.

They lived in southern Sweden and had children together.

When the war broke out and she found out that he was going to be sent to war, she became so desperate that she went out to the summer pasture and hung herself.

- Such stories recur in the material from this time.

They give a picture of the military power of that time and the great Nordic war that is not usually told, says Magnus Västerbro.

Magnus Västerbro often writes about historical events that frighten him, with the conviction that history repeats itself.

The time of the plague has gained renewed relevance with the corona pandemic.

The time of the tyrant tells of when Sweden was a dictatorship in the 18th century but is still relevant today, he says.

- These are living issues I try to process.

When you tell about Sweden as a dictatorship in the 18th century, you also see something timeless in history.

It existed in antiquity and today there are countries that are governed in an unfree way.

You understand how similarly we humans can react when certain phenomena are repeated again, says Magnus Västerbro.