Aborsha is unable to manage 53,000 dirhams in arrears of university fees for his daughter, who is studying in the last year at Abu Dhabi University, majoring in chemical engineering. 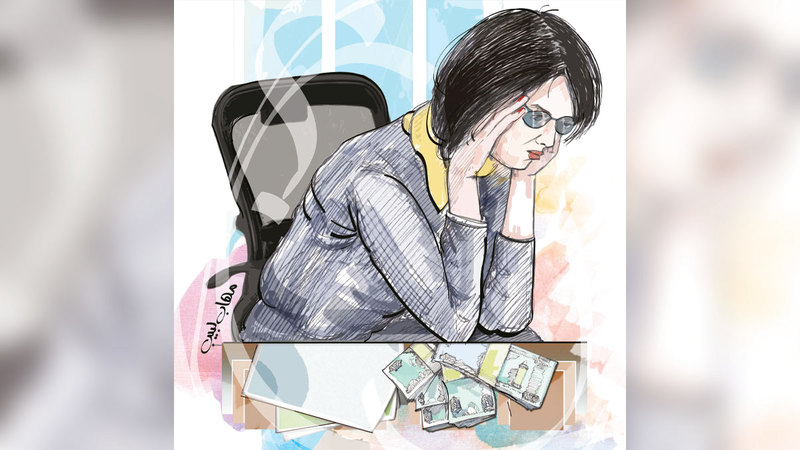 She is studying chemical engineering in her last year

Aborsha is unable to manage 53,000 dirhams in arrears of university fees for his daughter, who is studying in the last year at Abu Dhabi University, majoring in chemical engineering.

The father of the student, "Rasha" told "Emirates Today" that he has worked in the country since 1992 in the government and private sectors, and during the years of his work he was able to achieve a stable life for his family members by providing all their material and moral needs such as housing, food and education, and he did not complain of any financial problems.

He pointed out that his daughter was able to excel in all her educational stages, as she obtained in the general secondary stage from the scientific section an average of 97.9%, after qualifying her to excel to enroll in the academic seats at the College of Chemical Engineering at Abu Dhabi University in Al Ain, and passed her first three years of university studies with distinction. and distinguished.

He added, "But I stumbled in paying university fees, and I became unable to pay even a small part of the amount, and the university administration is demanding payment of the accumulated installments of my daughter, which amounted to 53 thousand dirhams, so that she can complete the last year of her university studies, and achieve her dream." .

And he continued, "My daughter felt great sadness, as she is one of the outstanding students in her studies, and her excellence and diligence did not qualify her to continue her university career in the last academic year, due to circumstances that are not responsible for her, and that are beyond my control."

He added, "I tried to knock on many doors of charities in the country to help him pay the university fees for my daughter, but all my attempts failed, and my financial circumstances are difficult, and the family of four has no stable source of income, and lives on some aid from family and friends, and circumstances forced us to leave Our house and housing with my eldest son, Mohammed, who works in the private sector, with a monthly salary of 2,500 dirhams.”

• The "Aborsha" family does not have a stable source of income, and it left its home and lives on aid.