China News Service, July 25 (Reporter Li Shuzheng) Shanghai officials issued an emergency notice at 21 o'clock on the 25th: reducing travel and ensuring personal safety during the period when the typhoon "fireworks" severely affected the city.   This year's No. 6 typhoon "Fireworks" made landfall on the coast of Putuo, Zhoushan, Zhejiang at 12:30 on the 25th. According to the forecast of the Me 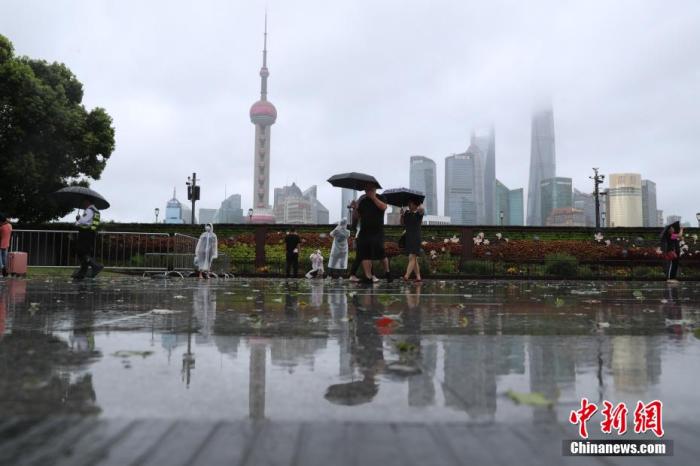 This year's No. 6 typhoon "Fireworks" made landfall on the coast of Putuo, Zhoushan, Zhejiang at 12:30 on the 25th.

According to the forecast of the Meteorological Department, the typhoon "Fireworks" will make landfall again from midnight on the 25th to the morning of the 26th, which will bring severe wind and rain effects to Shanghai.

Although the name of the typhoon "Fireworks" is beautiful, it is full of power.

The "fireworks" brought by the wind and rain made the city of Shanghai gusty and rainstorms.

Data map: The Bund in Shanghai before the typhoon made landfall.

Up to now, Shanghai Pudong and Hongqiao Airports have cancelled all passenger inbound and outbound flights on the 25th; after 19:00 on the 25th, all high-speed trains from all directions to Shanghai railway stations have been suspended.

The Chongming Three-island route and the city’s ferries have all been suspended; the Donghai Bridge and the Yangtze River Bridge have implemented bridge closure measures.

At 13:30 on the 25th, the ground line overhead line of rail transit took measures to stop operation; all expressways in the city adopted different speed limit measures according to the impact of weather on the road.

The emergency notice issued by the Shanghai official stated that before the termination of the Shanghai typhoon orange warning and the second-level emergency response to flood prevention and prevention, the following temporary measures should be taken: all kinds of group outdoor activities shall be stopped; all parks, tourist attractions, and amusement parks shall be closed. Garden; all kinds of summer nursery classes, training courses, etc. will be suspended, and the study and living arrangements of students who come to school without knowing it will be made; water tours of the Huangpu River, Suzhou River and other water tours will be stopped; the travel schedules in the plans of relevant units will be all Make adjustments; all types of outdoor construction sites will be suspended; all types of vessels (except for emergency official duties) will stop leaving the port, and those that are already outside must reach the designated area for shelter as soon as possible.

At the same time, the notice also requires that Shanghai airports, aviation, railways, ports, long-distance passenger transport, passenger ships, ferries, subways, etc., in accordance with the requirements of emergency plans, promptly improve the suspension or adjustment plans of flights, routes, and trains, and promptly announce to the public .

Shanghai officials also called on the general public to make reasonable adjustments to travel arrangements during the suspension of part of the elevated and ground lines of rail transit in order to ensure travel safety.

The notice also requires that all enterprises and institutions in Shanghai should fully consider travel difficulties caused by inclement weather and traffic, and make reasonable and appropriate arrangements for employees' commuting issues. The relevant departments of the municipal government will release information on the resumption of line operations as soon as possible.

"I have received a notice from the company and will work from home tomorrow." Many people in Shanghai said on social platforms.

The Shanghai Meteorological Department said that the impact of precipitation is expected to continue until the 27th. Shanghai officials require all districts, departments, and relevant units to take effective measures to ensure personal safety and the normal operation of the city. (Finish)