"He who does not sow dabbas does not take people's daughters"

“He who does not grow dabbas, does not take people’s daughters.” A popular proverb known among the people of the Al Dhafra region indicates the importance of the palm tree for the residents of the UAE.. Dabbas is a type of wet that began to spread from the Liwa Oasis to the rest of the country and is characterized by medium-sized yellow fruits. content 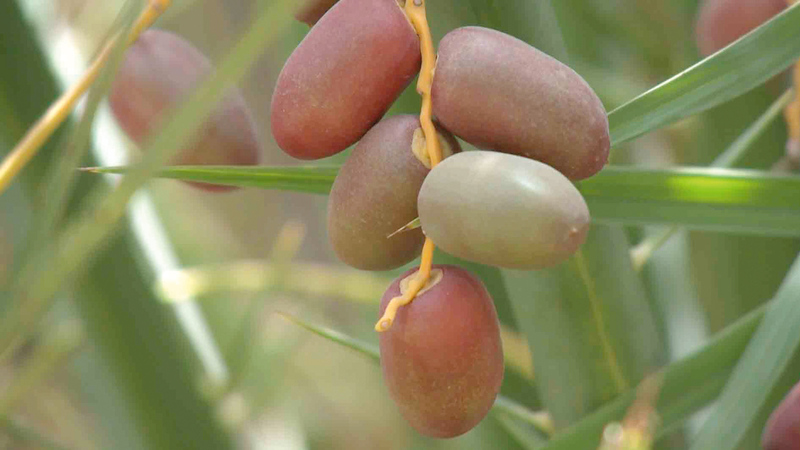 "He who does not sow dabbas does not take people's daughters"

“He who does not grow dabbas, does not take people’s daughters.” A popular proverb known among the people of the Al Dhafra region indicates the importance of the palm tree for the residents of the UAE.. Dabbas is a type of wet that began to spread from the Liwa Oasis to the rest of the country and is characterized by medium-sized yellow fruits. It has low sugar content, delicious taste and is suitable for diet, and it is considered one of the most desirable varieties for foreign markets.

The blessed palm is one of the oldest trees known to man for thousands of years, glorified by the heavenly books, and worthy of its lofty position, which was mentioned in the Torah and the Bible, and mentioned in the Holy Qur’an in twenty-three places, including the saying of Almighty God: Numerous honorable hadiths, including “A house in which the hungry people do not pass,” as the status and value of the palm tree was evident in many Arabic proverbs, including the Emirati colloquial.

With the advent of the hot season, which extends for four months, it is the only season in which the dish of dates is not absent, which is a symbol of generosity and the best representative of the heritage of the Emirates and its virtues exceed many other types of fruits, because the dates with Arabic coffee are a special indication of the hospitality of the guest and the meanings of welcome and respect. and appreciation.

The number of palm trees increased during the era of the late Sheikh Zayed bin Sultan Al Nahyan, may God rest his soul, until the UAE became today among the largest producers of dates in the world.

There are many varieties of dates at the level of the UAE, reaching 250 varieties, of which 135 are known, called Kharayef, and the rest are varieties called Al-Sayer. In naming the variety, including the color of the fruit, the outer shape, the date of maturity or where it is located, or it may be the person who discovers the variety.. Each of these dates has a taste and taste, and dates may be called according to their taste. The varieties with extra sweetness are called by names that indicate this, as in diabetes, and sweet Dates are classified according to the date of maturity of the fruit, including early, medium and late.

The Emirates dates are characterized by many types and varieties, including early ripening, such as Al-Negal and Al-Ghar, which is known as the advanced, followed by Al-Khashkar, then Al-Yardi. At the end of the summer season, the most important of them are Al-Fard, Al-Barhi, Al-Shahl and Al-Hilali. Its cultivation is spread in all the emirates of the country. Al-Dhafra region is famous for the Al-Dabbas variety and is considered the most widespread.

As for the Al-Ain region, it is famous for many varieties, including “Al Fard and Buman” and other types that exist in hot dry climates. The imposition is characterized by its regular cylindrical shape and has a red crust tinged with a dark yellow color. It is also rich in vitamins, minerals, calcium, iron, phosphorous and other important nutrients. This type is low in sugars, especially sucrose, does not contain fat and is free of cholesterol. Adding a small amount of it to the daily meal will help in losing weight, and it was said in the colloquial proverb, “The knee-splitting imposition.”

The Bumaan variety is one of the varieties that can be eaten as an alternative to snacks because of its natural sugar content such as glucose, sucrose and fructose, and it can relieve stomach disorders resulting from various causes, while other emirates are famous for other types and varieties, including Lulu, Al Hatmi and Jish Rabea Al-Khunaizi. Lulu with its unique luxurious characteristics, it is also distinguished by its dark brown color and round shape, and the demand for this type is very high because it comes in the middle of the harvest seasons, and the reason for this is also due to the balance of its sugar content in a large way, and these dates are served fresh to preserve the proteinase enzyme present in it. Which helps in maintaining physical fitness as it is one of the most sought after products for global markets.