The "Hala Shiha" crisis is escalating, and the "representative professions" respond to the "dark people"

More reactions are still being attracted by the "Hala Shiha crisis", which was raised by the Egyptian artist a few days ago, when she announced her disavowal from the movie "Mesh Anna", which she co-starred with with the artist Tamer Hosni, and then returned and launched a severe attack on Hosni and the artistic community in general. , advocate of the center 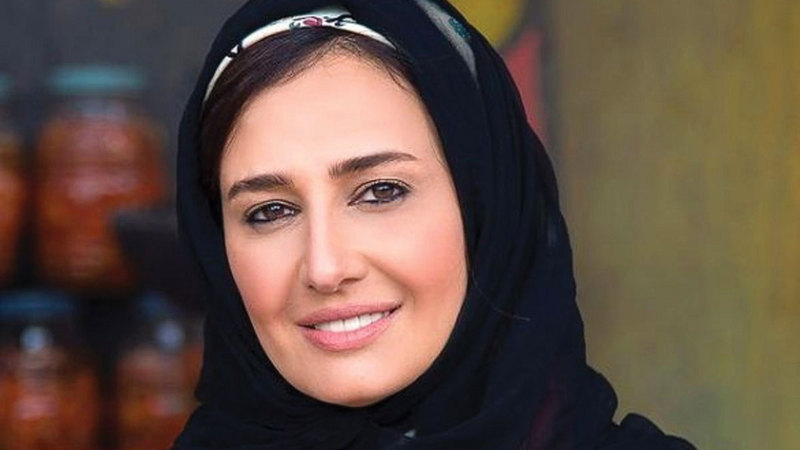 A doctor attributes her behavior to psychological problems

The "Hala Shiha" crisis is escalating, and the "representative professions" respond to the "dark people"

More reactions are still being attracted by the "Hala Shiha crisis", which was raised by the Egyptian artist a few days ago, when she announced her disavowal from the movie "Mesh Anna", which she co-starred with with the artist Tamer Hosni, and then returned and launched a severe attack on Hosni and the artistic community in general. , calling for the center to declare "repentance".

With the significant escalation of reactions that affected many artistic and cultural levels, the Representative Professions Syndicate in Egypt intervened to announce its position on the crisis. The Syndicate confirmed in its press statement, published on its official website: “The Representative Council of Directors announces its complete rejection of all attempts to take us back, by publishing The dark thought that Egyptian society has suffered for decades, whether through the public pages of electronic media or the private pages of those who retire from art under the cover of repentance, as if the talents that God granted to creators is a sin.

The statement stressed: "Full support for creativity and creators in all arts in general, and representational professions in particular. The exit of four from the circle of arts and their repeated return to it, expresses intellectual fluctuation and vision, and may be governed by personal interests, which are rare cases, and they only express themselves."

Preacher Moez Masoud, Hala Shiha's husband, confirmed her support and response to the severe attack that her statements were met with, whether from the pioneers of social networking sites, or from artists, so he published through his account on "Instagram", a lengthy post commenting on the artist's response, Tamer Hosni, to Hala Shiha, He said in some of them: "To my dear wife, Hala, I understand your annoyance as a result of the passage of a long time since filming the movie, because of (Corona), and that your life has changed as you said in the post with respect."

He added, "I can also understand your annoyance at focusing on these scenes and compiling them, despite the verbal promise to avoid this from the creators."

In response to the criticisms leveled by some of Shiha for having received a large wage, in exchange for participating in the film that she disavowed him, and other works of art, will this money be refunded or not?

Masoud said: "What is between you and our Lord regarding your wages for your previous work, you do not have to say it to anyone... and you don't mind any words that are said without knowledge.. People do not take into account many details."

He added, "I want to think of you, my love, that our journey is a journey in search of truth, goodness and beauty...a journey of pride in culture and identity...a strong model for rejecting extremism on both sides."

Many statements supporting and opposing Hala Shiha's position followed, and the researcher in the affairs of religions and sects at Al-Azhar Al-Sharif, preacher Abdullah Rushdi, known for his keenness to express his opinion on issues that top the "trend", indicated through his account on Twitter: "There is People who have the profession of alienating those who want to return to God.”

He also attacked those who criticized the artist's position and her statements about retiring from art and returning to the veil.

The plastic artist Ahmed Shiha, Hala's father, had announced in his statements, his rejection of his daughter's statements, indicating that she had willingly agreed to participate in the film, and she may not return after that, and disavow him in the way she did.

He also congratulated Tamer Hosny for the success of the film, stressing that he is a respected artist and deserves appreciation.

Al-Monitor Amr and Akef, in his press statements, supported what the artist Tamer Hosni said in his statement, about deleting scenes from the movie and the clip, explaining that more than 10 scenes were deleted from the movie by the artist Hala Shiha.

He said Shiha had significantly shortened the right to work.

Composer Mohamed Siraj, composer of the song "I Love You", whose presentation sparked controversy, commented on Shiha's position, through his account on "Instagram", saying: "Professor, Hala, how do you feel now and no one believes you, and of course you know why?

The most honorable of you would have disowned and repented of the film between you and our Lord, but it is clear that the quarrel between you and your husband was great.

Producer Muhammad Al-Adl attacked the statements and position of Hala Shiha in a series of publications on his Facebook account, expressing his pride in his affiliation with art and artists, stressing that she participated in acting freely, and added: "They say what I did is a sin, but, what I did is not a sin ... She is free herself... It is true that no one forced her to film what she rejects, but her freedom belongs to her.

And he continued, "But what she said was the sin, she accused us and accused her sister and her father of their religion, and her husband, who also produced, encourages artists to become famous."

As for the director, Muhammad Jamal Al-Adl, he said in a post on his personal Facebook page: "I wish you would just divorce me, and I would like to say I want to act again, Professor Hala."

The responses and statements were not limited to the artists. Psychiatrist Dr. Jamal Froiz, in his statements, analyzed Hala Shiha’s behavior, considering that she suffers from a psychological problem, has a severe mood change, a kind of internal psychological tension, and a conflict between the desire to work and refusal to work. .

He added: "Hala Shiha is an artist, and what she presents is the image of the artist, not the person himself, and if she objects to acting, she does not participate from the beginning and retires. As for participating in the work and then attacking it and retracting it, on the pretext that she is not satisfied with what came inside, this is an unnecessary duplication. And there is a difference between the human and artistic role, as she is represented in a series or song, just a dramatic scene and the matter is over, and it does not express her personality as a human being, but rather her artistic role only.”

• A large and continuous escalation of reactions on many levels, artistic and cultural, and in the communication sites.