From The Handmaid's Tale to The Crown: Emmy Award Nominees Announced

The nominees for the "Emmy Prime Time" in 2021 have become known. Among the leaders in terms of the number of possible awards are the projects "Mandalorian", "Crown", "Wanda / Vision" and "The Handmaid's Tale", each of which is declared in more than 20 categories. Among the artists, Elisabeth Moss, Michael Douglas, Jason Sudeikis, Helena Bonham Carter, Ewan McGregor, Kristen Wiig and others are nominated for the award. The solemn ceremony of awarding the laureates will be held on September 19, 2021. 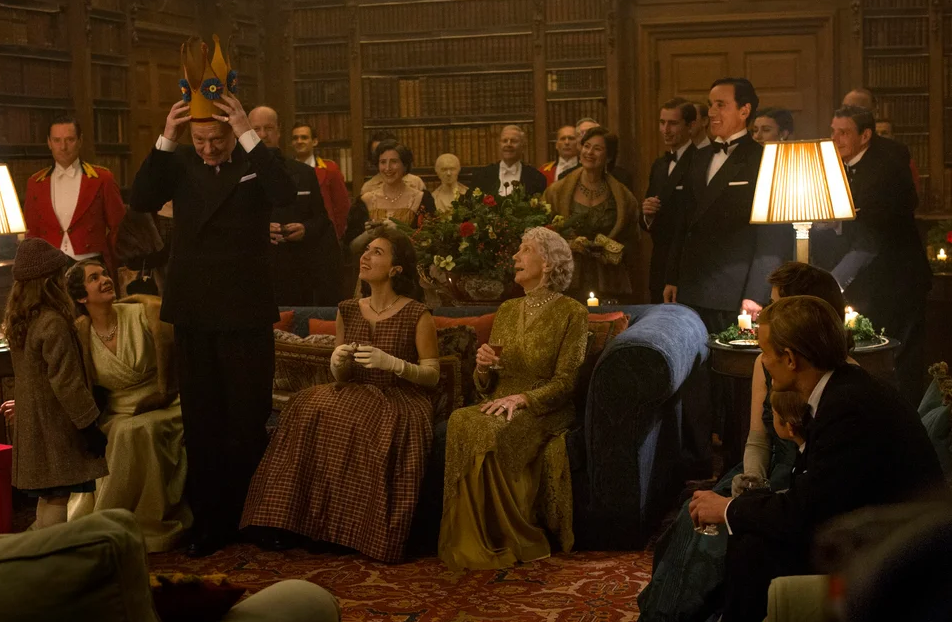 On Tuesday July 13th, the American Television Academy revealed the nominees for the 2021 Primetime Emmy Awards.

Most of the nominations were received by HBO and HBO Max streaming service: they are mentioned in the list of contenders for the awards of 130 prizes.

Netflix is ​​just one point behind them.

Among the individual projects, the leadership belongs to the series Crown and The Mandalorian (24 nominations each).

With the exception of the Wanda / Vision miniseries, all films are nominated in the main category, Best Drama Series.

They will compete with Bridgertons, Boys, Lovecraft Country, This Is Us and Pose.

Some of these projects are presented in the acting categories.

Also awards for roles in dramatic projects can be noted the work of Uzo Aduba ("Patients"), Matthew Reese ("Perry Mason"), Giancarlo Esposito ("The Mandalorian") and other artists.

Although acting Emmy nominations are still gender-segregated (as opposed to the Berlin Film Festival awards), in 2021, artists of their choice will be able to receive statuettes and certificates that include the neutral term “performer”.

Cobra Kai, Ted Lasso, Black Comedy, Flight Attendant, Kominsky Method, Tricks, 4len and Emily in Paris will compete for the title of the most outstanding comedy series of the year.

The latest project has been at the center of a scandal in connection with the nomination for the 2021 Golden Globe Awards.

Filmmakers, viewers and journalists were outraged that the picture, previously criticized for exploiting cultural stereotypes, received a nomination to bypass tapes about the problems of African Americans.

The series "Ted Lasso" set the record for the most nominations in the first year of the show among the comedy projects.

It is presented in 20 categories.

The miniseries category includes I Can Destroy You, Queen's Move, Wanda / Vision, Meir of Easttown, and Underground Railroad.

A number of famous actors may receive guest appearances on various shows.

Of the documentary series and programs with the leading ones, the scandalous interview of Oprah Winfrey with Meghan Markle and Prince Harry turned out to be among the nominees.

In it, representatives of the British royal family accused their entourage of lies, racism and psychological pressure.

Also among the documentary projects that came to the attention of academics - The New York Times tape Framing Britney Spears about the life of a famous pop singer, the HBO film "Tina" about Tina Turner and the mini-series "Allen vs. Farrow" about a scandal in the family famous filmmakers (also produced by HBO).

A special issue of the cult TV series of the 1990s and 2000s "Friends: Reunion" can also receive an award.

Although she played in the project from start to finish (for about ten years), her work went unnoticed by the organizers of the award.

Also, the artist was not nominated for this award for participating in other projects.

It will be hosted by actor Cedric Antonio Kiles, also known as Cedric the Entertainer.