Meeting in Venice this weekend, the finance ministers of the G20 countries, that is to say the 19 richest countries in the world and the European Union, said yes to an international taxation of multinationals ... 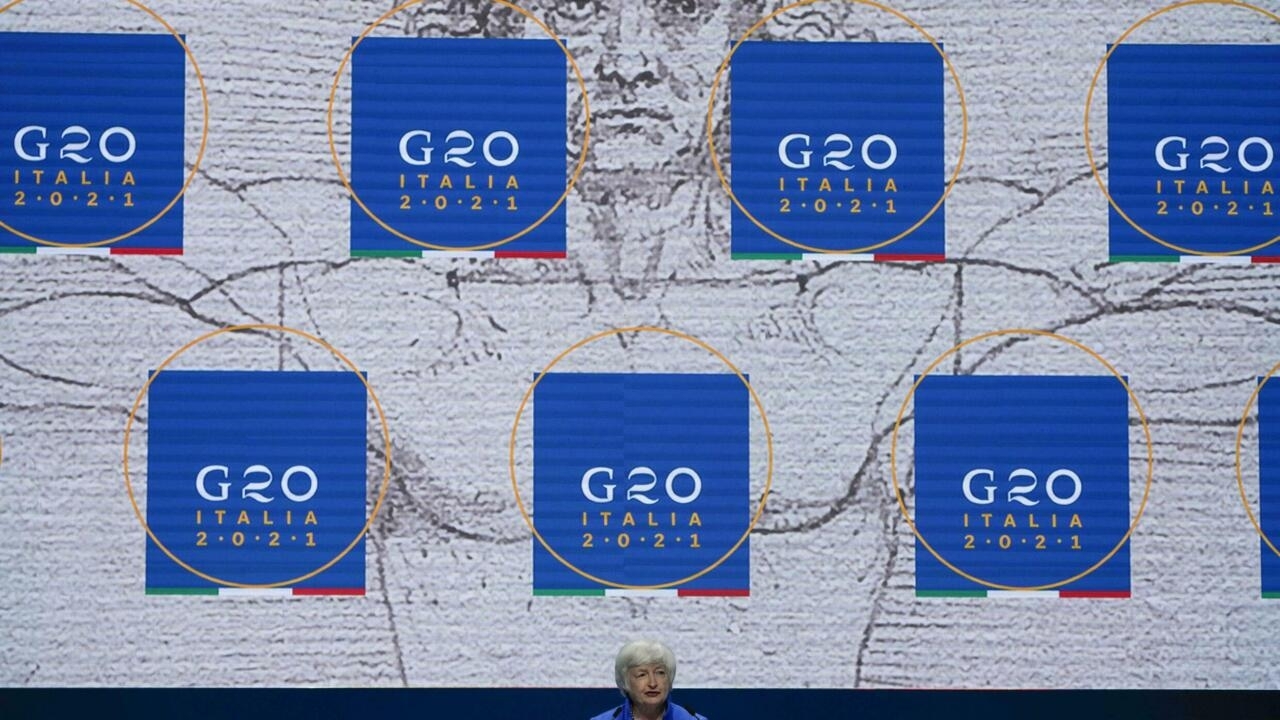 US Treasury Secretary Janet Yellen at a press conference during the G20 in Venice, Sunday July 11, 2021 © AP - Luca Bruno

Meeting in Venice this weekend, the finance ministers of the G20 countries, that is to say the 19 richest countries in the world and the European Union, said yes to an international taxation of multinationals.

G20 ministers also supported the initiative of the International Monetary Fund (IMF) to increase aid to the most vulnerable countries so that they can overcome the Covid-19 crisis.

To achieve this, the IMF will increase its reserves of "special drawing rights" to an amount equivalent to 650 billion dollars.

This is the largest increase in reserves since the institution has existed.

“Special Drawing Rights” (SDRs) are the currency that the fund can issue to member countries.

What to increase their reserves to face the storm.

As soon as the IMF's Board of Governors has approved it, the allocations will be paid by the end of August.

According to the quota system, the richest countries have the lion's share - around $ 430 billion - against 62 billion for the most fragile economies.

Last month, the G7 spoke of a target of $ 100 billion in SDRs to be given to the poorest countries

And this amount was not mentioned in the final press release of the G20 on Saturday.

It is recalled that according to the IMF, the financing needs of African States to respond to the crisis amount to at least 200 billion dollars over 5 years.

G20 ministers called on the IMF to work on a mechanism allowing richer states that wish to redeploy their SDRs, or even donate them to poor states in the coming months.

This must be done via a new fund dedicated to the recovery of vulnerable countries.

In their final communiqué, the G20 finance ministers hope for contributions that can achieve an ambitious goal.

No ambitious target in sight for immunization assistance in vulnerable countries

The finding is unanimous, however.

Developing countries will not be able to get by without mass vaccination.

However, inequality persists between, on the one hand, a developed world which has vaccinated 70% of its population, and vulnerable countries which vaccinate less than 5%.

And in the words of the G20 ministers themselves, it is the global economic recovery that is threatened by delays in vaccination.

Despite this, no concrete commitment was made in Venice in support of the global initiative for access to vaccines, Covax.

Discussions were postponed to the G20 meetings next October.

Overwhelmed by the weight of their debt, Zambia, Chad and Ethiopia have asked to benefit from the new G20 common debt treatment framework. Created at the end of 2020, this “

” makes it possible to make

” between debtor countries and creditors, whether they are States or international commercial creditors. The example of Chad was put forward by the G20 and Ethiopia was called upon to follow it. N'Djamena has obtained commitments from its bilateral G20 creditors, of which China is a member. It remains to convince other public and private creditors, including the mining giant Glencore. Many African states are still reluctant to take the plunge,for fear of having the doors of the markets closed.

Record revenues for the Suez Canal despite the blockage in March.

in its history, despite the six days of complete blockage in the spring.

But according to the director of the Canal Authority, the incentive trade policy, in particular the reduction of rights of way, has made traffic denser with 9,763 vessels just for the first six months of 2021.