[SBS Special] Silent War on the Table, Meat VS Vegetarian Part 3 - ① What is a new diet that threatens our table and health? In the SBS special broadcast on the 11th, the final episode of the Six Wars was released as a special feature of '2021 Summer'. 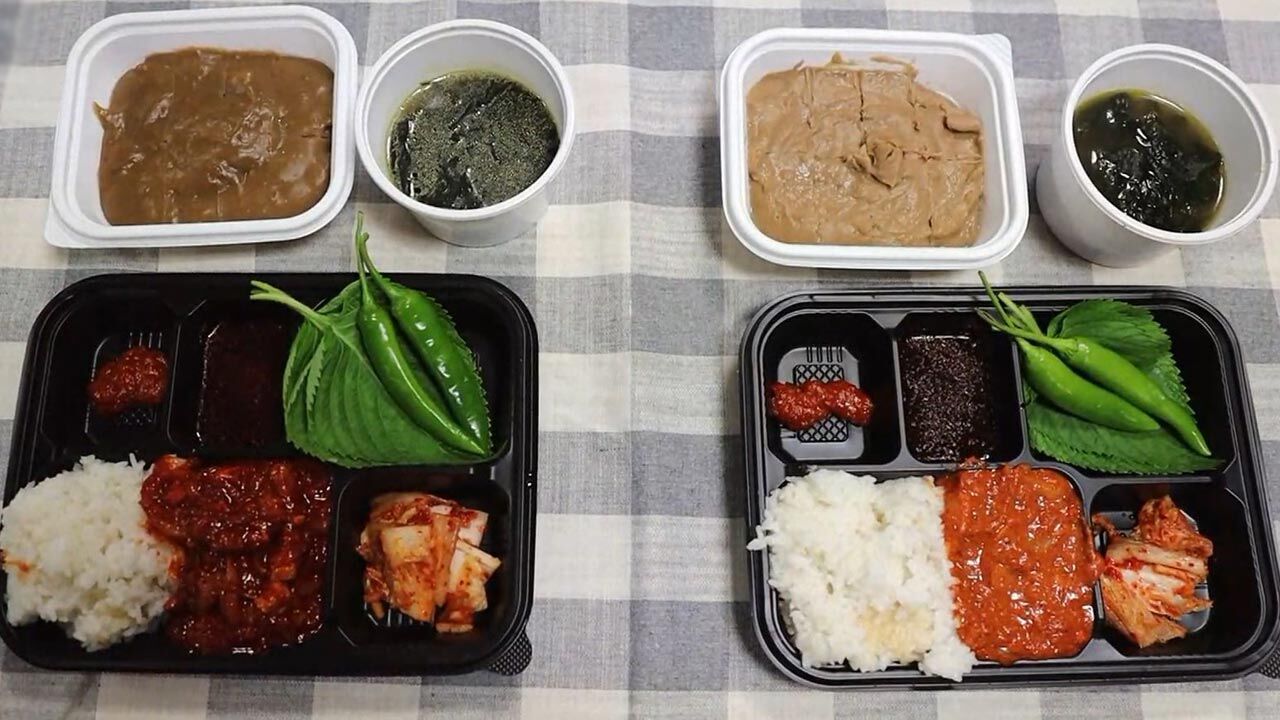 What is a new diet that threatens our table and health?

In the SBS special broadcast on the 11th, the final episode of the Six Wars was released as a special feature of '2021 Summer'.

Hyeon-deok, who lost 16 kilos in four years, said that he gained weight by eating processed foods in the past, and said that he succeeded in losing weight by changing his diet to Carney Bore. In particular, the Hyeon-deok family ate mainly meat, but focused on reducing toxicity when grains and vegetables were served. As a result, Mr. Hyeon-duk said that he lost weight, and that his children, who often went to the hospital due to weak immunity and atopy, stopped visiting the hospital.

In addition, the results of a month-long meat-vegetarian diet experiment conducted last week were also revealed. The two groups, the meat-based high-fat diet and the plant-based high-carbohydrate diet, each succeeded in losing weight and improved blood vessel parameters. In addition, the change in calorie intake was significantly reduced, but both groups showed an increase in protein intake, which drew attention. So, what do meat and vegetarian diets have in common?

Experts said, "Many nutritionists focus their research on the effects of fat and carbohydrate intake on total calorie intake and overlook protein. " he noted.

The subjects of the experiment conducted the experiment with a diet that closely matched the nutrients. However, although the meals they eat look the same, there is a clear difference. Four people were on a low-protein group with 10% protein, and the rest were on a high-protein diet with 30% protein. This experiment was to investigate the causal relationship between the amount of protein and calories consumed.

This study was also consistent with the findings of Dr. David and Dr. Steven, who have been studying the relationship between protein and calories for decades. They argued that protein was the key to moving calories, and argued for the 'protein lever' theory. This means that if there is less protein in the food, you will eat more food until you reach the proper amount. And in a human experiment, they demonstrated that the lower the protein intake, the higher the daily calorie intake.

The two doctors said, "A low-protein meal calls for a snack and increases calorie intake. But even if you eat a snack, there is not enough protein, so the calorie intake will increase." This leads to an increased risk of overweight and obesity.”

Jim Caldwell of Chicago, USA, knew early on the importance of protein. He lost 82 kg compared to five years ago. He lost weight by eating meat and fasting, and for the past 4 years he has been maintaining his weight on the Carnivore diet. In particular, he said that he did not use artificial seasonings at all in his cooking and found a new life with a protein-rich diet by quitting junk food that he enjoyed in the past.

Participants in the diet warfare had a higher intake of processed foods, such as snacks and fast food, while the basic food delivered before the experiment was delivered. The main culprit that made them fat was that it was nothing else but junk food and ultra-processed food.

The expert explained, "Ultra-processed foods make up a much lower portion of protein intake. So, you keep looking for fats and carbohydrates for less protein, and naturally, your calorie intake increases, and you gain weight and are exposed to various chronic diseases." did.

Choi Geon, who lost 35 kg by completely cutting out ultra-processed foods four years ago and following a vegetable-based diet filled with tofu and eggs with protein. At the time, he believed that he could control his weight while enjoying his daily life and said he was confident that he would maintain his weight in the future. However, Choi Geon, whom I met again this year, was remarkably different.

After graduating, I was worried about finding a job, so my meals became irregular and I couldn't follow my diet.

Dr Kevin Hall of the National Institutes of Health conducted costly controlled trials in humans to track down the culprits behind obesity. A total of 20 experimenters were divided into the ultra-processed food group and the natural food group, and the change was observed. It was found that the ultra-processed food group consumed an average of 500 more calories per day than the natural food group, and increased body weight and body fat.

The results showed that increasing the amount of protein not only changed the quality of the diet, but also reduced the number of calories consumed.

Asim, a cardiologist in the UK, said the reason why ultra-processed foods contain less protein "is to make high profits for the food industry." .

And there was a hidden secret in the additives of ultra-processed foods. The point of supreme happiness, the blissful point, refers to the best taste, which is achieved when carbohydrates and fats meet in an exquisite combination. In addition, it was made into an inseparable combination such as cola and hamburger, attracting attention. The expert said, "Starch, sugar, oil, additives, and preservatives are added to combine the perfect taste. However, this intervenes in the appetite control mechanism and makes us humans continue to be hungry," said the expert. "It disrupts the body's signaling system and causes us to consume more calories than necessary. This is because the ability of the brain to automatically calculate calories is impaired by the consumption of ultra-processed foods."

Professor Lee Kwang-beom advised to eat like an animal. There is no obesity and chronic disease in natural ecosystems, because animals show a balanced strategy of consuming optimally required nutrients.

"In nature, protein is the most difficult thing," he explained. "It turns out that herbivores prefer protein when animals, including many insects, have to control one thing first." And it was found that carnivores prioritize fat intake, and primates, including humans, also prioritize protein.

And an example of the fatal cost of excess protein is lifespan, and the more protein you consume, the shorter your lifespan.

Since there is no protein ratio that can maximize growth and reproduction and live long, a suitable spot must be selected, which was the protein trade-off theory.

Archaeologist and chef Bill argued that humans have the most inefficient digestive system, and that we need technology to process food before we put it in our mouths.

And he emphasized the dangers of processed foods, saying, "Everything we eat should be made in our kitchen. Anything that cannot be prepared in the kitchen should not be put in our mouth."

So, was there anything we missed in the Carney Bohr vs vegan and vegan debate? Accordingly, the production team caught the preference for natural food for both meat and vegetarian food.

Derek, a vegan bodybuilder, started a vegetarian diet with his wife, and his wife, Marcella, explained why she became vegan, saying, "I grew up eating mostly processed foods. But before I became vegan, I was always unhealthy and overweight." He said that his life changed by quitting and eating a vegan diet. And they said, "It's important for vegans to eat natural foods," he said. "You can get more complete nutrients. If you go through the processing process, you'll remove the nutrients, but you'll add the bad ones and the good ones."If you eat a lot of nutritionally poor food, you will be consuming fewer nutrients and more calories,” he said, emphasizing the importance of natural foods.

Even on the table of former orthopedic surgeon and athlete Carnie Boer Shaun, ultra-processed foods were a far cry. He said junk food does not exist in a meat diet.

Our diet now consists of meat, vegetarian, and junk food. Processed foods accounted for nearly 70% of our table.

Finally, the broadcast drew attention by warning that the current human race is facing the threat of ultra-processed junk food, which has destroyed the protein and nutrients in the vegetarian diet, and warned that the real meat war is just beginning.

▶ Excessive processing ruins the table... "I should be able to make it in my kitchen"