The young Australian mother, who was prevented by "Disneyland Paris" park rangers from breast-feeding her child on a seat on the site, hopes the outrage sparked by her case will develop mentalities. Australian 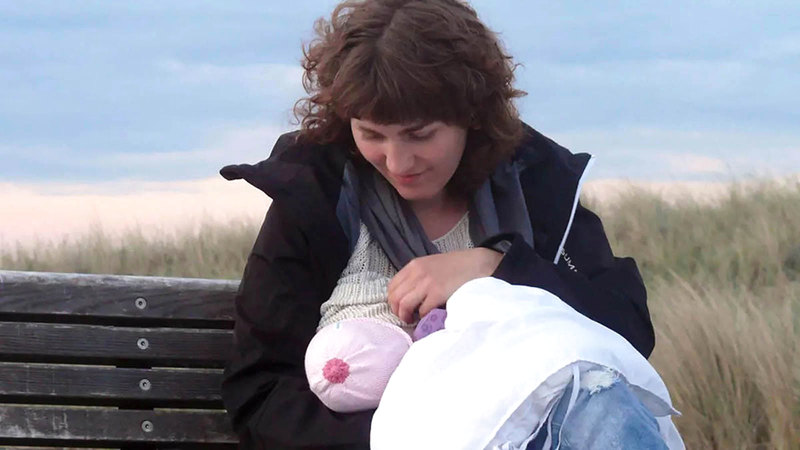 She was so sympathetic that she cried

Disneyland posted an apology on Twitter: "We deeply regret this situation, and once again offer our sincere apologies to the mother concerned."

The young Australian mother who was prevented by Disneyland Paris park rangers from breastfeeding her child on a bench at the site is hoping the outcry from her case will lead to mental development.

Disneyland issued an apology after three security officers asked the 33-year-old, who was breastfeeding her two-month-old daughter near a game, to cover herself or use the space designated for mothers and children in the park.

"I was holding my daughter to my chest, while three people around me were scolding me for something I consider a completely normal part of life," Laura, who preferred to be given only her first name, told AFP.

"I felt completely weak and very afraid," she added.

This mother of two children told the guards that she replied "firmly enough" that she would not comply with their instructions, but they insisted.

"I asked them why such a request was made, and they said that there were other customers in the park from other cultures and religions," she said.

After the case began to be circulated on social media, last Wednesday, Disneyland Paris was satisfied at first by reminding that it "places at the disposal of mothers a child care center with appropriate and comfortable equipment, including breastfeeding seats."

Having rooms designated for that is good, but we don't decide where and when the baby will be hungry.”

This prompted Disneyland to publish another apology on Twitter, saying, "We deeply regret this situation, and we once again offer our sincere apologies to the mother concerned."

France occupies the penultimate position in rich countries in terms of the rate of breastfeeding, as it constitutes the exclusive source of nutrition for one in three children in them, according to data from the United Nations Children's Fund (UNICEF), but there is no law prohibiting breastfeeding in public places. .

Laura said that the person in charge of security assured her that Disneyland Paris does not have a policy to restrict breastfeeding in public places, but the young woman still has unanswered questions.

She added, "The security personnel coming to see me suddenly is a very confusing mystery."

The Australian from Alice Springs, who has lived in France with her husband for five years, said the problem was "bigger than Disneyland" and that inappropriate remarks or suspicious looks were given to other female friends while they were publicly breastfeeding their children.

She called for “an end to these methods of stigmatizing mothers,” urging people to “intervene” when they see “mothers being harassed.”

She herself received the sympathy of a mother who did not know her identity.

"She sat down and started to breastfeed her baby in solidarity with me," she said.

I burst into tears, as I was touched by her kindness.”

Last June, MP Fiona Lazar proposed a law imposing a fine of 1,500 euros on anyone who prevents a mother from breastfeeding her child, after reports that a mother was slapped in Bordeaux (southwest of France) for publicly breastfeeding her.

young Australian was prevented by the guards of "Disney Paris" from breastfeeding her child on a park bench.

Laura: “I was holding my daughter to my chest while three people around me were scolding me for something that I consider a perfectly normal part of life.”