"Day of great joy": in Greece, found stolen paintings by Picasso and Mondrian

Greek police and intelligence officers found paintings "Head of a Woman" by Pablo Picasso and "Windmill" by Pita Mondrian, which were stolen from the National Gallery of Art in Athens in January 2012. It turned out that all the time since the disappearance of the paintings were on the territory of the country, near the city of Keratea. The suspect, a 49-year-old Greek citizen, was also detained. 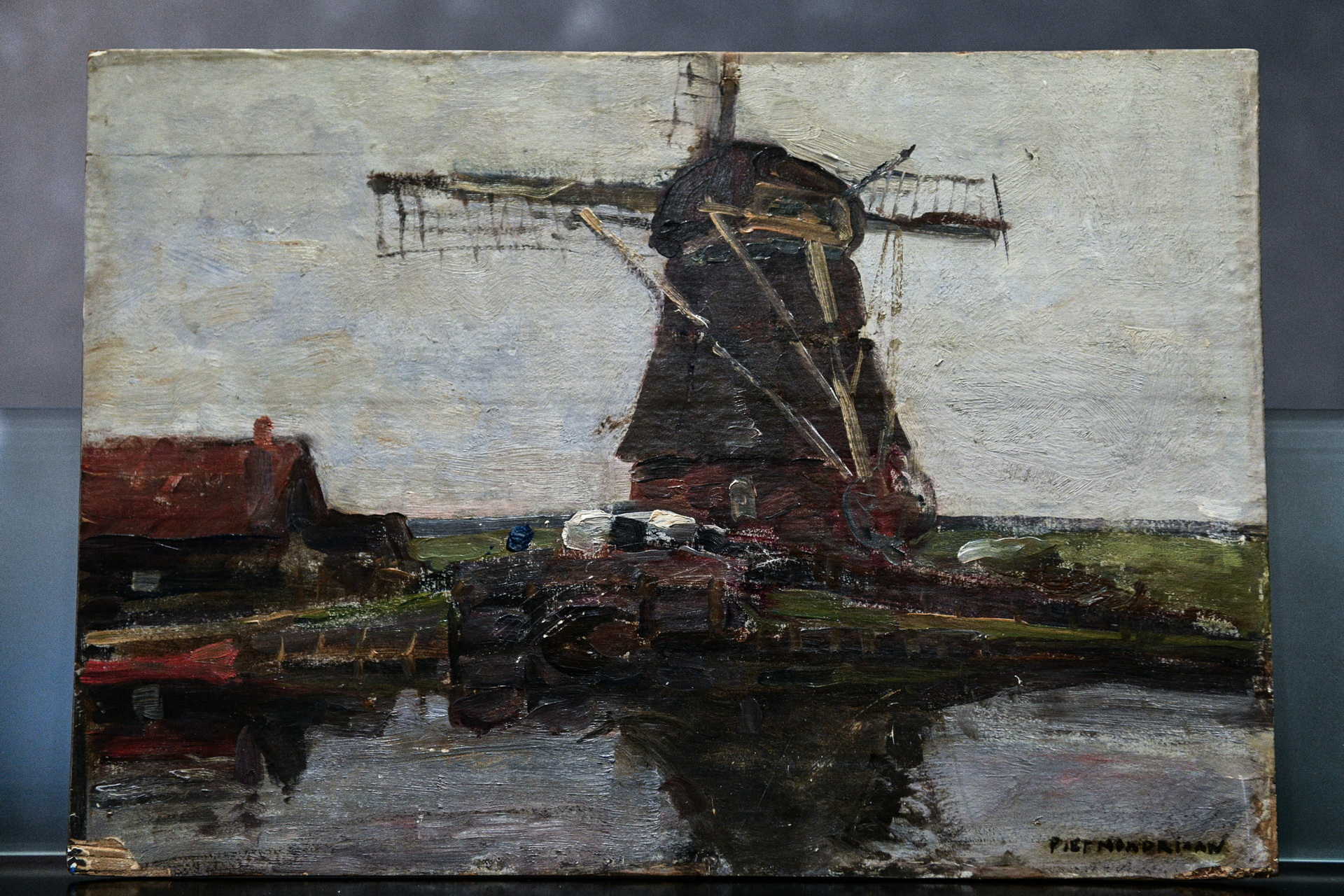 Police and the Greek National Intelligence Service managed to find paintings stolen nearly a decade ago from the National Gallery of Art in Athens.

According to the Proto Tema edition, then the attackers stole three works: the paintings “Head of a Woman” by Pablo Picasso and “Windmill” by Peter Cornelis Mondrian, as well as a drawing of religious themes by the Italian master Guglielmo Cacci, made in ink.

The works of Picasso and Mondrian were found in a gorge near the small town of Keratea.

A suspect in involvement in the crime was also detained.

It turned out to be a 49-year-old Greek citizen.

The detainee said that at first he kept the paintings in a warehouse, and then moved them to the gorge.

The blades have been carefully packed to protect them from damage.

The crime was committed in the early morning of January 9, 2012.

According to Reuters, they activated the alarm several times in order to mislead the guards.

Then the criminals opened the balcony door without damaging the lock.

A motion sensor was triggered in the room, and a guard arrived at the scene, but he could not catch up with the intruders.

The thieves intended to take another painting of Mondrian, but left it to hide from the pursuit.

They were reported to have been in the gallery for only seven minutes.

In subsequent years, stolen paintings were searched for at auctions, black markets and private collectors.

Thanks to experts in the field of fine arts, it was possible to establish that during this time, Picasso's painting did not fall into private collections in any of the countries.

Based on this, the police assumed that the paintings are still in the territory of Greece.

The investigation was resumed several months ago.

According to the Greek edition of The TOC, the Minister of Culture and Sports of Greece, Lina Mendoni, called the day of the return of the paintings a day of great joy, and also said that this offense caused the deepest trauma to the National Gallery.

Pablo Picasso's painting "Head of a Woman" was painted in 1939 in oil on canvas.

In 1949, the artist donated the painting to the National Gallery of Art in Athens.

Thus, he expressed gratitude to the Greeks for resisting the Nazi occupiers during the war.

On the reverse side there is an inscription “To the Greek people, a tribute from Picasso”.

The work, along with the works of other artists, was sent to Greece by the French artistic union.

Previously, the work belonged to the Greek collector Alexandros Pappas.

Picasso's works have repeatedly attracted the attention of malefactors.

In 2018, a painting by an artist called "Harlequin's Head" was discovered in Romania, which was stolen in 2012 from an art gallery in Rotterdam.

The painting was found in Tulcea by Dutch citizens.

They donated the artwork to their country's embassy in Bucharest.

The cost of the "Harlequin's Head" is estimated at € 800 thousand.

Also in 2019, the Netherlands managed to find a work by the artist "Bust of a Woman" (it depicts Picasso's muse Dora Maar).

By that time, she was considered kidnapped for 20 years, after the sheikh from Saudi Arabia disappeared from the yacht.

According to Sky News, the find was reported by Dutch detective Arthur Brand, who is investigating cases related to cultural and art objects.

According to Brandt, he learned about the painting from representatives of an entrepreneur from the Netherlands, who purchased the painting.

The buyer did not know that the painting had been stolen.

Experts confirmed the authenticity of the work and estimated its cost at about € 25 million.

A number of major robberies in museums and galleries around the world took place in 2019.

So, in November, attackers stole valuables from the Dresden treasury "Green Arch" worth about € 1 billion. In June, the media reported that a mask worth € 300,000 was stolen from the gallery of the Christie's (Paris) auction house. In March, employees of the Louvre branch in Abu- Dhabi talked about the disappearance of the painting "Savior of the World", the most expensive painting in the world (its cost is $ 450 million).

The author of the work is considered to be Leonardo da Vinci.