More than two thousand fragments of a crashed British bomber from the Second World War will be on permanent display from 10 July in the Overloon War Museum. About fifteen volunteers put the debris together on Saturday and Sunday. 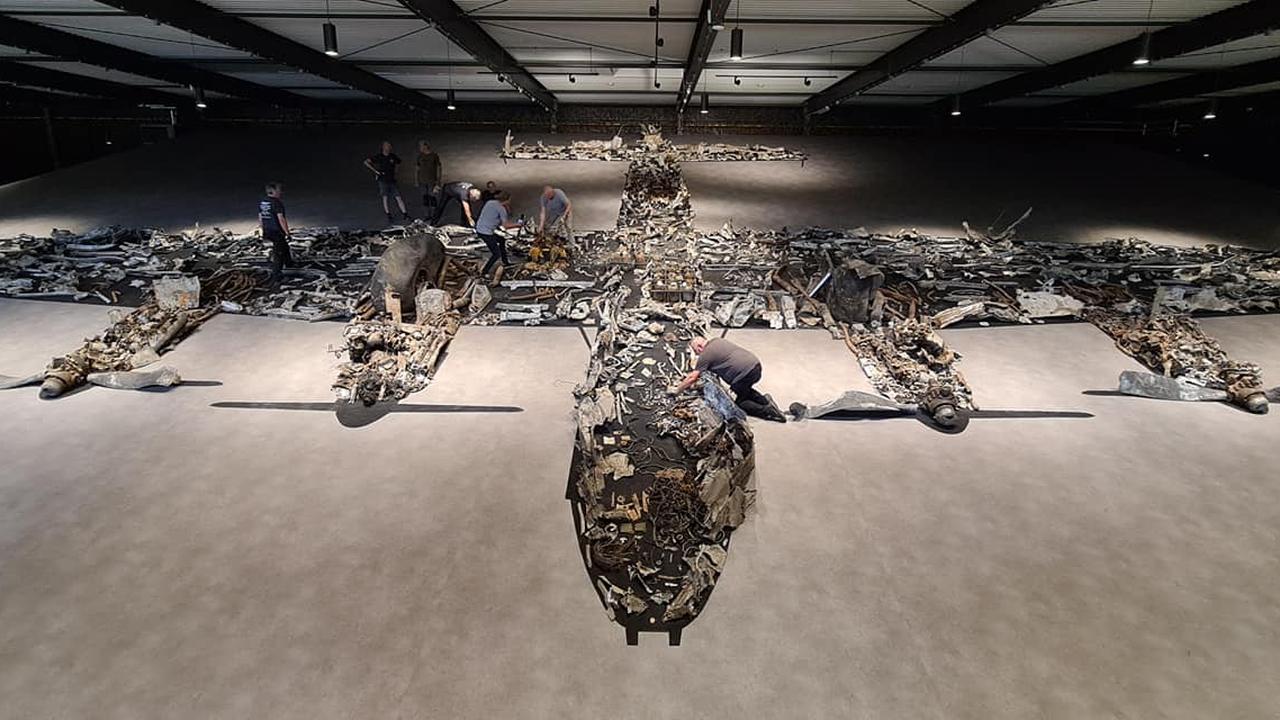 More than two thousand fragments of a crashed British bomber from the Second World War will be on permanent display from 10 July in the Overloon War Museum.

About fifteen volunteers put the debris together on Saturday and Sunday.

The remains of the 31 meter wide and 21 meter long Lancaster NN775 are exhibited on a sloping roof, with the nose down.

In this way the silhouette is easily recognizable.

The Lancaster was hit by German anti-aircraft fire on 5 March 1945 on its way back from a bombing raid over Gelsenkirchen.

The aircraft crashed near Glabbeek in Belgium, with the nose straight down, and then drilled meters deep into the swampy ground.

The seven crew members were killed.

In 2016, the aircraft was excavated and three remains were recovered.

After a long search, the municipality of Glabbeek decided to give the device to the War Museum on permanent loan.

Given the size of the colossus, there are few museums where there is enough space to exhibit the Lancaster, the spokesperson said.

This weekend the wreckage was neatly arranged on anti-slip mats.

"The eight Belgian volunteers of the Plane Hunters Recovery Team were also involved in the excavation of the Lancaster. They knew exactly which pieces had to be in which places."

"We are missing some pieces here and there. After all, it has been in the ground for years. In addition, one propeller of the aircraft has been placed on a memorial monument in Glabbeek. But everything else is now in place. We started on Saturday at 10:00 am, and it was finished on Sunday at 2 p.m. We are now going to finish it up even more and give it context. Visitors who walked by were already asking questions about what it is they saw."

From July 10, there will be an exhibition about the air war under the sloping ramp on which the aircraft rests and a film about freedom will be shown.