"Man of the era": the general director of OTR Anatoly Lysenko died

Soviet and Russian journalist Anatoly Lysenko died at the age of 84 after a long illness. He started working in television in the late 1950s. Over the years of his career, Lysenko took part in the creation of such programs as "Look", "What? Where? When? ", KVN. In the 1990s, he headed the All-Russian State Television and Radio Broadcasting Company, and since 2012 he has been the CEO of OTR. Colleagues of the journalist remember him as a creative person and a great professional who made a significant contribution to the formation of modern Russian television. 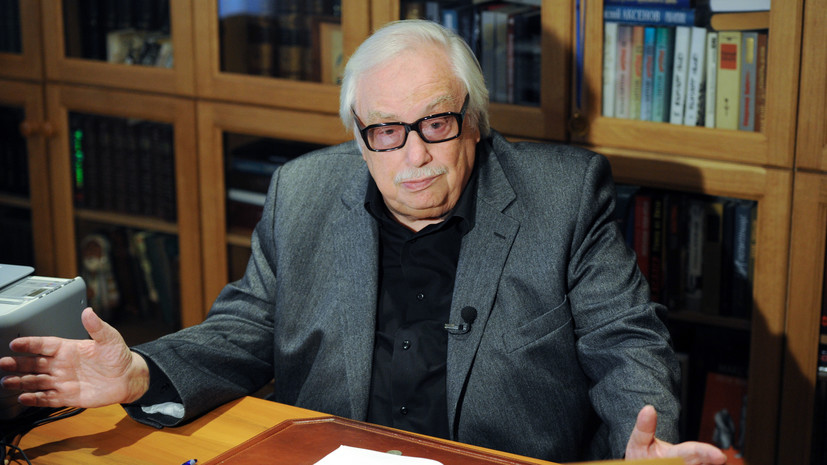 TV journalist, general director of the Public Television of Russia (OTR) channel Anatoly Lysenko died at the age of 85.

According to TASS, he died after a long illness.

Vladimir Putin expressed his condolences to the family and friends of the journalist.

Lysenko's memory was honored by his colleagues.

Chairman of the Union of Journalists of Russia Vladimir Solovyov, in an interview with RT, called Anatoly Lysenko "one of the pillars" of Russian television and modern domestic journalism in general.

“This is the person who invented and created Vzglyad, a lot of other programs of the youth editorial board, which were definitely included in the textbooks of television journalism.

And of course, his great contribution to the creation of Russian television - RTR, is now a huge international holding, one of the largest in Europe, and once it all started with three offices and one studio in Ostankino.

I also participated in this and, of course, was well acquainted with Anatoly Grigorievich.

And he once sent me to Antarctica, to Yugoslavia and to many other places.

The deepest condolences to the family, relatives of Anatoly Grigorievich and all my colleagues, employees of OTR, ”says Vladimir Solovyov.

Yevgeny Revenko, a journalist and member of the State Duma Committee on Information Policy, Information Technology and Communications, recalled Anatoly Lysenko's contribution to the development of national television.

“This is sad and difficult news for all of us, for all those who have worked, work on television, and, of course, for the millions of viewers.

Anatoly Lysenko is, without exaggeration, the legend of Russian television.

When we talk about the formation, development of television in our country, it is impossible not to imagine Lysenko.

Andrei Bystritsky, journalist, dean of the Faculty of Communications, Media and Design of the National Research University Higher School of Economics, also noted that modern Russian television cannot be imagined without Anatoly Lysenko.

“Anatoly Grigorievich is one of the brightest people on Russian television, a man of the era, who has created a lot of wonderful, youthful programs ... A man of amazing creative imagination.

I think that Anatoly Grigorievich Lysenko has done a lot in modern Russian television.

This is the formation of Russian television, independent, free, in the early 1990s - without Lysenko it would have been unthinkable, "Bystritsky stressed.

“He was an outstanding, true TV master of his craft.

This is the most important thing.

And it would be good to leave a kind, long, and, perhaps, eternal memory about him.

He was a wonderful journalist, a wonderful presenter and a surprisingly convincing person on the screen, who just did not rush with words.

Of course, we must preserve his memory as a wonderful, unique, creative person, ”said Kirillov.

At the same time, Lysenko worked at the Lublin Foundry and Mechanical Plant and gave lectures in a number of Moscow educational institutions.

Anatoly Lysenko's journalistic debut took place on the Central Television and Radio Broadcasting Center of the USSR in the late 1950s.

He began working permanently in television since 1968.

The journalist participated in the preparation of such popular TV programs as “What?

He also acted as one of the authors of the "Vzglyad" program, which forever changed the national television.

He also took part in the creation of the TV Center company.

Since 2012, Anatoly Lysenko has held the position of General Director of the Public Television of Russia channel.

His activities were awarded the Orders of Friendship and "For Merit to the Fatherland" III and IV degrees, as well as a number of professional awards.

In 2018, Alexander Lysenko was awarded the title of Honored Journalist of Russia.