Few books are translated from Arabic to Swedish: "Disinterest from publishers"

There are far too few fiction books translated from Arabic to Swedish. This is the opinion of representatives of the book industry. One of the few novels translated this year is Celestial Bodies, written by award-winning author Jokha Alharthi. 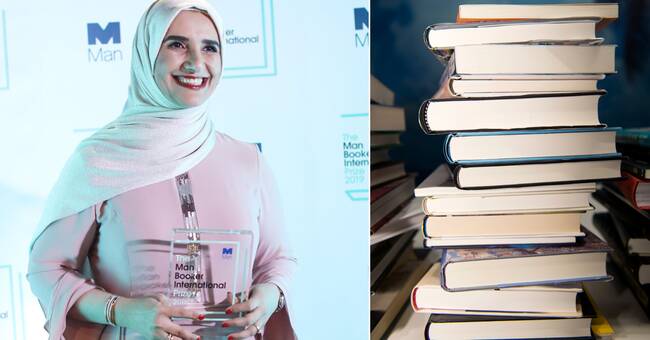 In the book industry, the under-representation of books translated from Arabic has been pointed out for a long time.

Celestial Bodies is one of only two Arabic-language novels that have been translated into Swedish so far this year.

This can be compared with seven from Finnish, which was previously the second largest mother tongue in Sweden, 54 from French and 508 from English.

It shows figures from the library service Libris.

At the same time, many languages ​​are underrepresented in Swedish translation, this applies to both African and Asian languages.

Celestial Bodies is published by Tranan, one of the few smaller publishers that invests in translated literature.

- I still think it is a remarkably low figure if you consider that Arabic is the second most spoken language in Sweden and a world language, says Johannes Holmqvist, publishing director at Tranan.

Lack of demand and few translators are often highlighted as reasons for under-representation.

Johannes Holmqvist does not agree with that explanation.

- There are not that many publishers who read or can take in the Arabic literature.

It is not a question of not having translators, because there are many good ones.

It is rather a lack of interest in translating from the publishers' side, says Johannes Holmqvist.

Daniel Sandström at Albert Bonnier's publishing house has a different view on the matter.

He believes that the problem lies in what the book industry looks like.

Arabic-language books often need to be translated into languages ​​such as French and English before they are picked up by Swedish publishers.

There has also been a lack of an open book market in many Arabic-speaking countries where authors can work freely, says Daniel Sandström.

- It is not about a lack of interest, but we feel that it has been difficult to find books that can reach a wider audience, not just Arabic literature.

It is generally the case that the market for translated literature in Sweden is quite tough.

I think you have to have a system to find these authors, for example other lecturers and other international contact points, says Daniel Sandström.

Celestial bodies are an exception

Jokha Alharthi is an Omani writer and academic.

In 2019, she was the first Arabic-language author to win the International Booker Prize.

In the novel Heavenly Bodies, which is now being published in Swedish translation, she depicts a family over three generations in Oman during a time when the country is moving from a slave-owning society to a rich oil country with luxury malls.

Women gain more power and opportunities for education, but at the same time older values ​​survive.

- People lived the same life for decades and suddenly everything changed.

I am interested in how that change affects people not only materially, but also their feelings and thinking.

For the future always brings something better?

These are the kind of questions I ask, says Jokha Alharthi.