The story of the Amazigh warehouses in Morocco... the oldest banking system in the world

Berber grain stores are considered one of the oldest banking systems in the world, and their communities in the mountainous regions of southern Morocco used them to store grain and preserve valuables of all kinds. These warehouses, called "Ekudar", date back to centuries ago. Under the management of Amin 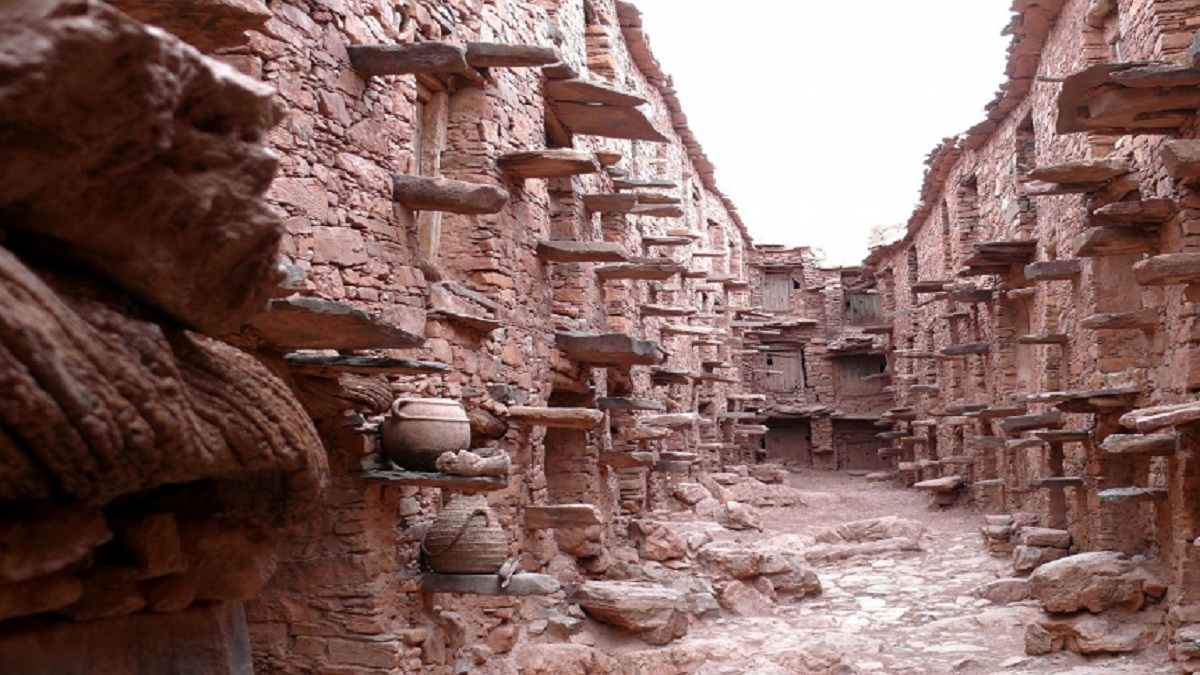 The story of the Amazigh warehouses in Morocco... the oldest banking system in the world

Berber grain stores are considered one of the oldest banking systems in the world, and their communities in the mountainous regions of southern Morocco used them to store grain and preserve valuables of all kinds.

These stores, called "Ekudar", date back many centuries.

Under honest management, citizens were able to preserve valuables, documents, jewelry, and store grains, legumes, oils, dates, and others.

Said Oufkir, deputy head of the Taskdelt group, said, "I will talk about Agadir (plural Ecudar in Amarigian) which is an ancient treasure that is like a bank in the region, where grains such as barley and wheat are stored, as well as documents such as property fees, and jewelry, especially silver. But with the drought most people no longer have them. What they store.There is a man we call Lamine (the Secretary), who is the keeper of the storehouse in Agadir, and there is also a committee called Inflas, represented by a person from each tribe, consisting of 10 people or more according to the region, to manage the stores of Agadir and enact customary laws and conditions that are written on (wooden) boards containing over all laws and conditions for the management and use of Agadir.

For his part, Khaled Al-Ayawd, a research professor and community expert (in Arabic), says, "I say maybe these collective warehouses may be the first foreshadowing of the emergence of banks, because when we say a bank is a secure place to protect property. What we know today is that these storehouses developed their tablets, and the tablet, by the way, is the custom that runs these institutions, the oldest tablet known to researchers is the Agadir Ogarif tablet, written in 1492 AD. It is known that writing does not begin until people develop the history of these areas, meaning they go back to the beginning of stability The human".

The storehouses are in their designs reminiscent of fortified castles and are guarded and secured in a manner that demonstrates great architectural intelligence.

The Ecudars were usually built in safe locations, isolated from the vagaries of nature and heavily guarded in case of war or looting.

These stores can be seen scattered across the Souss plain and the Anti-Atlas Mountains.

The Moroccan Ministry of Culture recently launched a plan to classify these silos as a national heritage and include them on the UNESCO World Heritage List.