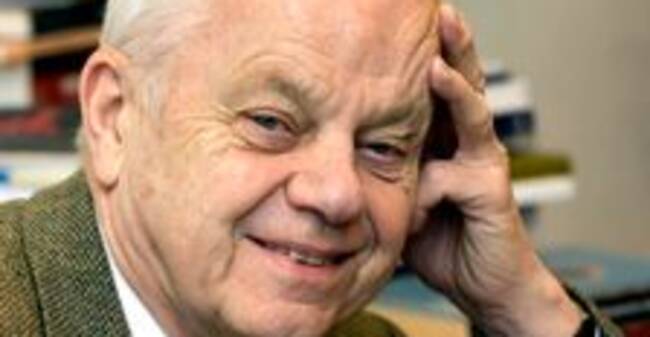 This is confirmed by the Social Democrats' press manager Emma Cederstrand for DN.

The former minister's wife also writes about the death on Facebook: "It is with great sadness in my heart that I now announce that my beloved husband, Bengt Göransson, yesterday quietly fell asleep after a period of illness".

Bengt Göransson was Minister of Culture in Olof Palme's government during the 1980s and then Minister of Education 1989-1991.

Party secretary Lena Rådström Baastad (S) tells DN that Bengt Göransson was “a true educator, a diligently hired and much appreciated speaker in our movement.

We have lost a strong and inspiring voice on issues of democracy and education. "

Lars Ohly, former party leader for the Left Party, tweets that Bengt Göransson is "Sweden's best culture minister of all time" and the current culture minister Amanda Lind (MP) writes that the former minister has been a great source of inspiration for her personally, with her ideological sharpness, genuine commitment and passion for education and the intrinsic value of culture:

"Bengt (has) had such great significance for our cultural life, then and even today", she writes in a post on Facebook.