Book review: "Villebråd is a book you should expose yourself to"

In the book Villebråd, Ayaan Hirsi Ali delivers a strange mixture of on the one hand sharp, challenging analysis and moral uplift, on the other hand an empirical and factual handling that at times becomes purely parodic, writes Kulturnyheter's Per Andersson in his review. 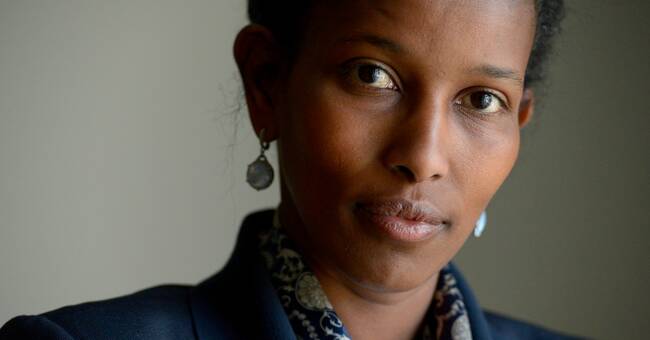 In Villebråd's strangest chapter, Ayaan Hirsi Ali describes how she and her research team fail to find a certain trial in Germany that they want to cover.

A man from North Africa is said to have been charged with raping a German woman, but they seem to have few and vague information to go on.

Instead of discarding that track as a normal journalist and looking for one that works better, Hirsi Ali expands the story of the failed research into a lament over unhelpful chancellors who hinder her scrutiny.

frustrated outside a courtroom where some form of rape case is going on behind closed doors.

There she sees a gray-haired lady whose hobby is to hang out in courts - Rättegångsnörden !, together with the taxi driver in a distant land, one of the primary sources of lazy journalism - who on direct question thinks that more Muslims are being prosecuted in German courts.

Hirsi Ali seems to experience this as a triumph: despite the establishment's attempts to stop her, she finally manages to hear the truth from this German pensioner.

To a sober reader, it seems like pure farce.

Why such an obviously intelligent and qualified writer uses such pagan rhetoric is puzzling to me.

In a more important chapter

, the reader is bombarded with crime statistics from several European countries. The intention is that the figures should show a dramatic increase in sexual crimes after the large influx of refugees in 2015, but it does not really want to. Most things seem to be fairly stable, with overseas migrants overrepresented among the perpetrators (that this is so is now generally known and why it is so is an issue that should be discussed and which is also being discussed). Still, she begins the next chapter with a happy one: when we have now established that "mass immigration" has led to a dramatic increase in sexual offenses ... Although Hirsi Ali in the previous chapter even complains that the correct statistics are not kept, which could prove that what she thinks she knows is true.

She rightly teaches the

Crime Prevention Council in Sweden, which did not want to publish the statistics they had - but when she tells this, she is based on critical reviews made by both SVT's Assignment review and Expressen and Aftonbladet. It is not exactly the case that the darkening passes in silence, on the contrary, it is examined and criticized by journalists and BRÅ changes. In Hirsi Ali's story, the debate and change are petitesser on the fringes of the field of view; the eternal story is that Europe floats on target when the perpetrators are migrants.

In a long chapter, she continues the notion that there is a North African custom called something like taharrush gamea, which can be translated to the rape game, and that this has now "arrived in Europe" with the influx of refugees. She does not have to share my and many others' opinion that this was a myth and newspaper duck - but if you want to write seriously about it, you must mention that there is a strong critical debate about the term and its reality. And since Arabic is one of the six languages ​​Ayaan Hirsi Ali speaks, she should also be able to have a qualified discussion about the translation and the possibly incorrect transcription, where taharrush

literally means group abuse. The imaginative game / play seems to be a pure invention of a report writer at the German Federal Police.

Despite demagoguery, exaggeration and misinterpretation.

She has a point, basically, and it's important.

European authorities, politicians and the media have repeatedly hovered over the goal of condemning the oppression of women in the Muslim population.

We need to work away this reflex, to tone down so as not to ignite a racist reaction.

And that is basically

what Ayaan Hirsi Ali says: if you are to fight female genital mutilation, child marriage, forced marriage and honor killings - then you must fight the Muslim patriarchy.

So I think this is a book to be exposed to.

It's a useful fight.