30 creative people from the UAE in "Bologna for Children's Book"

The head of the Sharjah Book Authority, Ahmed bin Rakkad Al Ameri, revealed the details of the cultural program that Sharjah will present as part of its participation (guest of honor), "Bologna International Children's Book Fair", from March 21-24, 2022, stressing the emirate's keenness to strengthen relations with various societies and cultures, 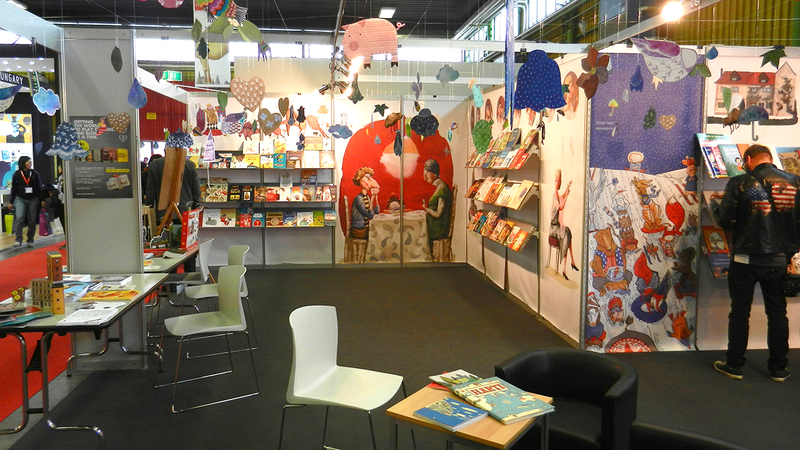 Ahmed Al Ameri: “Sharjah Book” was established to establish a culture of reading in the UAE and the Arab world

30 creative people from the UAE in "Bologna for Children's Book"

The head of the Sharjah Book Authority, Ahmed bin Rakkad Al Ameri, revealed the details of the cultural program that Sharjah will present as part of its participation (guest of honor), "Bologna International Children's Book Fair", from March 21-24, 2022, stressing the emirate's keenness to strengthen relations with various Societies and cultures, on common human foundations, in translation of the directives of His Highness Sheikh Dr. Sultan bin Muhammad Al Qasimi, Member of the Supreme Council and Ruler of Sharjah.

This came during a virtual dialogue session, which brought together Ahmed Al Ameri and the director of the "Bologna International Children's Book Fair", Elena Pazoli, which was held within the activities of the current session of the exhibition, and was entitled "Sharjah is the guest of honor for the 2022 session."

Al Ameri explained that more than 30 writers, illustrators and artists, in addition to a number of Emirati and Arab storytellers, will present discussion sessions, workshops and reading sessions, to shed light on the pioneering experiences of the United Arab Emirates and introduce the Italian public to Arab children's literature.

The participation program includes organizing four school visits, several workshops, and interactive reading sessions for children, in addition to showing two films at the “Testoni Theatre.” The Sharjah Book Authority will present 17 children’s books written by a selection of Emirati writers, translated from Arabic into Italian. .

During the session, Al Ameri discussed the "Artistic Production Workshops" project, which was launched in February 2019, in cooperation with international mentors from different cultural backgrounds, with the aim of enhancing the skills of Emirati painters, as part of the authority's preparations to participate in the exhibition, where the training contributed to upgrading the capabilities of the participating painters.

In a question asked by Elena Pazzoli, about the march of the Emirate of Sharjah in supporting the culture of reading, and how it turned into an "incubator for books, science and knowledge", Al-Amiri indicated that the beginning of that march dates back to 1925, the year of the establishment of the Al Qasimia Library, which was the first seed of the Sharjah cultural project.

Al Ameri said: "The keenness of the Emirate of Sharjah to promote the culture of reading and spread knowledge, embodies the vision of His Highness the Ruler of Sharjah, and his belief in the ability of writers and literature to improve peoples' lives and develop the capabilities of the young generation.

Based on this vision, the Sharjah International Book Fair was established 40 years ago, to be an important step towards establishing a culture of reading in the UAE and the Arab world.”

Al Ameri stressed the importance of the various cultural events and activities organized by institutions and bodies in the emirate, such as the Sharjah International Book Fair, the Sharjah Children’s Reading Festival, and others, in promoting the culture of reading, supporting books and consolidating the image of Sharjah as an incubator of knowledge and creativity, noting that winning The Emirate of Sharjah with the title of "The World Book Capital for 2019" represents the culmination of this vision that is unique to the Emirate of Sharjah.

The Chairman of the Sharjah Book Authority, Ahmed Al Ameri, confirmed that the launch of Sheikha Bodour Al Qasimi, President of the International Publishers Association, “Kalemat Group” in 2007, contributed to setting the highest quality standards in providing original books and valuable content, capable of motivating children to read, and promoting their connection to their culture and history.

This step also contributed to the development of the Arab children's book industry in the region, which witnessed remarkable growth with the entry of many Arab publishing houses specialized in publishing children's books.

Considering that the various prizes in the field of children's books have also contributed to enhancing the quality of literary works, in terms of text, content, graphics and directing, most notably the "Etisalat Prize for Children's Books", amounting to $325,000, which aims to honor the best literature in the field of children's books, Encouraging writers, illustrators and publishers to innovate and improve publishing practices.

Chairman of the Sharjah Book Authority: "We are keen to strengthen relations with different societies and cultures."