For the first time in more than a hundred years, the Golden Coach can be viewed up close for a longer period of time, in the exhibition that the Amsterdam Museum is organizing around the famous carriage. The question is whether Willem-Alexander and Máxima will ever take a seat in the carriage again, because its appearance has caused the discussion to flare up. Professor Gert Oostindie expects the Golden Coach to remain in the museum. 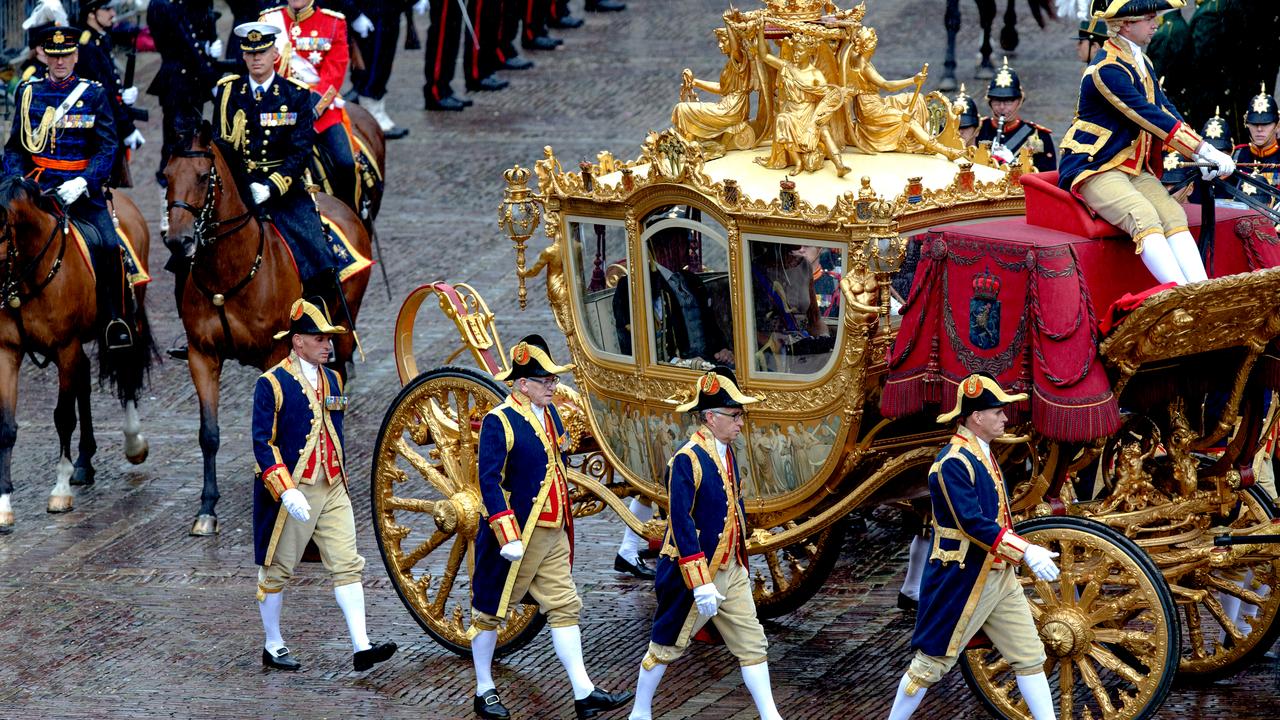 For the first time in more than a hundred years, the Golden Coach can be viewed up close for a longer period of time, in the exhibition that the Amsterdam Museum is organizing around the famous carriage.

The question is whether Willem-Alexander and Máxima will ever take a seat in the carriage again, because its appearance has caused the discussion to flare up.

Professor Gert Oostindie expects the Golden Coach to remain in the museum.

The carriage is decorated with multiple panels.

One of these, called

According to critics, this glorifies the colonial past of the Netherlands.

The work dates from 1898. "The moment when colonialism in the Netherlands was at its peak," says Oostindie, professor of colonial and postcolonial history at Leiden University.

"A very important period for the Netherlands, which was still virtually undisputed at the time. This is also depicted on the panel that conveys the message: The Netherlands has a large empire thanks to the colonies and the people who live there are happy with it. That is why the panel has He also received his title. Slavery had already been abolished at the time, so the people depicted are not slaves, but colonial subjects."

Oostindie explains that the people are depicted half-naked and in submissive poses, which does lead to associations with slavery and racism.

"And there is no doubt that the people in the colonies were exploited then. It makes sense that this is not going well now."

'It was thought: that is a closed chapter'

The discussion around the carriage has only really flared up in the last few years, but the first real protests started in 1990, a little over a hundred years after the Golden Coach was put into use.

The Curaçao artist Ruben La Cruz protested against the panel at the Rotterdam Summer Carnival.

In 2009 it was activist Jeffry Pondaag who wanted the carriage to stop running and demanded reparations to the victims of colonialism.

The Black Lives Matter movement accelerated the discussion and the activist group Helden van Nooit said they would continue to daub statues in public spaces as long as the carriage was still in operation.

How come the panel hasn't been talked about for nearly a century?

"For a long time it was thought: that is a closed chapter, we do nothing with it anymore," says Oostindie.

"When the migrants from the colonies came to the Netherlands, they also took the history of their country with them. There was a critical rediscovery of the colonial past of the Netherlands."

"They discovered that this history was not known and recognized in the Netherlands and developed a successful lobby to change that. The Netherlands finally started to look more critically at its own history."

Willem-Alexander: 'We are restoring the Golden Coach as it was'

The carriage last ran in 2015, after which the restoration started.

King Willem-Alexander, who paid 1.2 million out of his own pocket for the repair of the carriage, already announced at the time that he wanted to think about the future of the carriage and whether it will still be driven around at all.

"It is time that we behave so that slavery is no longer acceptable," activist Jerry Afriyie, leader of Kick Out Zwarte Piet, told the

. Politicians are divided on the dilemma. For example, Sylvana Simons of BIJ1 agrees with Afriyie's position, but says FVD MP Gideon van Meijeren "that we should not be emotionally blackmailed by a small group of pushy extremists who see racism under every stone".

Oostindie does not expect the carriage to be used and thinks it will remain a museum piece.

"I also don't think Willem-Alexander likes to drive around in a carriage with such a colonial mentality on it. His great-grandmother thought it was fantastic, but he has also grown with the postcolonial criticism."

'Carriage is part of our history'

Incidentally, the other images also express a kind of ideology of submission to the elite.

"Such a carriage breathes the spirit of the past and that fits perfectly in a museum, with an explanation. It is part of our history and it can also help to conduct an open debate about these subjects," says the professor.

The exhibition in the Amsterdam Museum devotes a great deal of attention to this discussion. It is our ambition to contribute to a nuanced lively debate with this exhibition and the extensive educational and public program.